On one side, the gun club wants to establish an accessible shooting range. On the other side, a small community cemetery is worried about the noise of gunfire. 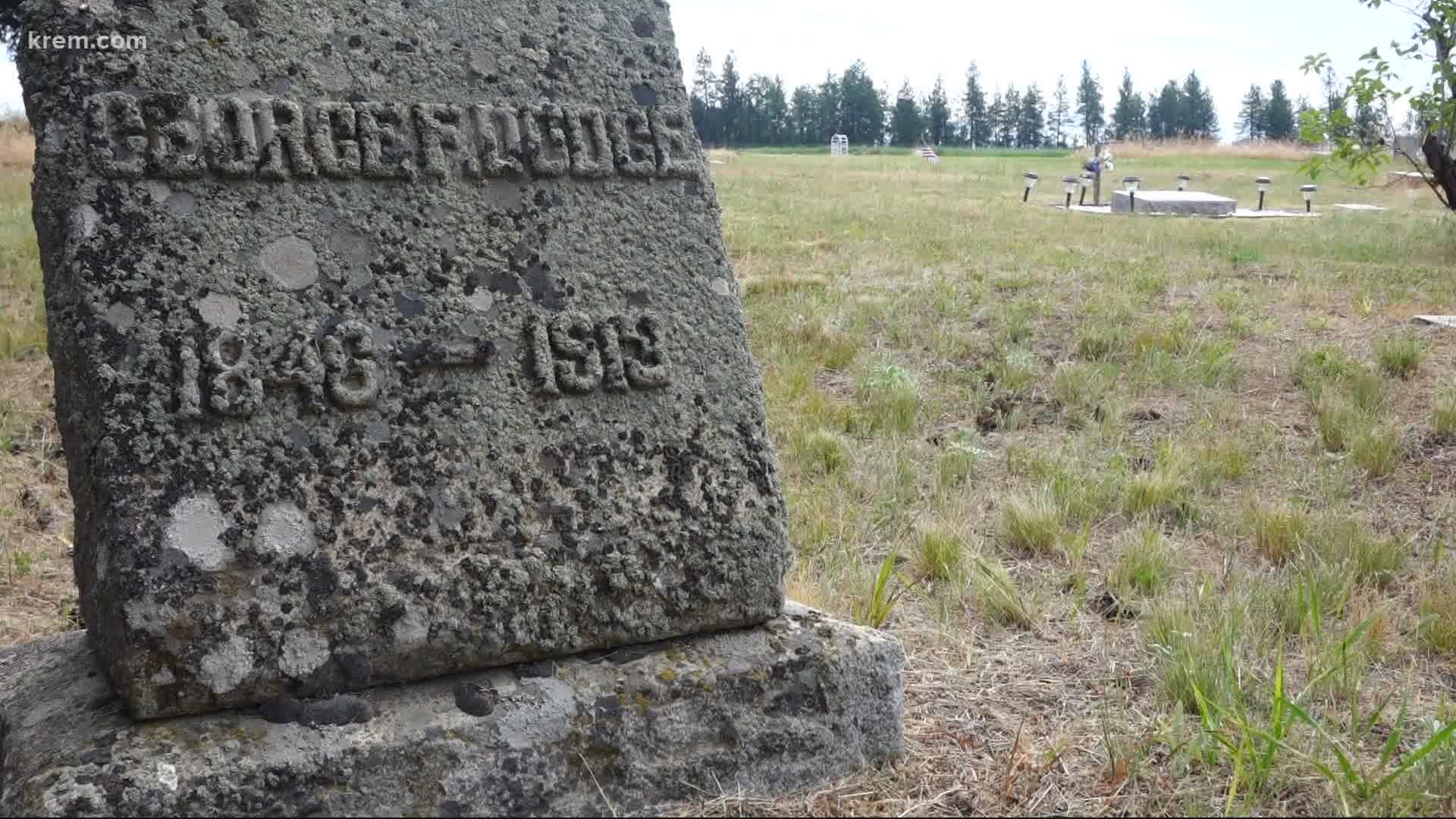 MEDICAL LAKE, Wash. — A small group of volunteers and the Spokane Gun Club are at odds over the recent approval to develop a gun range across the street from the Medical Lake Cemetery.

On one side, the Spokane Gun Club wants to establish an accessible shooting range for people across the Inland Northwest. On the other side, a small community cemetery is worried about the constant noise of gunfire.

“I’ve been coming here all my life … this is where my husband and I chose to be buried,” said Connie Cada, the treasurer for a dedicated group of volunteers who serve at the Medical Lake Cemetery. “We met in Medical Lake, and we love this quiet, peaceful place.”

A legal battle has ensued, with the cemetery association appealing the county Hearing Examiner’s decision to approve the Conditional Use permit. They’re trying to keep the cemetery “peaceful,” citing concerns that a noisy gun club is incompatible with the historic cemetery which has been in existence for more than a century.

The Spokane Gun Club declined to comment for this story.

The cemetery, just off of Thorpe Road, is on the Washington Heritage Register, and has been in the same spot for almost 150 years.

Cada is a part of a handful of people who mow the lawn and do other basic groundskeeping at the cemetery.

Cada said she and other volunteers starting hearing talks that the Spokane Gun Club, which is currently located in Spokane Valley, wanted to expand onto a 451-acre plot of land across the street from the cemetery.

However, Cada said she wasn’t too worried because most of the land around the cemetery has been designated a “No Shooting” zone since 1993.

“It just didn’t seem like it could happen because of it being a no shooting zone,” Cada said. “But as we’ve gone through so many processes, it just, they took one more step, one more step. And we kept saying, ‘But this doesn’t make sense!’.”

But in August of 2019, the ‘no shooting’ restriction was lifted by Spokane County Commissioners, at the request of the Spokane Gun Club.

When KREM 2 reached out to the Commissioners for this story, a county spokesman declined to comment, citing it as an ongoing legal issue.

The Spokane County Hearing Examiner also did not respond to our requests for an interview.

Credit: KREM
A gravesite at the Medical Lake Cemetery.

Ryan Poole is a private attorney helping the cemetery association in its fight against the gun club’s expansion. He describes the current fight against a well-financed Spokane Gun Club as a David and Goliath struggle.

“[It’s] resources. The cemetery does not have a $5 million treasure chest to work out of,” Poole said. “And that war chest is a real issue.”

Poole said getting involved was an easy decision for him.

“It’s an easy thing to get involved with because there’s good and bad, and right and wrong,” Poole said. “And the idea to develop that property, right across from a cemetery, that way is a very bad idea.”

Poole has said that constant gunfire at the cemetery will take an emotional toll on families and visitors. But he also believes certain legal provisions have been overlooked.

According to current laws, when a land-use designation is changed, neighbors of the proposed development are supposed to be notified. But in the case of a cemetery, that makes notification more difficult.

Poole said there are people who will be impacted forever if the gun club is allowed to develop its expansion across the street from the cemetery.

“I think anybody that has gone to a cemetery, has attended a funeral, has laid someone to rest, knows what they would like when they’re here,” Poole said. “I think they’ve [Spokane Gun Club] has been fortunate thus far not to have push back, and so the process has unfolded with essentially no resistance. And when we see how the conditional use application was reviewed, we don’t see that any attention was given to the cemetery.”

According to the Hearing Examiner’s final declaration, “shooting at the various stations of the gun range will amount to discharging a firearm every .9 seconds.” From the cemetery, this will be heard at 50-60 decibels, or “the equivalent of busy freeway traffic.”

A place to mourn

Cada said the Spokane Gun Club has proposed making accommodations to prevent shooting during funeral services as long as there’s 48 hours of advanced notice. They also offered small windows of quiet time — up to 30 minutes long — without gunfire for families wanting to visit a gravesite.

One such family that frequently visits the cemetery is that of Journey Tueller.

“She [Journey’s mother] can hardly talk about it without crying,” Cada said.

Journey was killed in a crash near Airway Heights when she was just 17 years old. She and three other teenagers were on the way to meet a bus for a high school track meet when the crash happened.

Now, Journey is buried at the Medical Lake Cemetery.

“You know, she [Journey’s mother] spends a lot of time here. This is where she feels she can still connect with her daughter,” Cada said.

As part of the effort to stop the gun club’s expansion, Journey’s mother submitted a written statement to the Spokane County Hearing Examiner.

She said in part that the cemetery’s location “provides a peaceful environment for us to pause and reflect as we remember our Journey Raye and the place she holds in our hearts, and in our lives.”

Journey’s mother goes on to say in the statement “we need and deserve the opportunity to seek a solemn space for healing, when our heart and spirit guides … that could never be the case with regular and constant discharge of firearms.”

The Spokane County Hearing Examiner ruled in favor of the Spokane Gun Club’s application of a conditional-use permit, determining that “a gun and archery range is consistent with the Spokane County Comprehensive Plan.” The examiner also said it will “not adversely impact adjoining rural uses.”

Approval records state that property owners within 400 feet of the property were notified as specified by law.

As for the noise from the gun club’s property, the hearing examiner said “the discharge of firearms is a sound that can be expected to occur in rural zones.”

Cada said she thinks most people that visit the cemetery will be affected by the sound of gunfire.

“It’s no longer a pleasant place to be. It’s no longer what we always had here. We can hear the train, or the airplanes. But that’s OK, that’s the area,” she said. “But bang, bang, bang, band, that kind of noise is different. It’s disruptive. It’s unpleasant. How do you mourn somebody that way? I want my children to be able to come here and mourn me.”

Poole said they are now making their last stand to protect the cemetery. He’s already filed an appeal in Lincoln County Superior Court. A hearing date has not been set yet.

“The cemetery is a quiet place, “ said Pool. “No one here is going to be able to shout back when somebody encroaches. So the voices of all the people laid to rest here have to come through those with an interest in protecting it.”

Have a tip for the KREM Investigative Team? Email us at investigators@krem.com