According to NSTB records, deadly crashes like the one over Lake Coeur d'Alene are rare in Washington and Idaho. 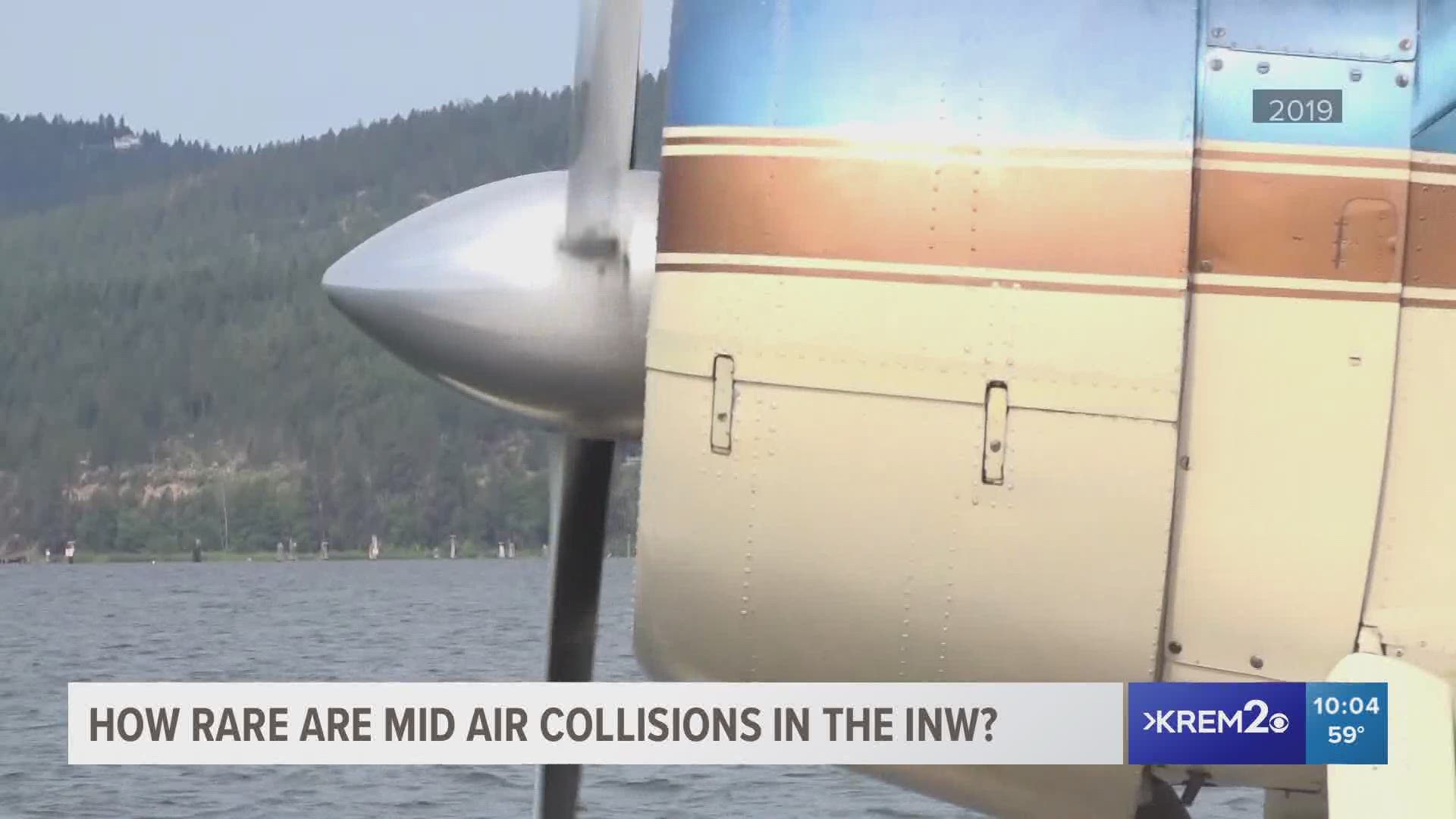 COEUR D'ALENE, Idaho — A midair collision is one of the scariest things that can happen to an aircraft.

Two planes carrying eight people collided over Lake Coeur d'Alene on Sunday, July 5. Authorities do not believe there are any survivors.

According to NSTB records, these types of crashes are rare in Washington and Idaho.

Prior to Sunday's tragedy, there had been just three fatal midair collisions in Idaho over the last 20 years. None of them were as deadly as this one appears to be.

The most recent was in 2014 over central Idaho. One person was killed when two prop planes collided.

A year earlier, in the same general region, one person was killed and three seriously hurt in another crash involving small planes. In 2008, three people died and one was seriously injured following a crash between a pair of Cessnas — again in central-western Idaho.

Credit: Casey
A map of all midair collisions over Idaho recorded in the NTSB database in the 21st century.

The numbers are similar in Washington: three fatal collisions since the start of the 21st century.

In-state, however, you actually have to go all the way back to 2005 for the most recent midair crash. That one was between a Cessna and a de Havilland Beaver seaplane, just as the Coeur d'Alene crash was. However, that crash did not happen over water. It killed two people.

In 2004, two Cessnas hit each other southeast of Olympia and one person died. A month before that, two gliders crashed in northwestern Washington, killing one person.

Credit: Casey
A map of all midair collisions over Washington in the 21st century, according to NTSB records.

There are a few common themes across the six crashes. For one, they all exclusively involved small aircraft. Large jets have pre-determined routes and rarely ever crash.

Secondly, in every case, only one of the involved crafts suffered fatalities. In the crash over Lake Coeur d'Alene, authorities believe the occupants of both planes were killed.

The NTSB will not determine a cause for the most recent crash for several months.

RELATED: 'They each touched many lives': Remembering victims of the Lake Coeur d'Alene plane crash