As schools remain closed, parents of disabled students are struggling to get the help they need for their children. 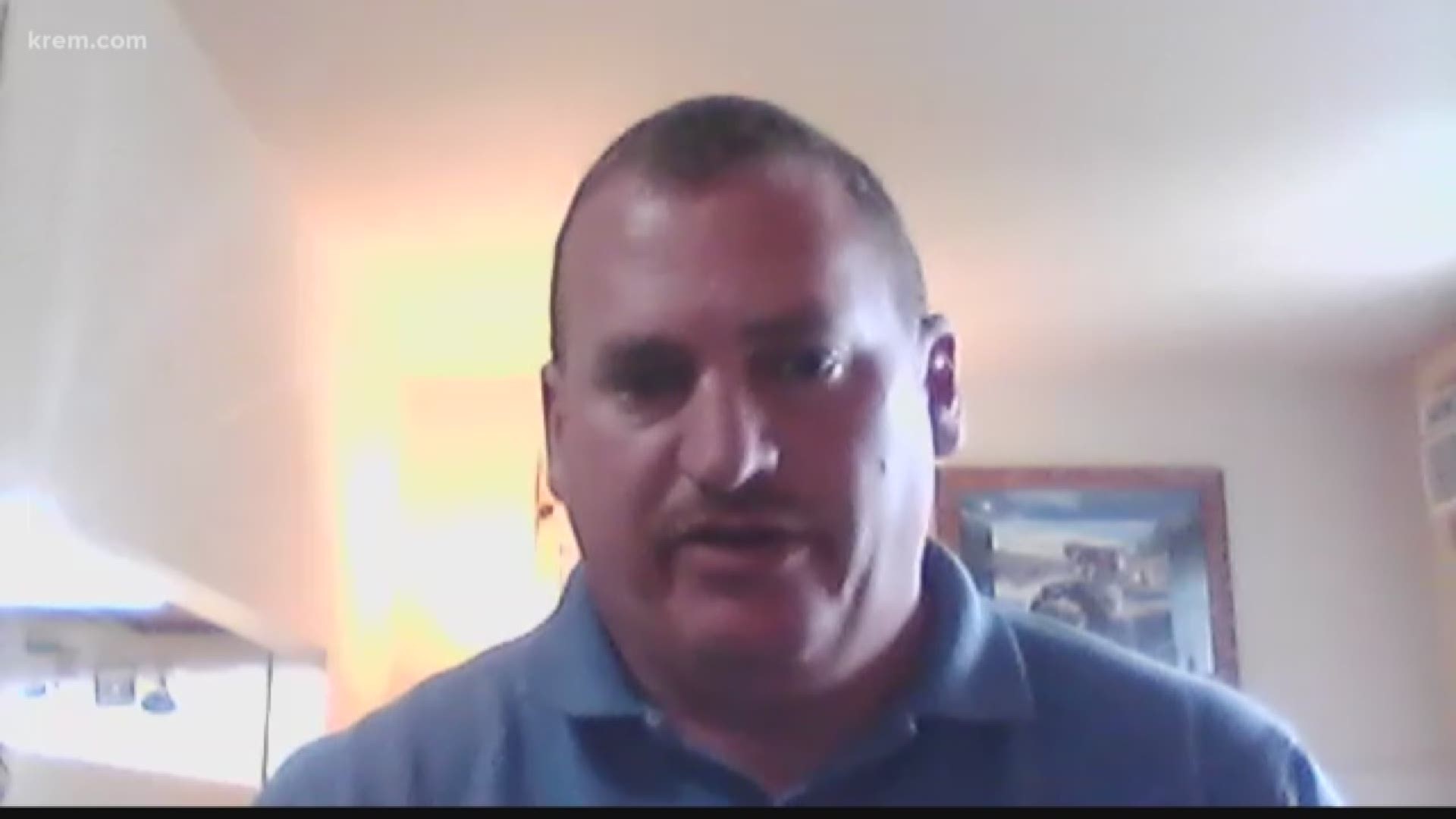 SPOKANE VALLEY, Wash — By the time kids go back to school in the fall, it will have been almost six months since they were in a classroom.

Online learning is providing some structure, but it's not working for everyone, especially students with special needs and learning disabilities, like autism.

Kevin Humphrey reached out to KREM 2, worried his son is falling through the cracks.

His 8-year-old son Nathaniel is in second grade in the Central Valley School District, but is missing out on critical services like occupational therapy, speech therapy and physical therapy.

"My biggest concerns are the regression on the progress he made over the past year, the regression he's had since being out of the routine, and missing all of this time with the school," Humphrey said. "He also has therapy in school with the district that he's missing out on."

Within the last week, he's started to have a few online therapy sessions, but Humphrey said even those are limited.

"It's a trial and error. And I think, a lot of this, we're going to be able to progress further down the road, but it's going to take more time," he said. "But the hands on structure is going to be limited. And my son Nathaniel, he needs that one-on-one structure."

He's also got serious concerns about his son being ready to move onto third grade in the fall.

RELATED: What does Phase 2 of reopening mean for Spokane? Your questions answered

KREM 2 reached out to the Central Valley School District to see how its handling the lost learning time for special needs students.

In a statement, the district said, "Each IEP [Individual Education Program] team has been - and will continue to - review the progress of each student toward their IEP goals and developmental milestones. Our related services personnel are working collaboratively with each student and their parents/guardians to support growth during this difficult time. IEP teams will review each student's placement before schools re-open to determine the appropriate level of services and supports necessary to address any learning or skill deficits."

Humphrey said he understands the district's hands are tied with Governor Jay Inslee's 'stay-home' mandate. But he also said it's all taking an immense emotional toll on both father and son.

"It's been pretty difficult. I know he's been getting a lot more frustrated, sitting at the table, doing the online communication. His frustration builds up a little bit over time, and then by the time we're done with all the conferences, the appointments, he's very irritable, he said. "And that's making my stress go up even higher. It's not making it easier. It's compounding it more and more, stress on top of stress."

Due to the long closure, Humphrey said his role has changed many times in just a few weeks.

"I've gone from a parent, to a teacher, and now to a therapist, all within a month-and-a-half, two months," he said.

Have a tip for the KREM investigative team? Email us at investigators@krem.com

RELATED: Coronavirus by the numbers in Spokane, North Idaho: Where we stand today