Santos Picacio Jr. resigned as Spokane Public Schools' security chief after an anonymous tip contained the allegations against him. 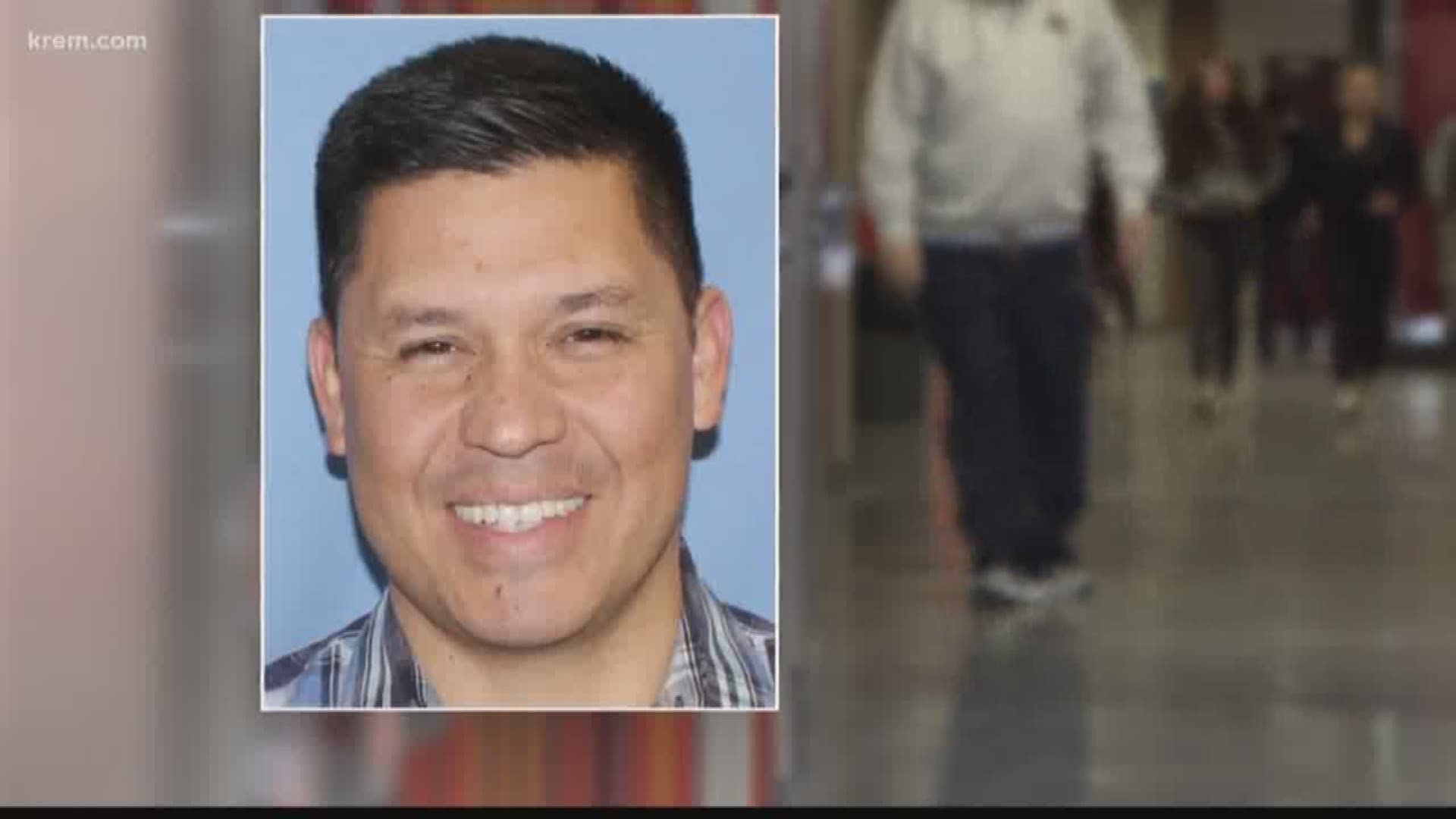 SPS spokesperson Brian Coddington said an anonymous source came forward Monday with documents that contained allegations made against Santos Picacio Jr. The district then took steps to confirm the authenticity to those documents.

While the district was still working to verify the allegations, Picacio resigned from the position he had only held since July 15.

Coddington said the district conducted a background check but he said this was a family matter and their screening does not include these types of proceedings.

KREM obtained the documents in question, which were filed in civil court. The documents include a motion for a restraining order and divorce records.

SPS recently came under fire for its background check process when school resource officer Shawn Audie was involved in a student fight at Ferris High School. Records not obtained by the district during the background check showed Audie had been repeatedly sued and investigated for excessive force allegations. Audie has since resigned.

In court records, Picacio’s estranged wife alleges that Picacio has “serious issues with alcohol, blacking out and violent conduct.”

She said she met Picacio in 2002 and became pregnant with their son about a year later. In court documents, she described their relationship as one “always overshadowed by sudden outbursts and unpredictable anger” toward her and later their son.

One incident she referenced was Picacio kicking their dog while she was pregnant with their son, which he denied.

But one witness said that Santos called her to say that he had purposefully “kicked” a dog in the house and that his wife became upset with him, according to court documents.

Picacio’s wife said the outbursts continued when he returned home from a military deployment in 2005. She said Picacio held a gun to her head and threatened to kill her after he had been drinking, but did not remember any of it, according to court documents.

During another incident, she said Picacio held a knife to her throat and threatened to kill her. He then said he would kill her if she ever told anyone, according to court documents.

Picacio later denied these allegations in court records, writing in part, “I can assure you at NO time did I EVER hold a knife OR a gun to my wife. Ever. I am ashamed to admit that I wanted to end my life due to all the feelings and pressure that I had experienced. I have since gotten help for those issues and have been going to a counselor since June of 2015.”

He added that his wife never called police about any of the incidents, which she admitted, according to court records. She said that she instead “adapted and learned to try not to upset [Picacio]."

In court records, the sister of Picacio’s wife said Picacio asked her husband to keep his shotgun during a 2006 visit to Spokane because “he didn’t trust himself to have it in his possession since there had recently been an incident where he had pointed the gun at [his wife's] head.”

A friend later described his behavior as “controlling and emotionally abusive.”

“I watched her go from a vibrant enthusiastic and competent woman while he was deployed to a depressed, quiet shell of herself who waited for him to make the decisions. It was hard to watch,” the friend wrote.

The friend, who identified themselves as a psychologist, said the symptoms they observed in Picacio are not in line with post-traumatic stress disorder. Picacio previously wrote in court records that he suffered from PTSD, which was medically documented in his military records.

Picacio’s ex-wife also reported a history of infidelity over several years, according to court records. She directly referenced a text that read, “I love you Mel!,” that was accidentally sent to her.

Picacio said he was texting a friend of his from work, according to court records.

According to court records, he told his wife he wanted a divorce several times before threatening suicide and begging her to take him back.

At one point after he had been heavily drinking, he told his wife that she was a “piece of s---” and “would never amount to anything,” according to court records.

Picacio’s wife said he then told her he hated her and didn’t want to be with her before flipping over their coffee table. He then told her to, “Clean this s--- up b---- because that’s all your good for,” according to court records.

In May 2015, two 19-year-old  women told Picacio’s wife that he had touched them inappropriately in Oct. 2014, according to court records. At first, he denied it.

His wife later said he had a “complete lack of remorse,” according to court records.

In June 2015, Picacio later admitted to the inappropriate touching to his wife, according to court documents. He also admitted that he had been flirting with both of them.

Picacio later said the activity with the women was consensual, according to court records.

“I am extremely ashamed of my behavior with that incident and have lived with that remorse ever since it happened. That was by far the worst and hurtful thing I have done and I wish that I could take all of it back and it not have happened,” he said.

The parents of the two women sent Picacio’s wife a letter that he wrote, according to court records.

The letter reads, in part, “I’m sorry for betraying not only your trust but the trust of your entire family. I have taken your good hearts and caring demeanor for my family and have disrespected all of it plus so much more. I’ve hurt you both in ways that are irreparable and in ways that will make you question the idea of trust in general.”

“I’ve not allowed the Lord to work in my heart and it clearly showed. I’ve asked for God’s forgiveness and I’ve asked that he give me the strength and courage to seek counseling to better myself as a person," the letter continues.

In the letter, he asks the women for forgiveness.

Picacio’s mother also sent the family a letter, asking for forgiveness and denouncing her son’s behavior, according to court records.

Picacio’s wife filed a motion for a restraining order in Feb. 2018. She asked for every other weekend contact between Santos and their son, no alcohol consumption and for their son not to be exposed to any new love interests, according to court records.

The motion for a restraining order was denied in ongoing divorce proceedings between the couple, according to court records.