What would it take to reopen Spokane before Washington state?

Spokane County has too large of a population and too many coronavirus cases to be included among counties that could reopen before Washington state. 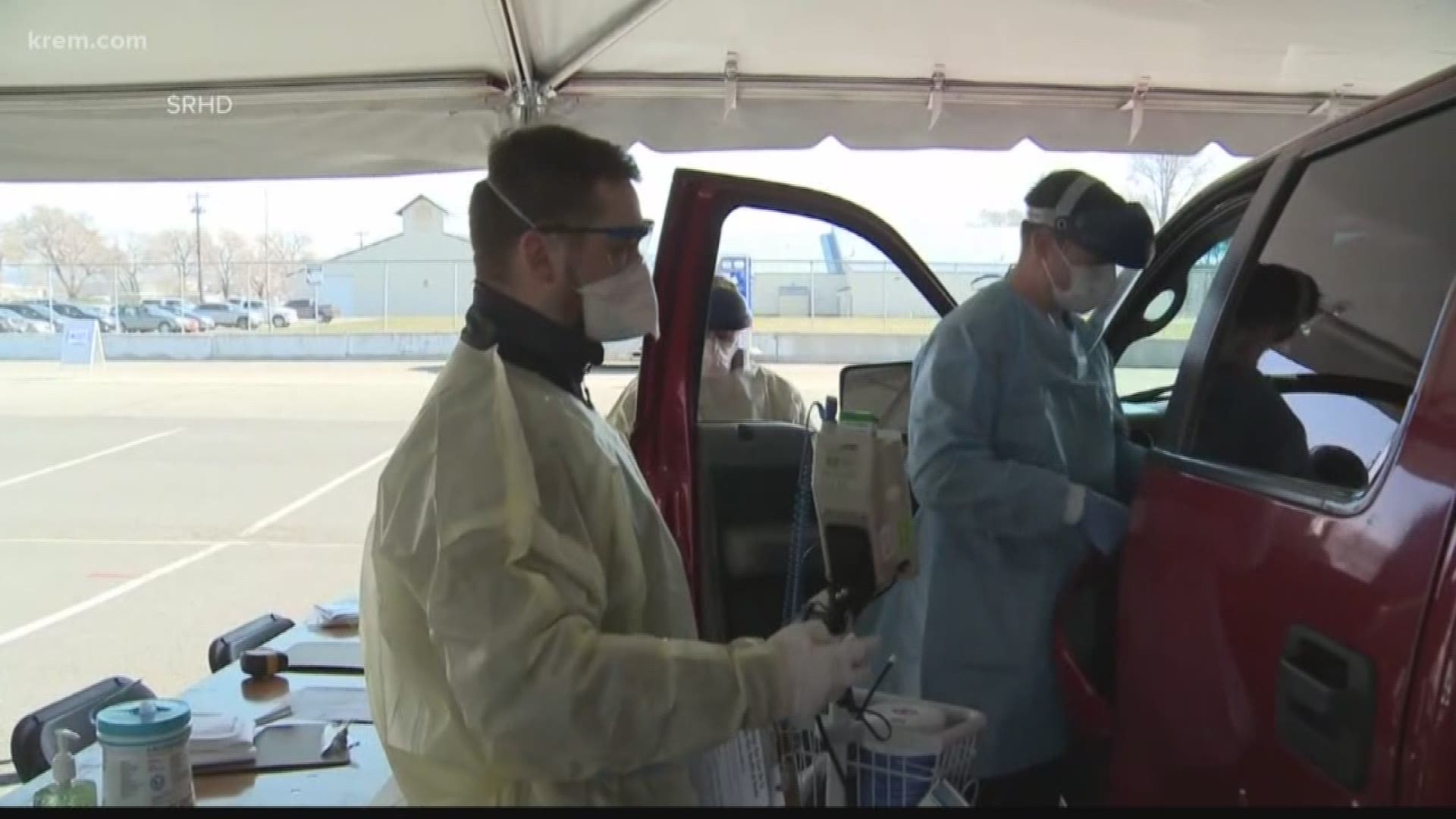 SPOKANE, Wash. — As Washington state begins the gradual reopening of its economy, leaders in Spokane County continue to push for a different timeline at the local level.

Golfing at city and county courses, and fishing, hiking and hunting at many state parks and lands can resume on Tuesday.

The state Parks and Recreation Commission has released a list of over 100 state parks and properties that will open for day-use only, including some in the Spokane area.

On Friday, Washington Gov. Jay Inslee extended his "Stay Home, Stay Healthy" order aimed at curbing the spread of coronavirus through May 31.

Inslee unveiled a four-phase approach to reopening the state. Without outlining a firm timeline on the next phases, he said it would be at least three weeks between each reopening phase.

Inslee also said that counties with smaller populations and low numbers of cases can also explore possibilities of moving to phase two earlier than the rest of the state.

A spokesperson for Inslee's office explained on Monday why Spokane County was not included in a list of ten counties that could begin to reopen sooner than the state.

The criteria for inclusion on the list is a population of less than 75,000 and no new cases within the last three weeks. Spokane County does not meet either of the criteria.

Spokane County Health Officer Dr. Bob Lutz reported five new coronavirus cases over the weekend for a total of 374. Twenty-two people have died in the county and 10 remain hospitalized out of 66 hospitalizations to date.

"That list of 10 counties – several of them in eastern Washington – are extremely small, so I will continue to push the governor to open up Spokane County sooner than later, as I have for the last four weeks," said Spokane Mayor Nadine Woodward in an interview on Friday.

State leaders are evaluating data to see whether other counties could potentially be considered, according to a spokesperson with Washington's Joint Information Center (JIC).

"It will be harder to reopen certain industries in heavily populated areas. We want to acknowledge that some counties may be able to resume certain activities safely, while others remain at higher risk and need to continue stricter precautions," JIC spokesperson Franji Mayes wrote.

Woodward added that she and other local leaders will ask Inslee during a phone call on Tuesday to allow Spokane County to move to phase two of the reopening plan sooner if the area does not see a spike in coronavirus cases during phase one.

"That’s what gets movement, is a constant dialogue and conversation. Just two weeks ago, the governor was not even willing to talk about a regional opening of our economy. He was set on a one-size, fits all statewide answer," she said. "And now we have been able to convince him that yes, different parts of the state look different and have had different responses to their COVID plans."

The governor's office said on Monday that it "looks forward to conversations with elected leaders all over the state."

Inslee said the state will evaluate reopening based on the amount of disease activity, risk to vulnerable populations, testing capacity, health care system readiness, and staffing to conduct case and contact investigations.

Phase 2 would include an increase in outdoor recreation, new construction and in-store retail purchases with restrictions, a return of small gatherings, and the reopening of barber shops and salons and restaurants with 50% capacity and table sizes no larger than five people, among other activities.

Spokane County Health Officer Dr. Bob Lutz said on Monday that public health leaders will look at whether the county could move to the second phase more quickly, while adding that "data have to drive the decisions."

Lutz also emphasized the need for widespread access to testing at both the state and local levels, and contact tracing investigations. He said he is still looking to calculate the numbers Spokane County needs to see in terms of testing and disease activity to signal that the virus has been contained locally.

“Spokane Regional Health District supports consideration of a regional plan to re-open that meets requirements set by the Governor’s plan to re-open Washington," the Spokane Regional Health District wrote in a statement on Friday. "Through the work being done at the Inland COVID-19 Response Center, we are working collaboratively with other regional agencies to prepare our community for a phased re-opening that would be tailored to the uniqueness of our region and that can be activated when the data-driven criteria set by the Governor are met.”

RELATED: 'Freedom is the cure': Hundreds of Spokane protesters rally against stay-home order on May Day 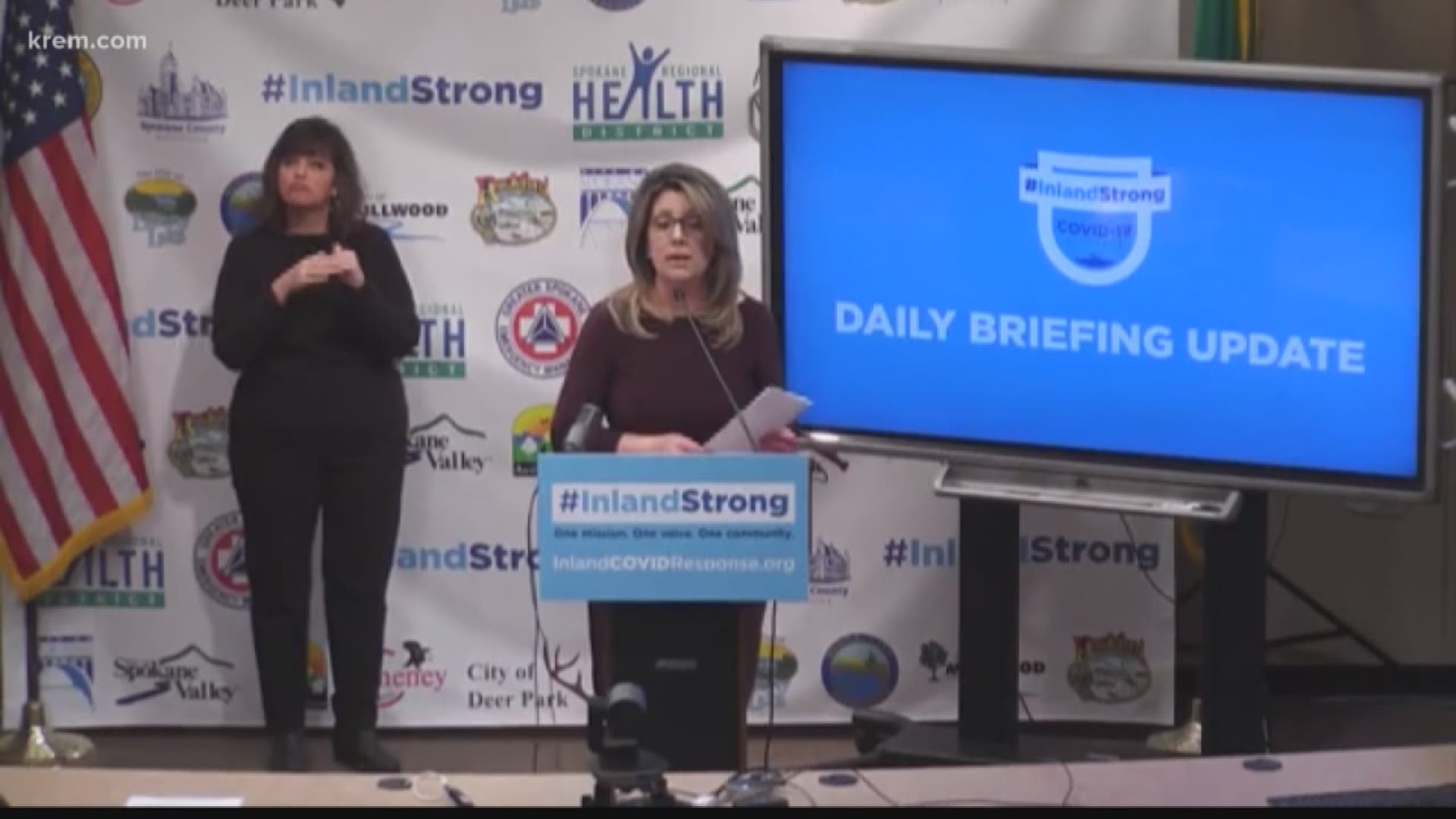 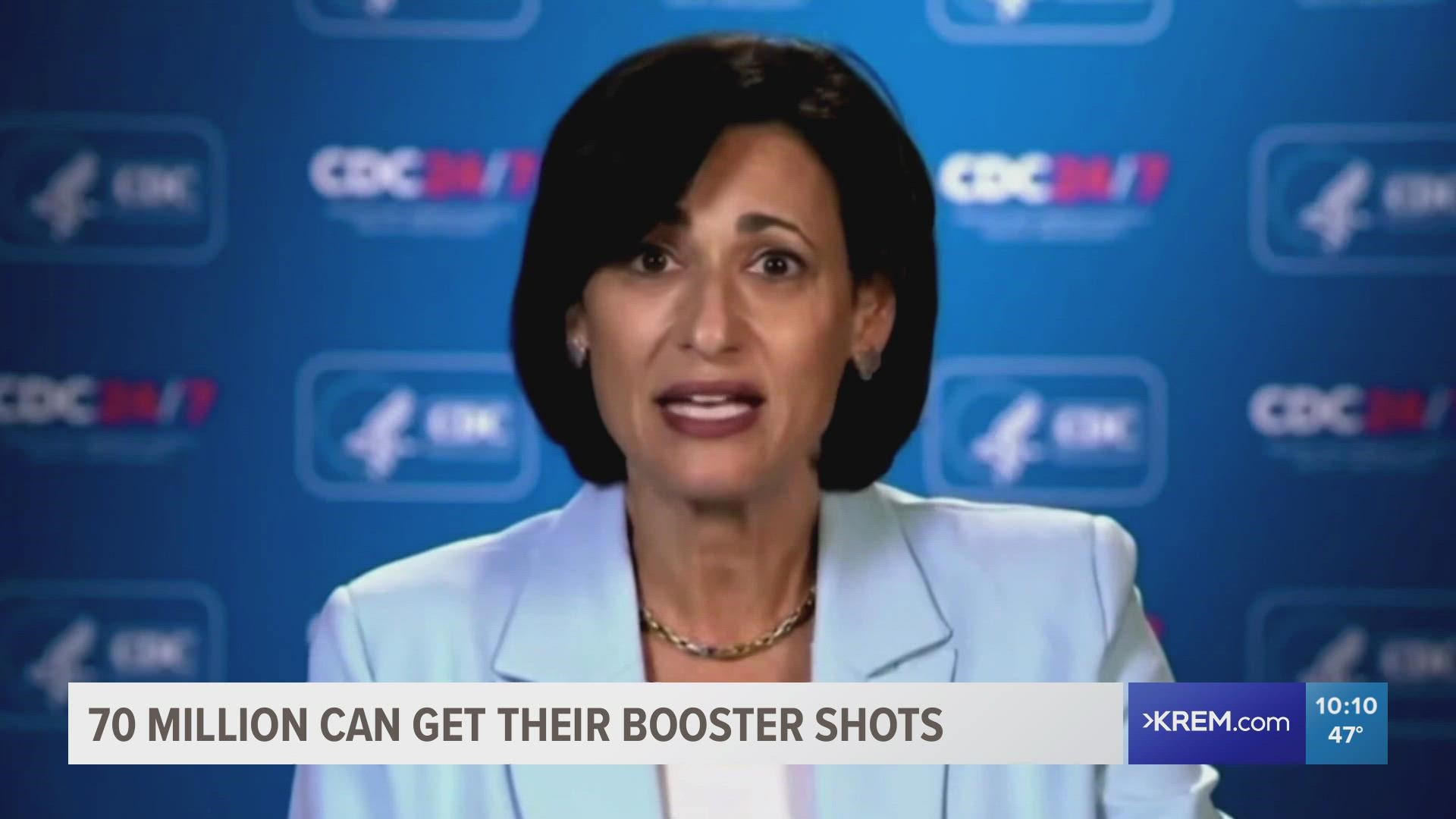 More than 70 million Americans can get their booster shots