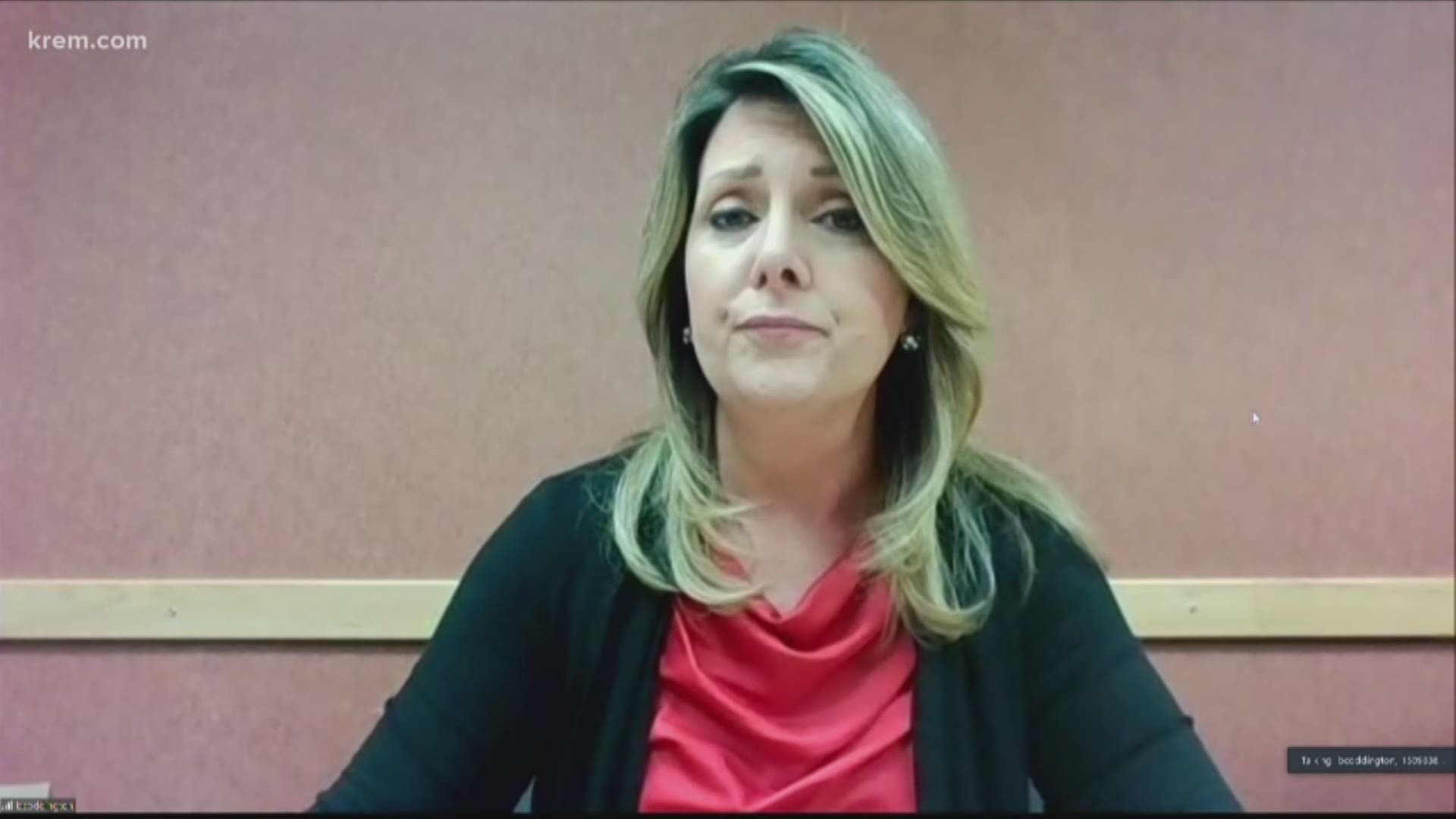 On Friday, Governor Jay Inslee announced that Washington’s stay-home order to fight the coronavirus pandemic will be extended through at least May 31, and the state will reopen in four phases, with at least three weeks between each phase.

Inslee also said ten small Washington counties could reopen sooner than the state as a whole, but did not include Spokane County on that list.

Mayor Woodward addressed Gov. Inslee’s statements, as well as a large protest to the stay-home order in Spokane on Friday, in an interview with KREM.

This interview has been edited for length.

Whitney Ward: What is your reaction to the governor’s announcement today that the stay home order is going to be extended for at least another month?

Nadine Woodward: No surprise that the order is going to be extended, we fully expected that to happen, now we know through the month of May and most likely even beyond that. But what’s encouraging is that now we have incremental phases of what opening up our businesses and getting people back to work looks like.

One of the things we’ve been working on is a plan that would open up our economy and what that looks like. This is the first time we’ve received direction from our governor on what he expects our economy to look like as we open businesses up, so having that guidance is going to help us as we work this weekend to finalize and update our plan. I plan to present it to the governor on Tuesday when I talk with him.

Whitney: We do know there’s been some indication that smaller counties with fewer cases could be able to reopen sooner. We also know Spokane is not on that list. Is your plan to dispute that?

Nadine: That list of 10 counties – several of them in eastern Washington – are extremely small, so I will continue to push the governor to open up Spokane County sooner than later, as I have for the last four weeks.

That’s what gets movement, is a constant dialogue and conversation. Just two weeks ago, the governor was not even willing to talk about a regional opening of our economy. He was set on a one-size, fits all statewide answer. And now we have been able to convince him that yes, different parts of the state look different and have had different responses to their COVID plans.

Spokane County has been very impactful. We have a population of more than 500,000 people. We have 10 people in the hospital right now and I hope they get well very, very soon. But our early and proactive COVID response has been extremely proactive.

We have plenty of hospital capacity, which is one of the parameters laid out by the governor today for which counties can open up. And we have surge capacity within our medical facilities too. Our cases have single-digit increases. We have definitely leveled off. I think we’re in a very good position to start opening businesses sooner.

Whitney: How are you balancing the conversation between the governor and regional health officer Dr. Bob Lutz, and what is he advising as far as a regional approach?

Nadine: Dr. Lutz from the health district has been very involved in the conversations at the [city and county Emergency Operations Center]. What we plan on doing when we offer our idea to the governor is also engage with the different business sectors we’d like to open up, and with our own association and industry leaders so we can come up with best practices for what that looks like.

But more than anything, that plan has to be flexible. It’s a slow roll, it’s methodical, it’s orderly, but if we see a surge in cases, if we see those numbers spike up, we have to be able to hit the pause button and even roll back to make sure not to compromise people in our community. The health of our community has to be number one.

Whitney: Today, there is a protest against the governor’s stay-home order. We’re seeing video of people not social distancing, not wearing masks. What do you say to the protesters who are very frustrated right now?

Nadine: Number one, it’s their right to protest and I fully recognize that, I support that, it’s why we live in the best country in the world, because you can protest your government. You have a right to free speech, you have a right to assemble.

They’re not social distancing, which is extremely important now, it’s going to be extremely important in the future. And listen, I hear their concerns. I get hundreds of emails and letters and phone calls – people just want to get back to work. I just hope when we start opening up our businesses, we have as many of them as possible that can continue to operate and that we haven’t lost many at all.

Watch the full interview below.

RELATED: 'Freedom is the cure': Hundreds of Spokane protesters rally against stay-home order on May Day