Q&A: A MultiCare doctor answers your questions about the Novavax COVID-19 vaccine trial

How much you could get paid, whether or not you'll be a candidate for another vaccine and more of your questions answered here. 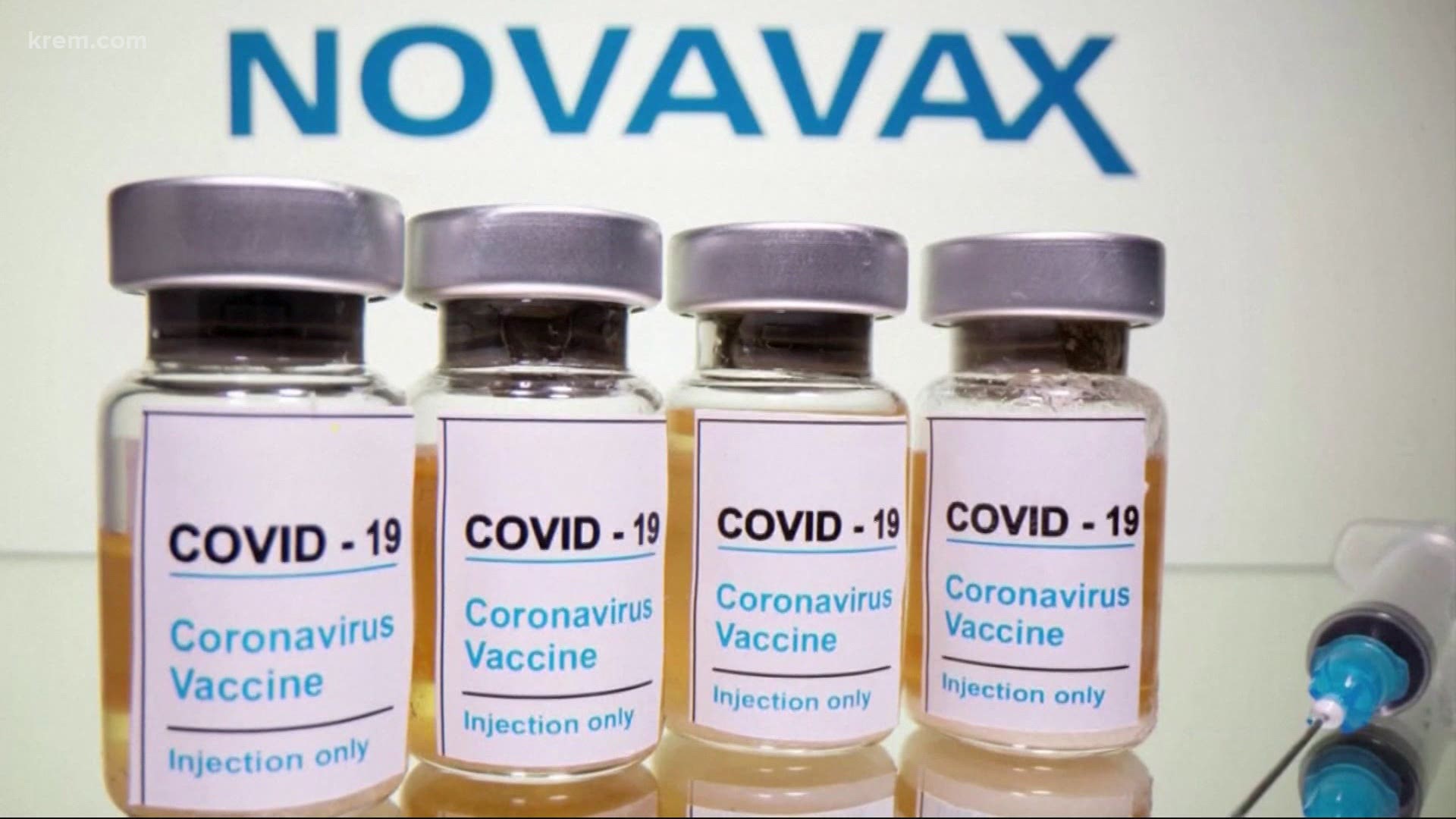 CHENEY, Wash. — MultiCare Health System is bringing a Phase 3 clinical trial of the Novavax COVID-19 vaccine to the Inland Northwest.

The hospital system is looking for 300 people to volunteer.

Dr. Jonathan Staben with MultiCare joined Up with KREM to answer viewers' questions about the vaccine, and what participating in the trial would entail.

Dr. Jonathan Staben is a board-certified Family Physician with MultiCare Health System in the Inland Northwest. He has been involved in clinical research since 2007 and has acted as a principal investigator on a number of vaccine trials.  Dr. Staben, along with the Multicare Institute for Research and Innovation, will be participating as one of 115 sites across the United States in the phase 3 trial with Novavax for their COVID-19 vaccine.

The following interview has been lightly edited for length and clarity.

Q: Give us an overview of what this vaccine is all about. What makes this vaccine different than the Moderna and Pfizer vaccines?

Dr. Staben: This is one of eight companies that were funded by the federal government to develop a COVID vaccine and the reason the government did that is they wanted to look at a lot of different types of vaccine technology that are already out there. They also knew that one company or even two wouldn't necessarily solve the world's problems for vaccine distribution.

So Novavax has developed a vaccine that's a little bit different than the types that are out right now through Pfizer and Moderna. [Novavax] vaccines are a protein subunit vaccine which is similar to vaccines that we've had for decades now.

Q: Who qualifies for this trial?

Dr. Staben: So we're looking for up to 300 volunteers. Nationally the study is enrolling 30,000 over 115 sites. So we're the only site outside of the University of Washington in the state. Basically they're targeting several groups. They want people who are higher risk for COVID, so that could be people who work in a setting or have a social situation that puts them at higher risk.

Q: What's the incentive to participate in a trial like this?

Q: How do people know signing up for a trial like this is safe?

Dr. Staben: So this is a Phase 3 trial. What that means is the vaccine goes through several phases. The first phase is typically where they're looking for the immune response in the vaccine, then the second phase they roll it out to a larger group of people, usually a few thousand. So we're down to the last phase where we're looking more for effectiveness. They've already gone through the biggest safety phase but they go through the final one where they enroll large groups of people. Fortunately we're a little behind in terms of enrollment worldwide, so the UK for example has already enrolled 15,000 people. South Africa has enrolled a little over 4,000 people in their trial. Typically in a vaccine you're going to see a serious adverse event in a couple months. So we've already had a large amount of time go by where a significant portion of the population in other countries have already been through that.

A: How much will participants get paid?

Q: If I were to participate in this trial would I still be a candidate for a different vaccine?

Dr. Staben: Basically what would happen is in order to get another vaccine you would need to be what's called "unblinded." That's where you'd have the opportunity to know if you got a placebo or a vaccine so I think a typical scenario would be - say you're a teacher and you want to enroll in the trial, and say like in April your district says 'hey we got the vaccine, we're going to let all you teachers get the Pfizer or Moderna one.' Well then you would need to know if you had the real vaccine or placebo. In that case we would be able to "unblind" you. Now, if you think you might have access to that vaccine pretty soon, like in two or three weeks, you might not want to participate in the trial.

Q: What are the components of this vaccine, and what is it made up of? Are there any ingredients that are known to cause allergies?

Dr. Staben: No there's not, so basically the mRNA vaccines are a new type. This [vaccine] isn't related to that at all. It's a completely different technology. Basically with all these vaccines you're trying to train your body to recognize the virus if it enters your body. In this case we use the spike protein which is the little spike you see on the pictures of the coronavirus. They basically take the spike protein, make a bunch of proteins, and then mix it with an immune booster, and you get an injection of that. So you have to train your body to recognize the spike protein in some way.

If you have a question that wasn't answered here, MultiCare doctors and researches are hosting a virtual town hall on Tuesday, Jan. 12, at 5:30 p.m. You can visit their website to register ahead of time.