The latest on the coronavirus outbreak in Washington state and Spokane County for April 22, 2020. 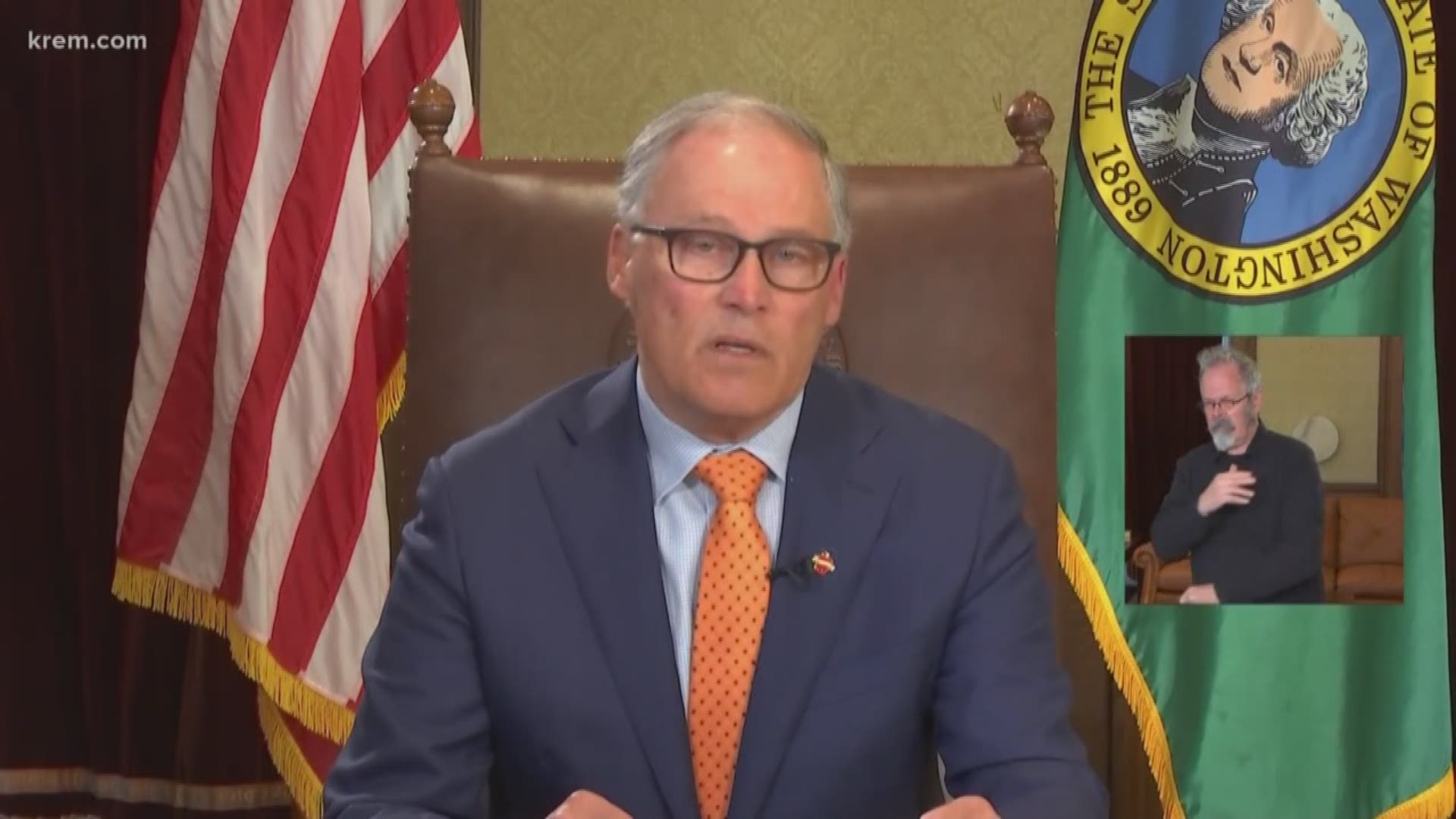 Hundreds of inmates have moved out of Washington state prisons as the new coronavirus continues to spread in facilities across the state. Officials say hundreds more are on lists for possible release.

Monroe inmates filed an emergency motion asking the Washington Supreme Court to force Gov. Jay Inslee and Secretary Stephen Sinclair to release inmates who were most vulnerable to the deadly disease.

The court is scheduled to hear oral arguments on the case on Thursday.

The death toll from the coronavirus increased by 10 on Wednesday. There are currently 692 deaths from coronavirus among 12,494 cases across the state.

A total of 147,953 people have been tested for the virus in Washington and of that number, only 8.4% have returned positive results, according to the Washington Department of Health.

The Washington State Patrol announced that troopers arrested Shawn C. Rowland in Mill Creek for allegedly threatening Governor Jay Inslee and his staff via a voicemail message left with the Governor's Office of Constituent Services.

The WSP also said the same phone Rowland had used to allegedly threaten Inslee and his staff was also allegedly used in a threat made against the Virginia State Legislature in February.

The Spokane Police Department announced that a woman was arrested for throwing eggs at vehicles taking part in a protest outside of Spokane City Hall from her fourth-floor apartment at 1 p.m.

According to Spokane Police Sgt. Terry Preuninger, 52-year-old Cindy L. Albert was cited and released for three counts of malicious mischief and a count of disorderly conduct for throwing eggs at vehicles taking part in the protest. Police had received reports of eggs hitting cars from a nearby apartment.

According to Preuninger, Albert said she lives in Los Angeles but is "stuck" in Spokane due to the pandemic.

Protesters have gathered at Spokane's Franklin Park to voice their displeasure with the inclusion of fishing in Governor Jay Inslee's stay-home order.

Republican governor candidate Tim Eyman is also among the protesters. He was also at an earlier protest at Spokane's City Hall, along with Spokane Valley Rep. Matt Shea.

Signs held by protesters called for the re-opening of fishing, including one reading, "Let us fish." Some people driving by could be heard honking their vehicle's horn.

Gov. Inslee addressed Franklin and Snohomish counties after county leaders said they intend to reopen their local economies before the governor officially reopens the state.

Inslee said so far, the state has only legally intervened in one case of a business being out of compliance with the state's stay-home order. But the governor said "these orders will be enforced if that is necessary."

"We cannot have individual law enforcement officers arbitrarily decide which laws they're going to enforce," he said. “Encouraging illegal activity jeopardizes the health of people in our communities.”

“This has been working. This is saving lives,” he said. "Now is not the time to give up.”

RELATED: Gov. Inslee: Reopening Washington will look like 'turning of a dial'

According to KREM's Shayna Waltower reporting from the scene, people held signs with messages, including. "We are essential, and we deserve to work.”

Other messages included, "Every job is essential for people to survive," "let people live and work," and "re-open WA."

People drove around the block honking their vehicle's horn and using air horns.

Shea and Eyman were among the speakers at the rally, along with the event organizer, who said that people need to go back to work and that everyone is essential.

Organizers of Pig Out in the Park say they are hoping for the best and planning for the event to run from Sept. 2-7 in Riverfront Park amid the coronavirus pandemic.

"If possible, after event restrictions are lifted, we need to be ready and will make further determinations about the event as spring and summer progress," organizers said in a release.

This year, organizers are planning to stage free concerts on the new Pavilion Concert Stage every night of the event. Pig Out in The Park will be dedicating this year’s event to showcasing local and regional acts exclusively.

"We have always been aware of the wide range of talent in our area. The Inland Northwest is home to acts that tour nationally, popular acts that perform regularly at packed clubs and events, as well as newer acts full of talent.  All have no outlet for their creativity in this unprecedented time," organizers wrote.

The latest prediction from the University of Washington's Institute for Health Metrics and Evaluation has pushed back the date for when social distancing measures could begin to be relaxed.

The previous model showed Washington state could consider easing social distancing guidelines the week of May 18.

Now, the model shows "after May 26, 2020, relaxing social distancing may be possible with containment strategies that include testing, contact tracing, isolation, and limiting gathering size.

The primary purpose of the IHME model is to forecast healthcare needs. According to the model, peak resource use occurred on April 5.

On April 6, 46 people died from coronavirus - the most per day in the state since the outbreak began.

On April 20, another 25 people died in Washington state.

Health officials say two people died with the coronavirus in California weeks before the first reported death from the disease.

Before this, the first U.S. death from the virus had been reported on Feb. 29 in Kirkland, Washington.

The Medical Examiner-Coroner received confirmation Tuesday that tissue samples sent to the U.S. Centers for Disease Control and Prevention tested positive for the virus, officials said.

RELATED: Reopening Washington will look like 'turning of a dial,' Gov. Inslee says