Pullman restaurants, businesses prepare for move back to Phase 2

Governor Jay Inslee announced that Whitman County was among those moving back to Phase 2. The tightening of restrictions takes place on Friday. 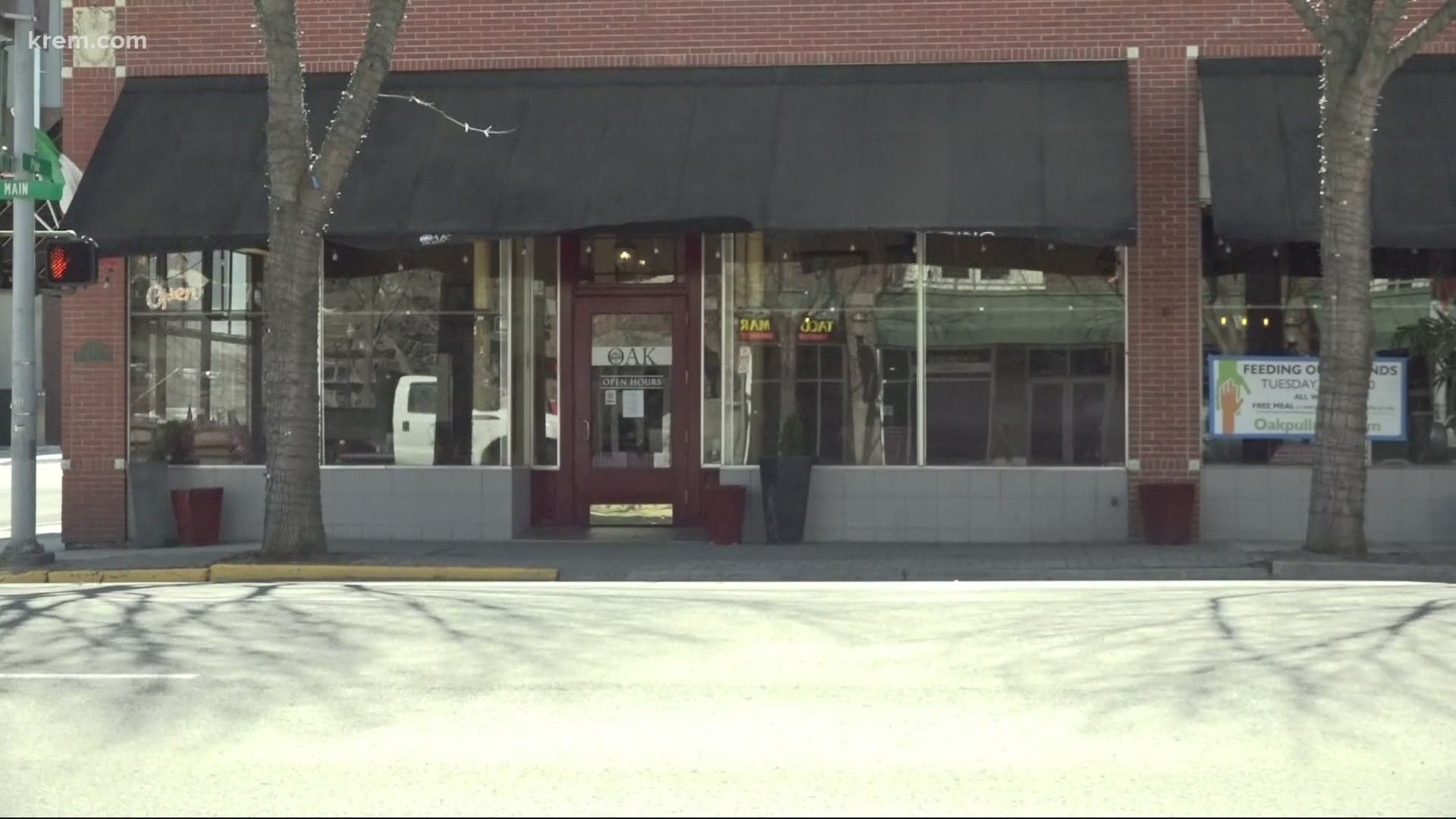 PULLMAN, Wash. — Pullman businesses have been struggling through the pandemic with fewer student’s attending in-person classes on Washington State University’s campus, and now with Whitman County moving back to Phase 2 later this week, owners are taking another hit.

This comes as Governor Jay Inslee announced on Monday that Whitman County would be one of three moving back to Phase 2 after failing to meet the metrics outlined in his reopening plan. In late March, WSU leaders sent a letter saying that student gatherings and parties had led to an increase in COVID-19 cases.

Whitman County – like the rest of Washington – had been in Phase 3 since Valentine’s Day.

“The whole cruel irony of this whole thing is they [business owners] had hope. They were moving forward, and now they took that gut punch by saying, 'Hey, you have got to rollback to this previous phase.’ And I think that's going to be difficult,” said Pullman City Councilmember Brandon Chapman.

At least part of these difficulties has been the uncertainty surrounding changing restrictions during the pandemic.

“The hardest part through all things COVID, has just been not knowing where we're going to be and what we need. So, staffing has been the issue, I think on all levels, because you couldn't afford to hire too much. But when you need it, you couldn't do the quick turnaround,” said Jill Bielenberg, General Manager and Co-Owner of Birch and Barley in Pullman.

The change to Phase 2 on Friday means that restaurants will have to lower their indoor dining capacity to 25 percent. Facilities such as gyms must follow the same 25 percent capacity rules.

According to Bielenberg, it has been hard to keep spirits high with all of the changing COVID-19 restrictions.

“Probably the hardest thing is just morale,” she said. “You know, and I think again all things pandemic, that we just felt like were going in the right direction, and vaccine efforts in Whitman County had been phenomenal.”

Some businesses in Pullman have had to shut their doors for good due to the economic turmoil caused by COVID-19 restrictions. Others have seen less and less revenue as capacities were lowered and temporary shutdowns were put in place.

All of this has led to a decrease in tax revenue for Pullman, which in turn creates less funding for projects and services the city had planned.

“When people struggle in our city, that does have a greater impact on economic development,” Chapman said. “And we’re talking about revitalization of downtown and all of these other initiatives, we need that economy to be strong and robust.”

But even with a step back in phases coming at the end of the week, people in Pullman are still remaining hopeful. With summer drawing closer, restaurants could be able to utilize more outdoor dining.

“We have wonderful support from the community. We’re not too concerned about that,” Bielenberg said.

Chapman said he believes it could be a short time before Whitman County is ready to move back up a phase, thanks in large part to vaccination efforts led by community stakeholders like WSU.

Counties in Washington will be evaluated again on May 3, which is the start of finals week for students at WSU.