Spokane Mayor Nadine Woodward said the new reopening plan "gives people renewed hope." But the reaction from a hospitality group was not positive. 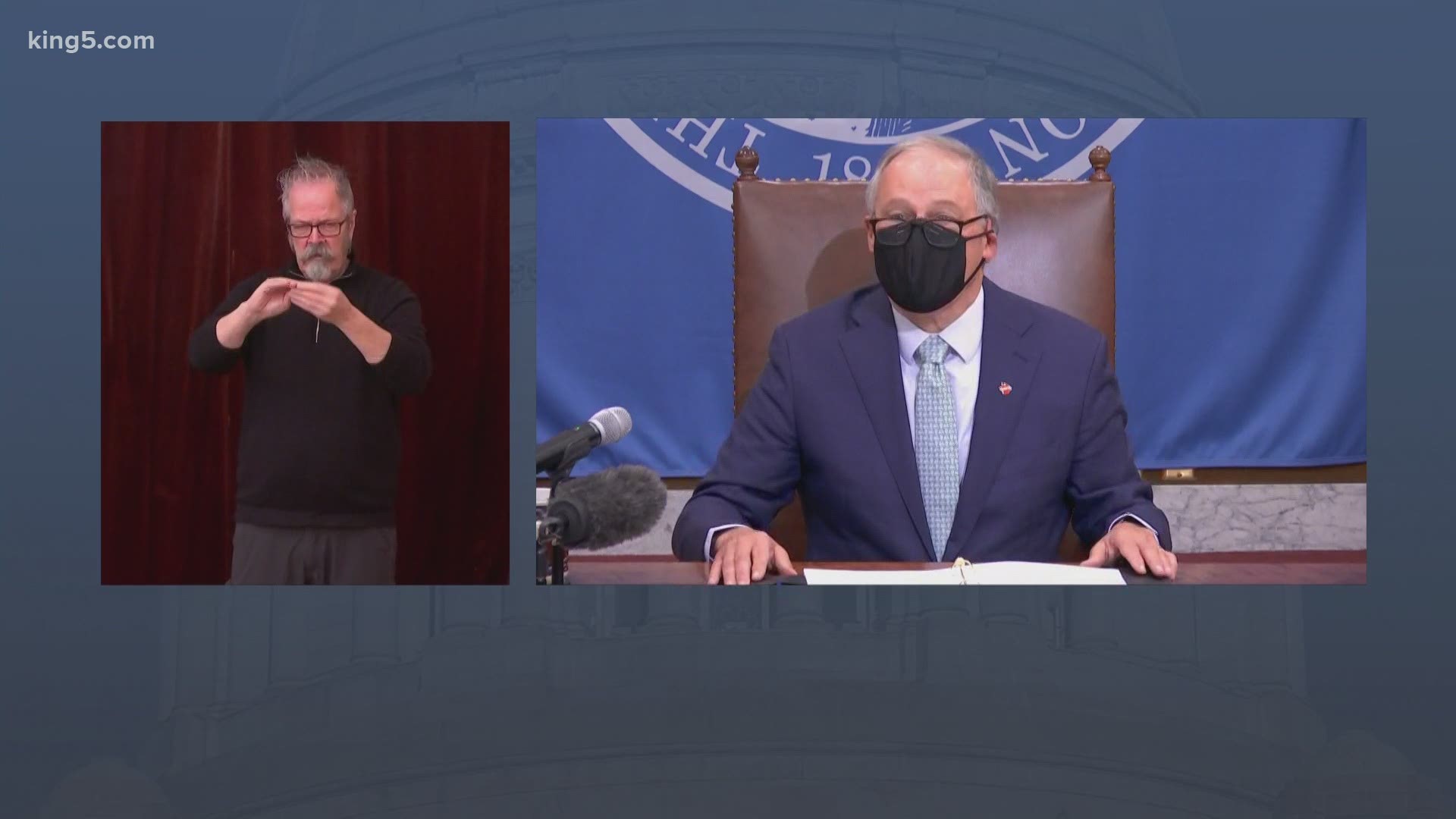 The plan, called “Healthy Washington,” will allow regions to reopen when they meet certain metrics around hospitalization and case data, Inslee said during a press conference. Spokane, Ferry and Whitman are among the 9 counties in the state's East region.

Spokane Mayor Nadine Woodward issued a statement about the regional approach to reopening, saying in part that the plan gives people "renewed hope."

Her full statement is as follows:

“This new plan gives people renewed hope and a goal certain to pursue every day. Our community, along with the rest of the state, has been paused in place for quite some time. New information and a clear path forward are welcomed and appreciated and help ease the frustration and fatigue that has begun setting in. A regional approach and accountability are some of the many positives that are a part of this new plan and we look forward to greater definition of additional steps. Today is a next step and not the end, both in terms of the state’s plan and of the responsibilities we all share as individuals to maintain our resilience and discipline to wear our masks, watch our distance, wash our hands, and limit gatherings.”

The coronavirus restrictions on indoor dining, gyms and indoor gatherings, which were originally imposed in mid-November to combat skyrocketing COVID-19 cases, have been extended multiple times and are set to end Jan. 11.

Under the new reopening plan, there will only be two phases of reopening to start, and the state will add more as the situation improves. All counties, which are grouped into eight regions, will begin in Phase 1. To move on to Phase 2, the region must meet the following four targets:

Washington Hospitality Industry says plan 'is not a roadmap to recovery'

Though Woodward's response to the new reopening plan was positive, another group in Washington state said in a statement that it leaves them "at a loss for what to do next."

Leaders from the Washington Hospitality Association called the announcement of a new reopening plan a "near-complete collapse of main street neighborhood restaurants and hospitality businesses." The association also blamed rising COVID-19 cases over the last several months on "private social behavior" rather than restaurants.

The group's full statement is as follows:

"Today’s announcement is not a roadmap to recovery. It is a roadmap to a near-complete collapse of main street neighborhood restaurants and hospitality businesses.

When we were shut down again two months ago, I made a prediction that cases would continue to rise because people would host private social gatherings through the holidays. Unfortunately, I was right. On November 15 when the governor announced he was closing restaurants again, we had 1,578 cases. On New Year’s Eve, before the parties began, we had 4,200 cases. We’re now in a third, rebranded shutdown that also will not work.

We have spent the better part of a year working with the governor and his team on some of the strongest indoor dining protections in the nation, which contact tracing data showed limited the spread of the virus. We’ve now been shut down again for eight weeks and cases have only continued to grow. This demonstrates what we’ve been saying: You can achieve compliance in a business, but not in homes.

We know that the increase in cases over the last two months is due to private social behavior – not restaurants. In fact, restaurants provide a place with effective protections that allow people to gather safety, but not while we’re closed.

It is clear the public is growing tired of ten months restrictions and that public support of ongoing restrictions with no discrete end date is fading fast. Despite the Governor's travel advisory, Christmas weekend saw the highest airport traffic since the pandemic began. Public fatigue is weakening the effectiveness of the restrictions but isn’t diminishing the harm.

At the last shutdown, we had no vaccine. Now that we do, we believe the governor must answer: What is the timeline for rolling out the vaccine, who is next in line, and what is this determination based upon? When is herd immunity expected? What is the detailed, long-range plan to support economic activity until herd immunity is achieved? And what is the plan for keeping Main Street from collapsing until that day arrives?

To date, our industry has only seen what amounts to a million-dollar band-aid to a billion-dollar problem that we did not cause and that we haven’t made worse. It’s simply not enough for our increasingly desperate members.

As other states have fought these orders in the courts and organized opening protest, we have done everything we can to work with the governor’s office, but this latest announcement leaves us at a loss for what to do next and makes it clear that we are running out of time.

We will be talking with our members immediately to get a sense of how they would like to proceed, as this plan is not acceptable to the thousands of small businesses whose livelihoods are hanging in the balance and the hundreds of thousands of employees who depend on us.”