About 2,500 masks handed out at Coeur d'Alene event as part of public awareness campaign 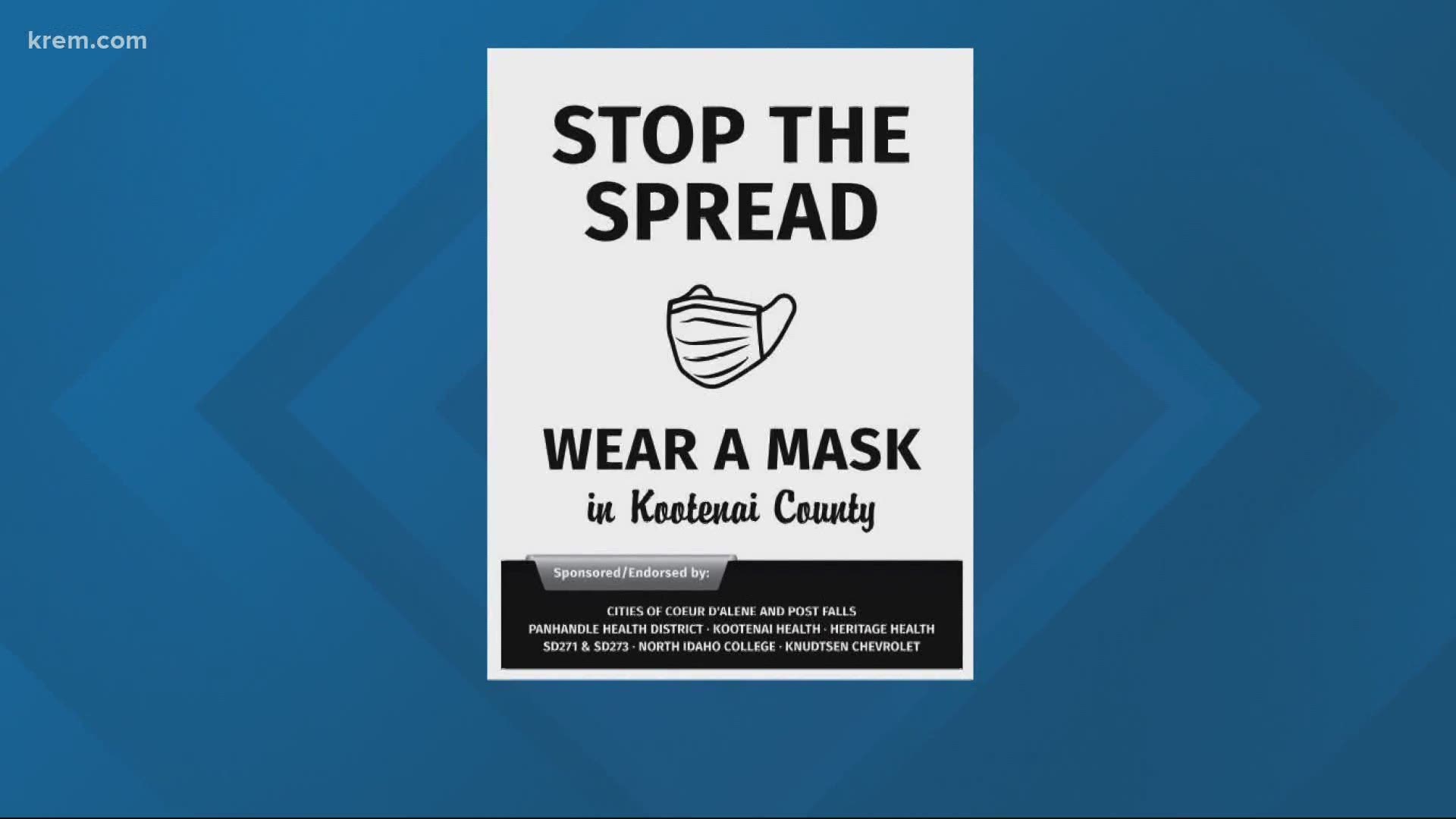 The mask giveaway was the result of a partnership between the City of Coeur d'Alene, Kootenai Health, and other agencies. While the event began at 10 a.m., some showed up early to the giveaway.

"We actually had people start showing up about 9:30. So it's been pretty steady," said Coeur d'Alene firefighter Craig Etherton.

According to Etherton, the city had purchased about 4,000 disposable surgical face masks using funds from the federal CARES act.

"This is really the first public education-type event that we've really done in person," said Etherton, as members of the public utilized the drive-up giveaway location behind him.

"We want the community to be safe and healthy. We want all of the businesses to get open and normalcy to return. We want our kids to get back into the classroom," he said.

Last month, several local agencies announced a countywide public awareness campaign that seeks to encourage members of the public to wear masks. In addition to the mask giveaway, the campaign plans to feature TV advertisements, posters, and billboards.

Face coverings are currently required in public in Kootenai County after the board of the Panhandle Health District passed a mask mandate last month citing rising local coronavirus case rates and community spread. People exempt from wearing masks include children and those with existing health conditions.

The mask order, although legally enforceable, has since been the subject of some controversy in Kootenai County as some have publicly demonstrated against the mandate. Some have argued that face masks are ineffective and infringe on their rights.

"I respect their right to protest that," said Coeur d'Alene city council member Kiki Miller, who has helped spearhead the mask awareness campaign. "But we have an equally loud group of people who want more stringent enforcement on mask wearing in order to slow the spread here."

Miller noted that the campaign isn't aimed just at locals, but also tourists and people from out of town who head to Kootenai County to either vacation or recreate. Many may not be aware of the county's mask mandate, Miller said.

"We want to share our beautiful area with visitors. But we just need to make sure they're aware of that policy," Miller said.

According to Miller, another mask giveaway event will likely take place next week. Miller said the event was tentatively slated for next Thursday at Fire Station Number 3 by Cherry Hill Park.