The incidents occurred Friday night and early Saturday morning, including a fatal shooting in downtown Spokane. 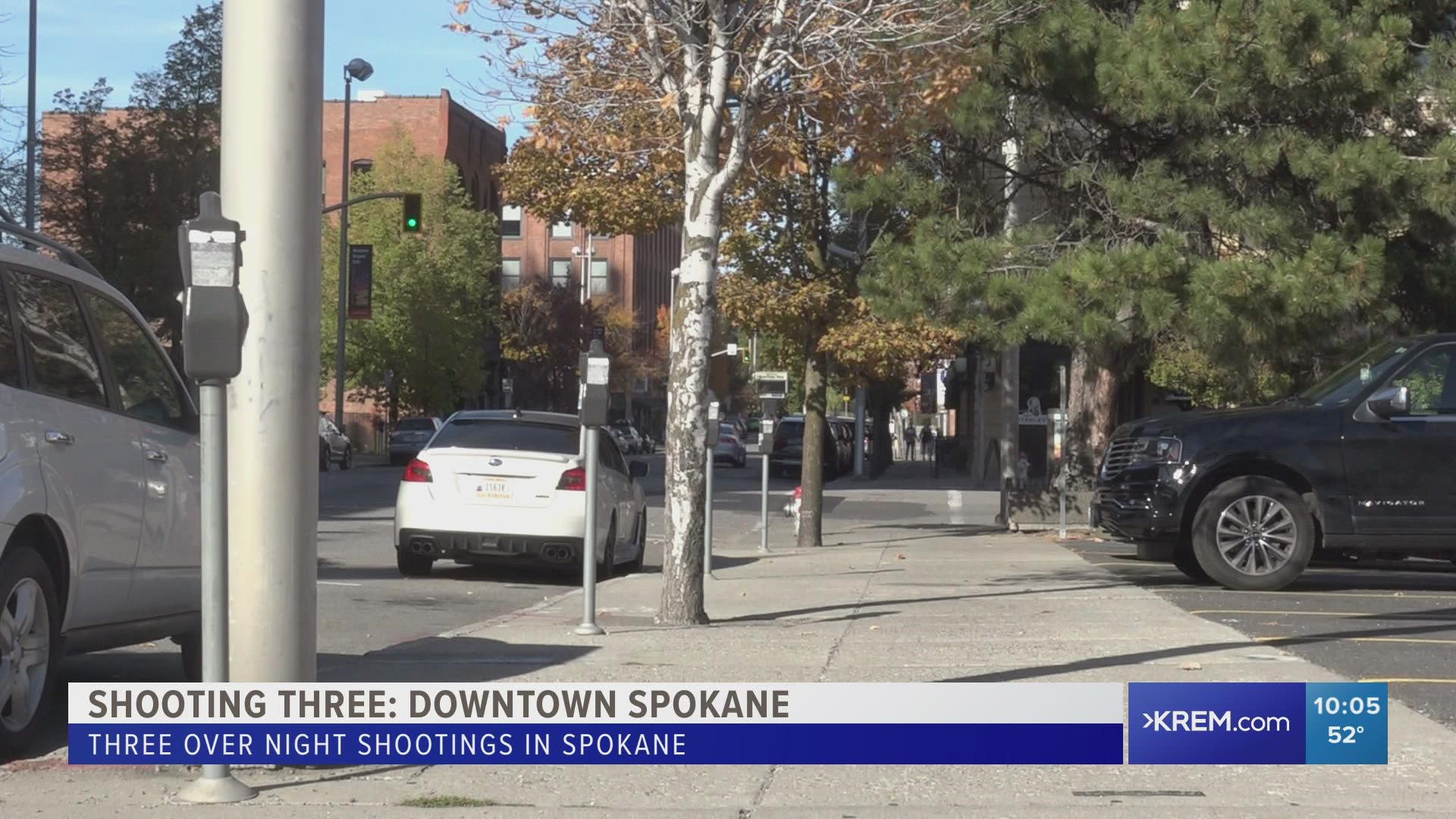 SPOKANE, Wash. — Three separate shootings occurred this Friday night and Saturday morning. According to the Spokane Police Department (SPD), the incidents included a drive-by near the intersection of N Fiske St. and E Ermina Ave., three men randomly firing guns in the air near 3328 N Altamont Blvd. and a fatal shooting on W Riverside Ave. in downtown Spokane.

Around 9:30 p.m., officers responded to a report of four gunshots being heard near N Fiske St. and E Ermina Ave. Once they arrived, officers found multiple shell casings in the middle of the intersection. Witnesses reported a black sedan heading west on East Ermina after the shots were fired. The investigation is ongoing.

About 15 minutes later, SPD officers responded to another call concerning gunshots near 3328 N Altamont Blvd. The officers found numerous shell casings of three different calibers in the grass before obtaining evidence of three men in a group shooting into the air. The men then ran south through an apartment complex. No injuries were reported from the incident.

The last shooting occurred at 12:14 a.m. on W Riverside Ave. in downtown Spokane. Two SPD officers heard gunfire before quickly finding a man down with multiple gunshot wounds. Large crowds formed around the incident before 30 SPD units were brought in to set up the crime scene and control the situation. The man was pronounced dead later at the hospital. This investigation is also ongoing.

The SPD urges anyone with information on any of the three shootings to contact the department by calling crime check at (509) 456-2233.

These shootings are ongoing investigations and we will provide updates once we receive them.