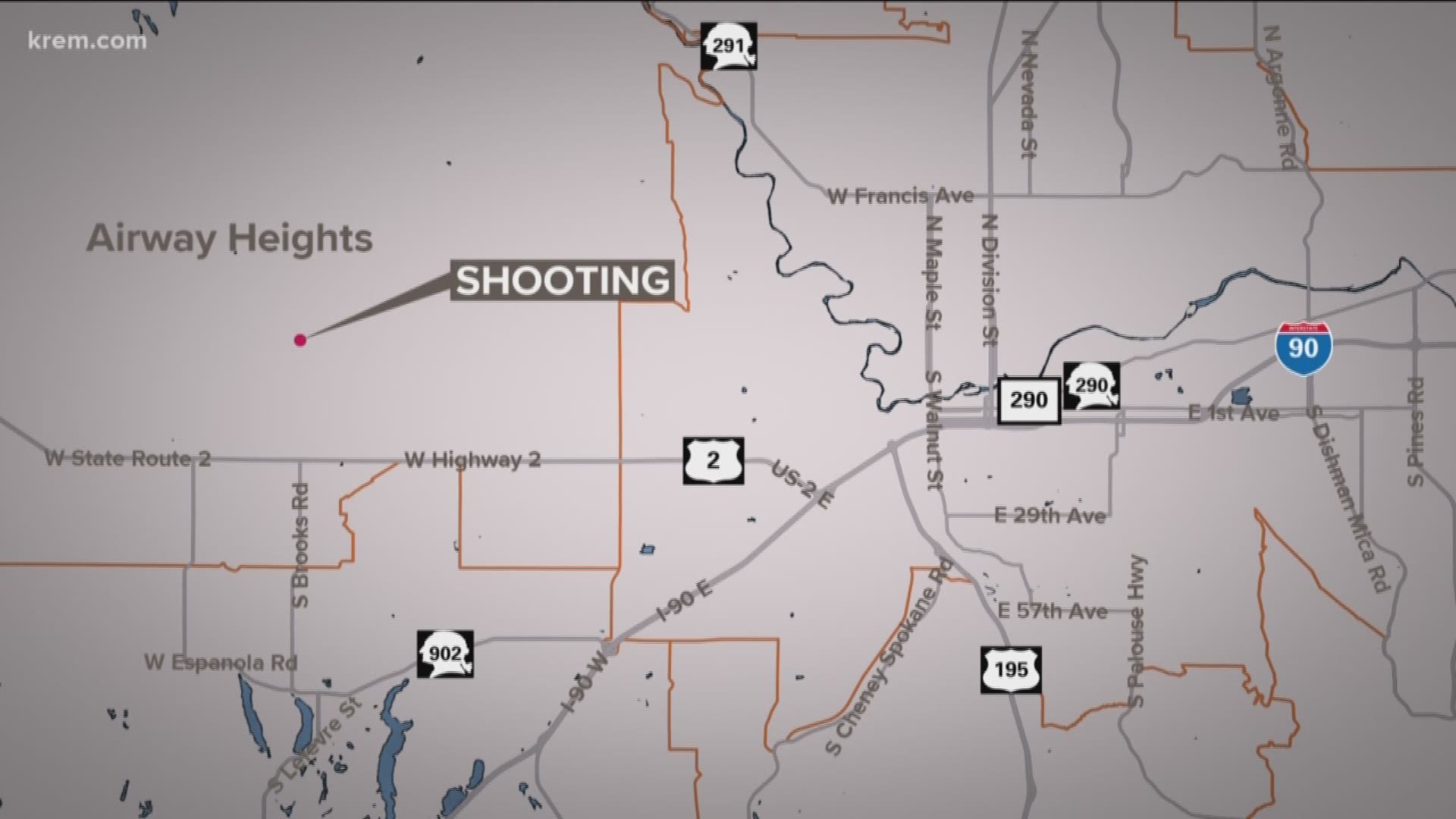 Spokane County Sheriff’s Corporal Mark Gregory said around 9 p.m. a man called 911 saying he and a co-worker were trying to repossess a car at a home in the 20900 block of West Indiana Lane when someone shot out the rear window of his car. The caller said they left scene.

Gregory said in a release on Wednesday that the driver lost control due to rough and icy road conditions and went off the road, hitting a wooden post that deployed the driver's side airbag.

Neither victim was shot, but the passenger was given medical attention for back pain after the crash, Gregory said.

The passenger refused to answer questions and was released at the end of the investigation, Gregory said.

Edens allegedly told police after being detained that he received a text message informing him that someone was prowling his garage, causing him to arm himself with a 12-gauge shotgun and walking to the victim's truck at the end of his driveway, according to Gregory.

Edens allegedly said he couldn't tell what the people in the truck were doing but it was suspicious, leading him to fire three to five warning shots in the air and at the ground, Gregory said. After this, Edens said the truck drove away erratically.

After the truck drove away, Edens allegedly said he went back into his home and unloaded his shotgun before getting into his vehicle to follow the truck, according to Gregory. When he passed the deputies, Edens said he knew he was going to be stopped.

Edens also told police he didn't intentionally shoot at the truck and he didn't know of any of the shots hitting the truck, according to Gregory. He also allegedly told police that he shot to protect his property because "squirrely people" had been by his house lately, and that the damage from the truck must have been cause by gravel flying into the air from his warning shots, Gregory said.

Police advised Edens that he couldn't use deadly force to protect property in Washington, which Gregory said Edens replied with something to the effect of, "I have no idea, sounds like I need to move to Idaho."

Deputies found the shotgun on Edens' porch, along with five spent casings, according to Gregory. Deputies also found damage to the victims's truck consistent with shotgun pellets, Gregory said.

Deputies responded to the call and contacted an involved vehicle near the intersection of Brooks Road and Christensen Road, Gregory said.

Gregory said two men were detained and deputies were still on scene Tuesday night working to get all of the facts in the case. Gregory said one of the men involved in the crash complained of minor injuries.

Deputies have contacted all parties believed to be involved in the incident.

Gregory said this is all preliminary information and deputies are still working to learn more during this ongoing investigation.

He said they hope to provide an update Wednesday when more information is obtained.

RELATED: Man killed in hit-and-run crash near Gonzaga, no arrests made