Officers located the victim and he was transported to the hospital with potentially life-threatening injuries. 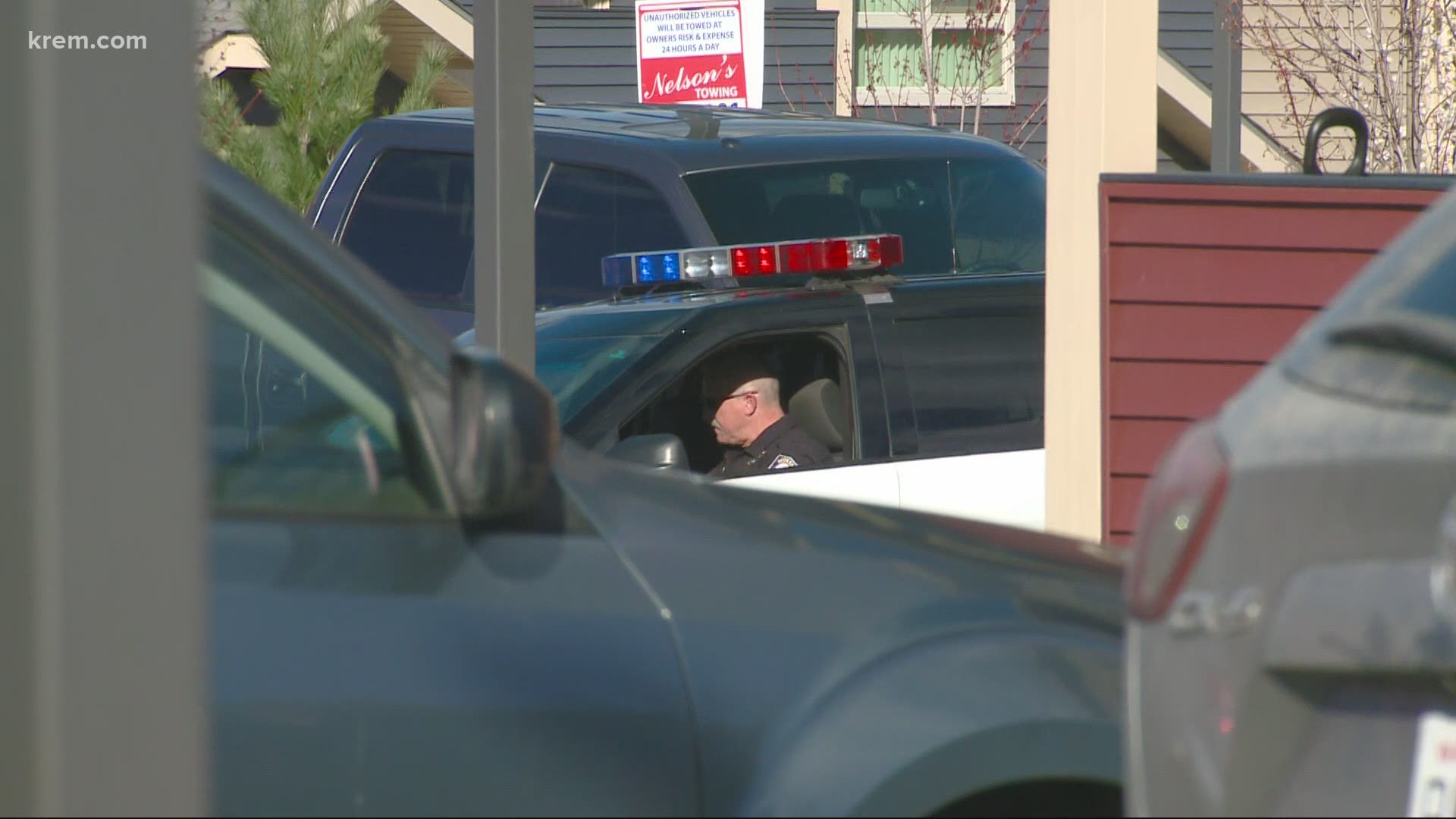 SPOKANE, Wash. — Spokane police are searching for suspects who shot a man in a home invasion robbery on Wednesday evening.

Spokane Police Officer John O’Brien said the shooting was reported around 4 p.m. in the area of 2800 West Elliott Drive.

Witnesses at the scene said they had seen suspects had stolen money and phones from the residence. They also reported the man was shot on the stairwell outside an upper floor apartment.

Officers located the victim and he was transported to the hospital with a potentially life-threatening injury, according to O’Brien. The man has not been able to be interviewed yet due to his injury.

Spokane police have searched the immediate area for suspects and so far, no one has been located, O’Brien said.

Officers were granted a search warrant for the apartment and have collected evidence from the residence.

The investigation is ongoing.

SPD says a man was shot in what could be a robbery-turned-shooting at a west Spokane apartment complex.

Officers located the victim and he was transported to an area hospital for a potentially life threatening injury. pic.twitter.com/Gk8Jchtjsl