The shooting happened near Jefferson Street and Northwest Boulevard in Spokane on Wednesday morning. 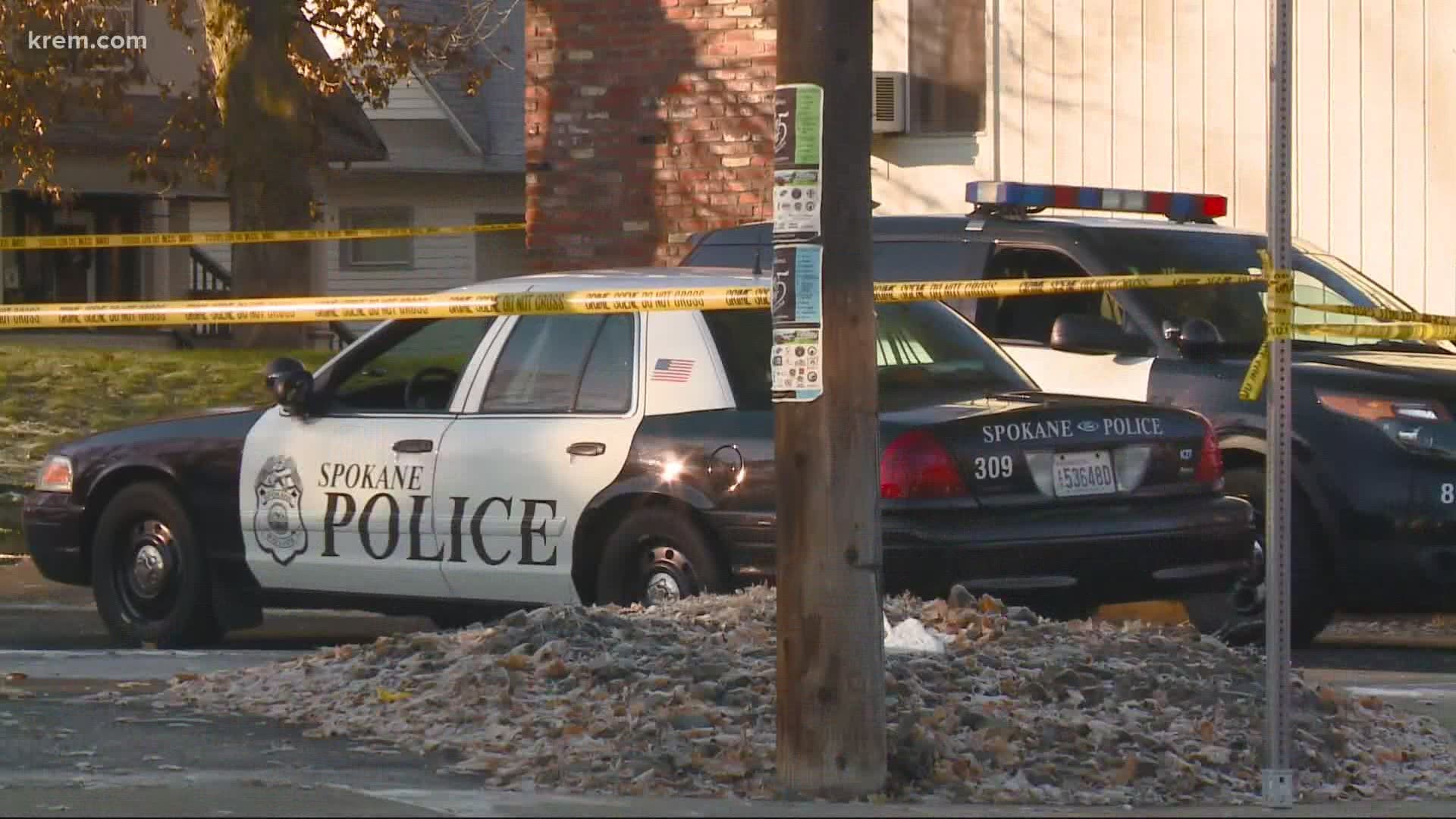 SPOKANE, Wash. — One woman has been charged in connection with a fatal shooting in the Emerson Garfield neighborhood, according to Spokane Police Sgt. Terry Preuninger.

According to court documents released Thursday, the moments leading up to the shooting were captured in cell phone video.

The shooting happened at a house near Jefferson Street and Northwest Boulevard at 4 a.m. on Wednesday, Preuninger told KREM. When police arrived at the home on the 2000 block of Northwest Boulevard, they found the male victim with a gunshot wound.

According to court documents, a witness at the home had video showing the two suspects, including Jalauna Templeton, 18, the victim and two other people. In the video, people were seen displaying and pointing handguns at each other minutes before the shooting was reported to 911, documents say.

People in the house were also seen dancing, drinking hard liquor and pointing guns at each other while posing for the camera, according to the documents.

Documents say the group had been partying since midnight and they were drinking and smoking marijuana.

The witness said Templeton dropped the gun and collapsed to her knees next to the victim, documents say. The witness tried to revive the victim and called 911.

Templeton faces a first-degree manslaughter charge. Another woman was arrested for rendering criminal assistance but the judge determined there wasn't enough probable cause to formally charge her.

The two female suspects were booked into the Spokane County Jail following the shooting, Preuninger said.

Templeton's bond was originally set for $500,000 but the judge lowered it to $100,00 after her attorney argued that she has no criminal history and the shooting was an accident.

The other woman has been released from custody but will have to appear in court later for arraignment as the investigation is ongoing.