The suspect threatened to kill Ford months before the fatal shooting, according to court documents. His father says police need to be held accountable as well. 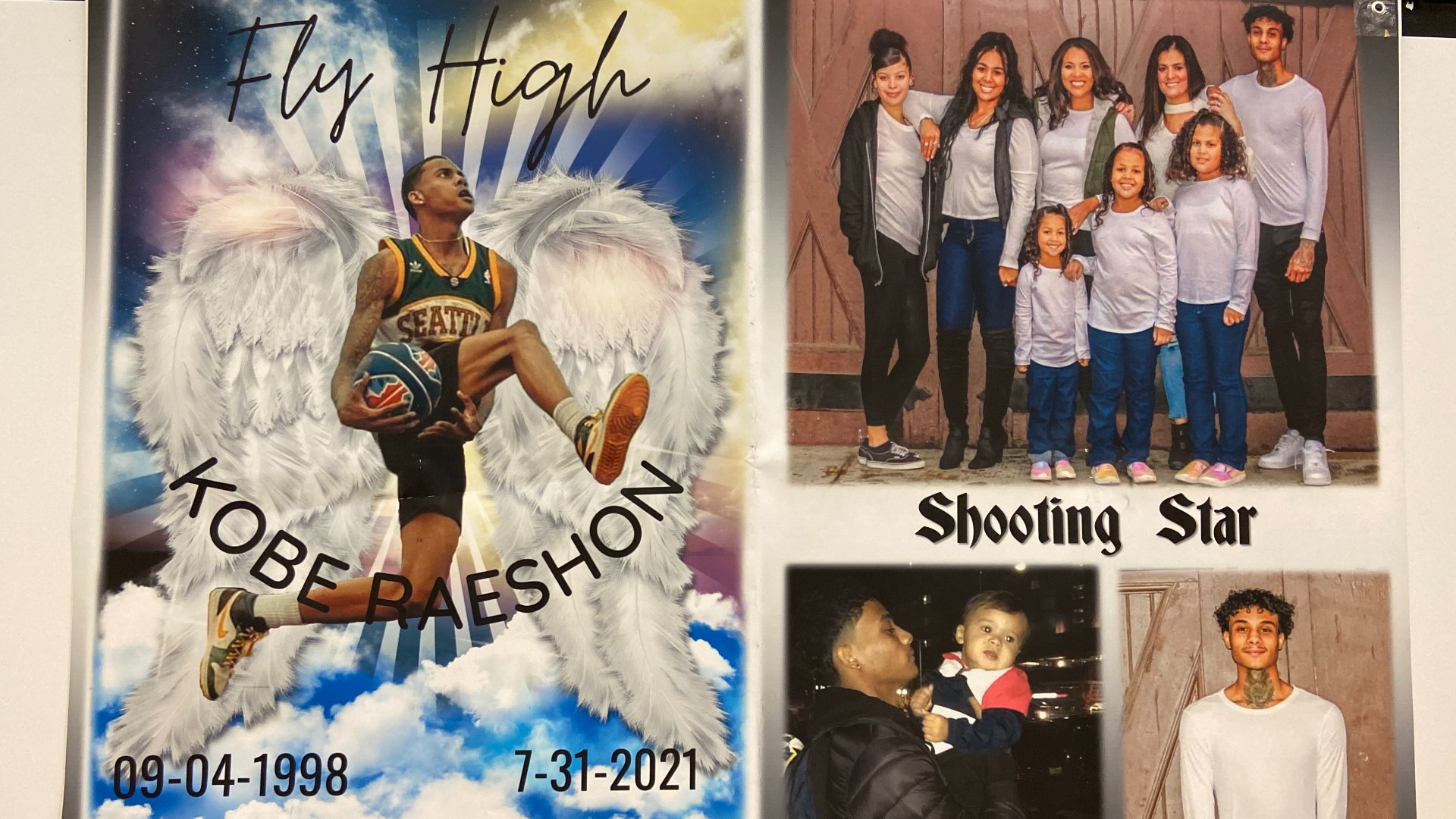 SPOKANE, Wash. — Cars lined the streets and parking lots outside Shadle Park High School on Saturday. But inside, a memorial for 22-year-old Jakobe Ford held hundreds of loved ones and friends in the audience.

Just four years ago, Jakobe, better known as Kobe, graduated from Shadle Park. He wanted to be a professional jumper and less than a month ago he signed a contract with Trident Sports Management to manage his pro career. His son was turning three. Ford's young life was just beginning to unfold.

"Day to day, minute by minute," Chris Ford, Kobe's father, said regarding getting through the past week. "Coming together as a family and getting it done."

He knew people cared about his son, but the memorial at Kobe's old stomping grounds stunned him, Chris said. Hundreds of people came to mourn, reminisce, and pray for the community's loss.

The event began with prayer and song from the family, leading to speeches and then finally an open mic for friends. By the podium were tables full of flowers, pictures of Kobe and athletic equipment. There were so many people at the event that there weren't enough chairs.

"It filled my heart," he said. "It showed me he was out here doing what he had to do, showing love."

Although the love was incredible to see, Chris wants action to come from his son's untimely death.

"The system failed him, no other way to say it," he added.

Kobe was shot and killed on July 31 in downtown Spokane.

Spokane police said shots were fired in the 400 block of W. Sprague Avenue at about 11:30 p.m. It took place near Monterey Cafe and Lucky's Pub. Despite the help of first responders, Kobe died at the scene.

Spokane police officers chased after the suspect and caught him a short time later. Court documents show that suspect Michael H. Le, 25, had previously threatened to kill him. The docs show Kobe was dating a woman the suspect had a child with.

"A life was lost because someone didn't do their job," Chris said. "The guy went from one court for murder, to next door for assault. Clearly, he didn't need to be out."

The suspect was previously arrested in February after threatening Kobe's girlfriend with a knife and cutting her hand during a struggle, documents show. The Le was later arrested for second-degree assault and harassment and ordered not to be in possession of any dangerous weapons. He was expected to go to trial in September.

"Sometimes the first time turning someone in, it doesn't work," he said. "So you need to keep trying."

Chris wants to hold the suspect accountable and the legal system, so no one else slips through the cracks and threats are taken seriously, he said.

"We can do something so it doesn't happen again," he said to KREM 2's Morgan Trau. "We're trying to put you out of work, we don't want you to have these kinds of stories."

Le was arrested and charged with second-degree murder. In his first court appearance Monday, a judge set Le's bond at $1 million.

The memorial followed the hundreds of people who joined Spokane BoneShakers Car Club on Friday for the last ride to honor Kobe, as he was a car enthusiast. Ford's family and friends were joined by motorcyclists, classic cars, and other drivers to honor his life.

The group also drove past some of Ford's favorite spots including Shadle Park High School where he was known as a "shooting star" athlete. He won several awards for his track and field skills including Field Junior Olympic triple-gold medalist and the recipient of the 2017 USATF Youth Athlete of the year.