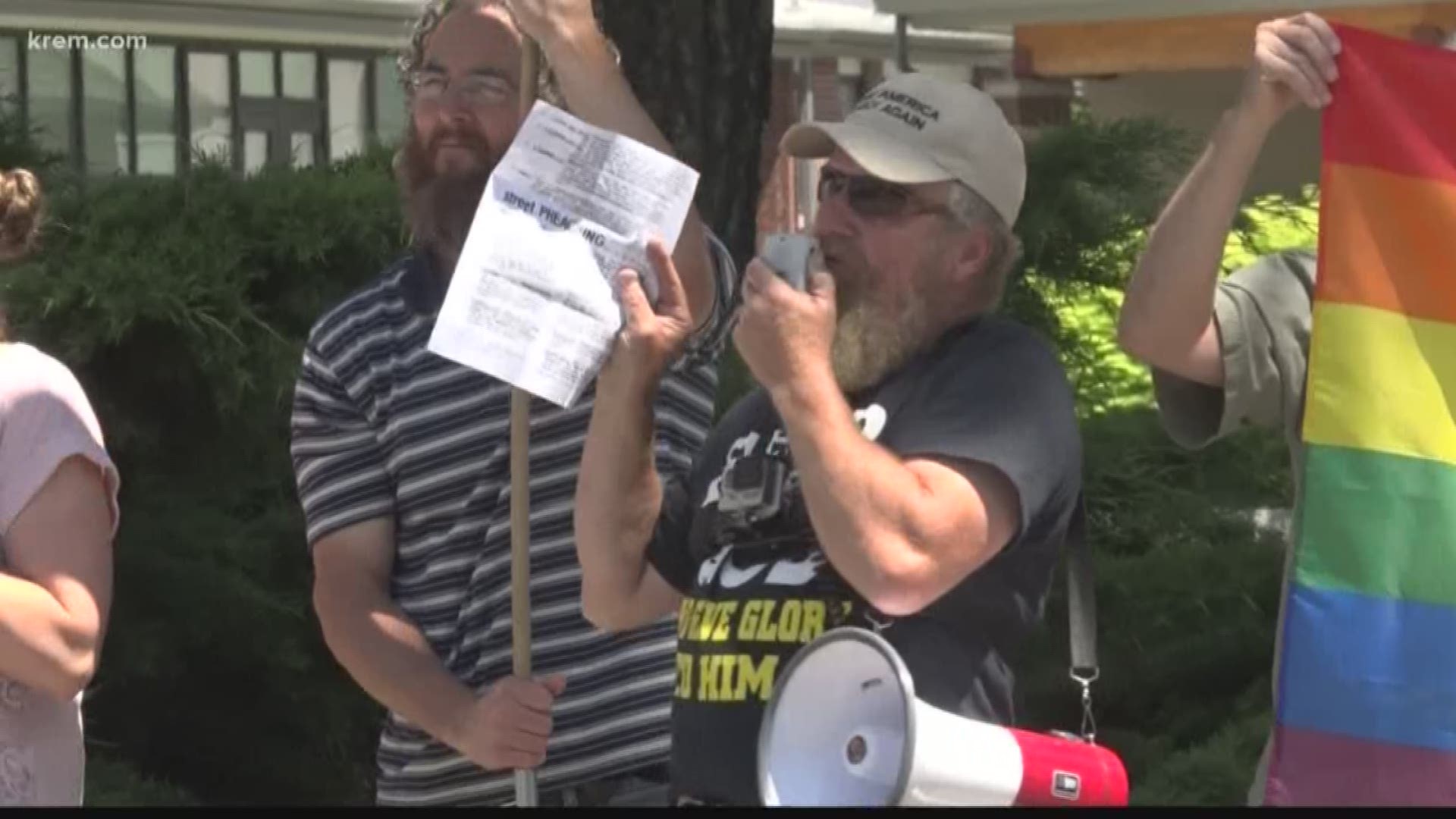 SPOKANE, Wash. — A Baptist pastor posted bond after being arrested Saturday during a protest of the Drag Queen Story Hour at the Spokane Public Library on the South Hill.

Afshin Yaghtin was arrested for obstructing an officer and posted a $1,000 bond Monday. He was the only person to get arrested at the protest. Yaghtin is a pastor at New Covenant Baptist Church.

Spokane Police Sergeant Terry Preuninger said Yaghtin was given numerous opportunities to stay in the protest’s designated area. He said Yaghtin kept going to the side of the counter protesters but insisted he just wanted access to the library.

Preuninger said he was given numerous warning and was taken into custody after he did not comply. He said Yaghtin was respectful and did not resist arrest.

Police began arriving on scene about two hours before the event began at 2 p.m. to get ahead of the protests. Demonstrators appeared on both sides of S. Perry St. by about 1:20 p.m.

The drag queens arrived for the event as protesters and supporters for the event stood on opposite sides of the street waving their respective signs.

Another Drag Queen Story Hour is scheduled to take place at the downtown library June 22.