Spokane libraries will host two events for drag queens to read to children during Pride Month. 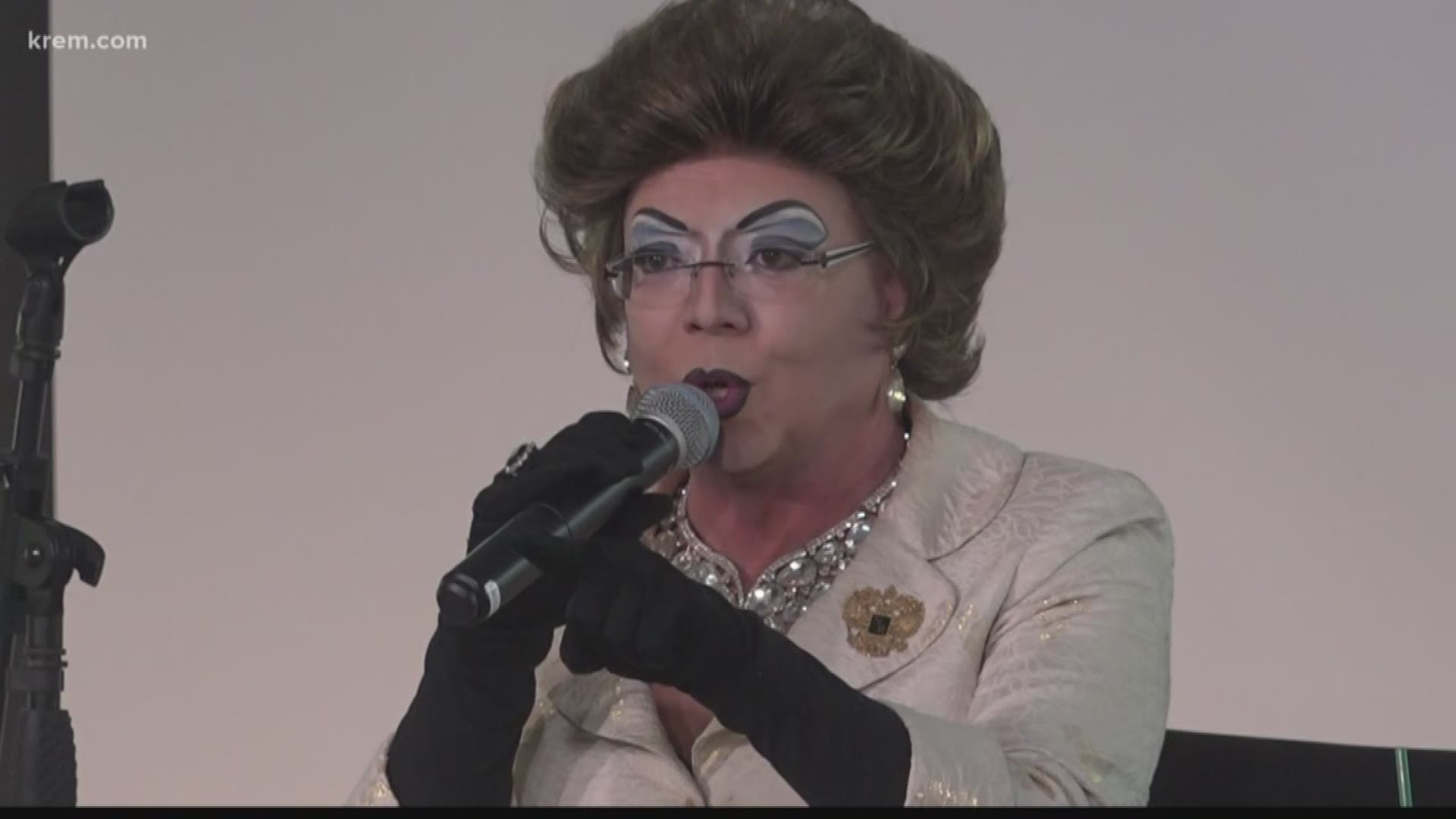 To answer questions and address community concerns that have arisen in recent weeks, the library hosted a panel discussion on Thursday night at the downtown branch.

At the event, two local drag queens, two academics and a minister explained drag and why Drag Queen Story Hour exists, and addressed accusations that drag equates to blackface or is inappropriate for children.

The beginning of the conversation focused on defining drag and explaining its purpose, which the panelists said is performance art.

"If there are kids out there that are confused by the idea of what a drag queen is, it’s super easy to teach them what they are," said local queen Tirrany Hex. "They're adults that play dress-up."

"The fact that a drag queen is reading to a child is not putting that child at any more threat or risk than having your grandmother read to a child," said Nova Kaine, another Spokane drag queen.

Tirrany Hex said that, like with any other art form, drag comes in a variety of styles.

Andrea "Andy" CastroLang, a pastor at the Westminster Congregational United Church of Christ, explained one of the benefits of Drag Queen Story Hour.

"We want these beautiful children to learn the beauty of all people and the diversity of ways living in this world," she said.

To the queens, the criticism of the event represents a step back for the LGBTQ community.

"I find it offensive that anyone would tell any person out there, 'You are not allowed at a public library,'" Kaine said. "You don't have the right to tell me that I could not bring my children and my grandchildren to this institution of learning. And if I choose to let my grandchildren and children watch [Tirrany Hex] read 'Mary's Got a Little Glam,' that is my right."

"We as queer people have every right to exist outside of adult spaces and we have been pigeon-holed into those spaces. And now we're being told we're not allowed to leave them. And I'm here to say that that stops now," Hex added.

One of the most vocal critics of the event has repeatedly compared drag to blackface.

"My first instinct to, ‘Is drag comparable to blackface?,’ is ‘No!’" Hex said.

Representatives from the Eastern Washington University Africana studies department were invited to address the issue. They were unable to attend because of a graduation ceremony, but one professor sent notes which said that drag is not equivalent to blackface, largely because it is not rooted in the same oppressive history or in demeaning a group of people.

"Drag is an entertainment and performance art. We are not making fun of anyone other than possibly ourselves," she said.

Tirrany Hex also said that much of the criticism of drag is rooted in a misconception that it is men performing as women, when in fact it consists of all sexes and genders performing as each other.

Protests and counter-protests are expected.

"It will remain a safe event. And I would love for those that are planning on attending the counter-protest to please understand that we are the vehemently nonviolent."

Note: The Spokane Public Library is a separate entity from the Spokane County Library District. The county library district said it is receiving backlash for these events, which it is not putting on.