The events have drawn criticism and outrage from some community members, prompting a community discussion scheduled for Thursday night at the Downtown library. 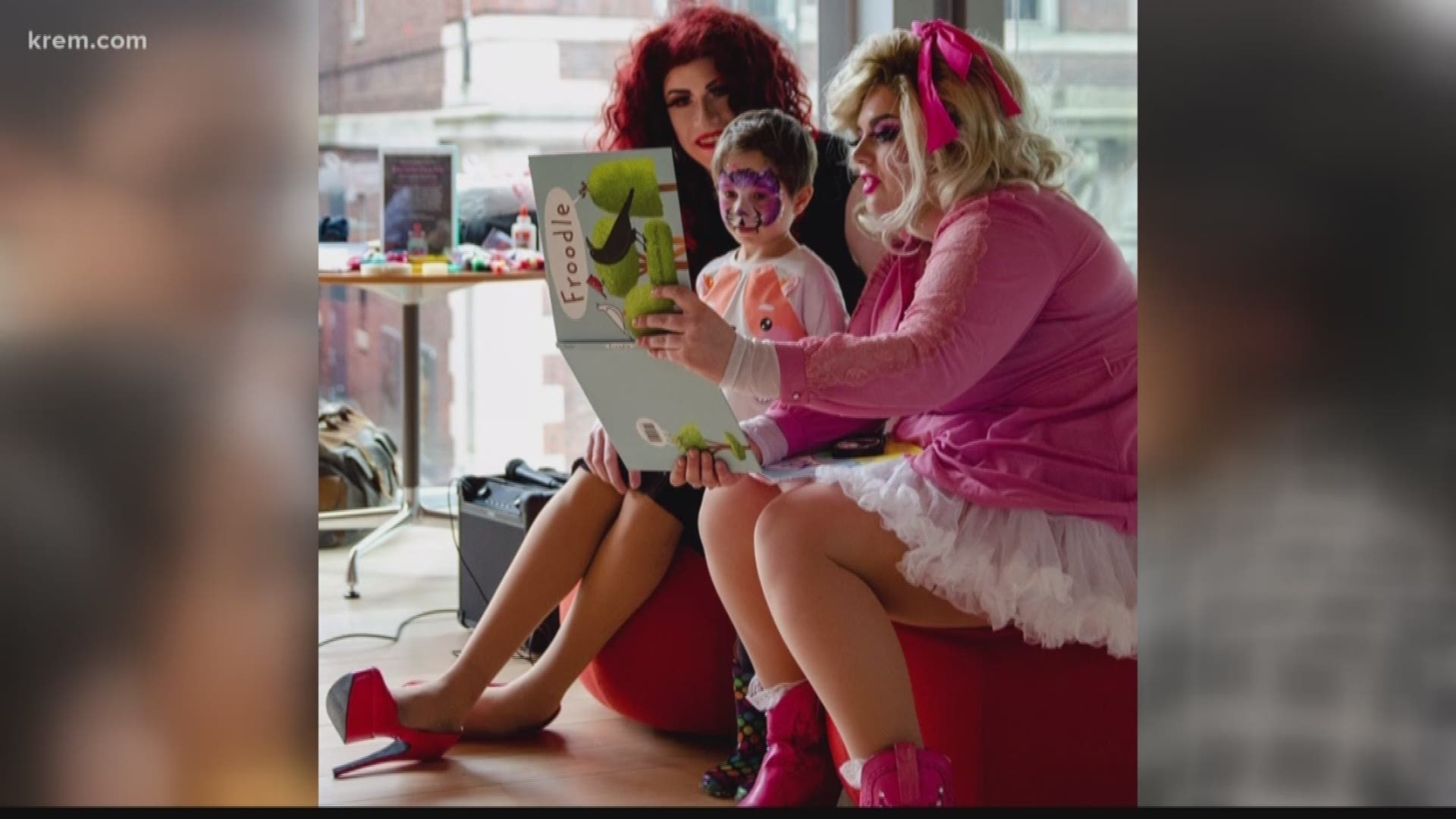 SPOKANE, Wash. — A planned "Drag Queen Story Hour" at Spokane's public libraries is creating plenty of buzz. The events, which feature drag queens reading to children, follow similar readings that have been trending across the country.

Drag Queen Story Hours are planned for the South Hill Library on June 15th and the Downtown library on the 22nd. The events are in accordance with Spokane's Pride Month.

The events have drawn criticism and outrage from some community members, prompting a community discussion scheduled for Thursday at 7 p.m. at the Downtown library. Organizers say everyone is invited to attend the discussion, "even those with whom we disagree."

"We ask that all who attend do so peacefully and with the understanding that we all want to engage in a civilized conversation," organizers wrote on Facebook.

Anna Bohach, creator of the Facebook group 500 Mom Strong, has spoken out against Drag Queen Story Hour. In an interview with KREM, she said drag is "extremely offensive to women" and equated it to blackface.

"Our [500 Mom Strong] argument is that we should not be teaching children that it's OK for a man to dress as a woman to mock women," she said.

Bohach said she was invited to speak as a member of the panel during the community discussion but she declined the offer. She said the panel was called "Understanding Drag" and only featured "pro-drag" members.

"I was going to be the only dissenting voice," Bohach said. "They're not willing to have a fair and civil discussion, so why would I go to that? They don't want to hear my voice," she said.

Bohach added that she and her husband have both received threats of death and violence on social media, which she says have been reported to Spokane police.

Based in New York, "Drag Queen Story Hour" writes on its website that its events are designed to promote gender diversity, inclusiveness, and providing children with LGBTQ role models.

"In spaces like this, kids are able to see people who defy rigid gender restrictions and imagine a world where people can present as they wish, where dress up is real," reads a statement on the Drag Queen Story Hour website.

Noting the popularity of the events, Spokane Public Library staff said that the events aim to promote its mission of inclusiveness.

"One of our key values is to include everyone in our diverse community," said Ellen Peters, the community engagement manager for the library's Southern region. "This is an opportunity for parents to show their kids that although their neighbors may be different than them, they're all part of the same community."

Peters noted that the library has received mostly positive feedback about the planned readings. Despite that, library officials said they were aware of at least one protest planned in accordance with the Drag Queen events.

500 Mom Strong has planned a protest during the Drag Queen Story Hour on June 15. The event description says the goal is to bring 500 moms to the event in protest.

So far, 75 people say they are going, with nearly 350 people who are interested in attending.

"We might have some people protesting. It's a free country. They're welcome to do that," Peters said. "We value everyone's feedback and opinions."

"It's something that we hope will be fun for the kids. And at the same time, maybe they can learn a little bit about the diversity of our neighborhood," said Peters of the of Drag Queen Story Hours.

"There will be a little glam and glitz," added the librarian. "Personally, and not as a library employee, I thought it looked fun."