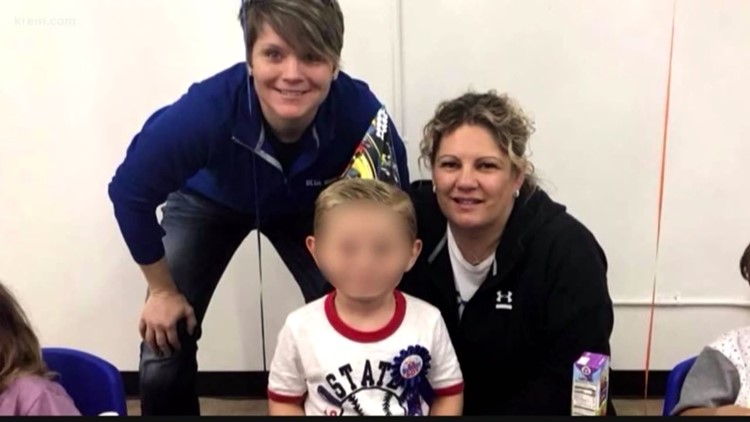 SPOKANE, Wash. — The estranged wife of Spokane astronaut Anne McClain has been indicted on charges of lying to authorities about claims that McClain improperly accessed her bank account from the International Space Station.

A federal grand jury in Houston returned the two-count indictment against Summer Worden of Wichita, Kansas, on Feb. 27. The charges allege that she made false statement to NASA's Office of the Inspector General (OIG) and the Federal Trade Commission (FTC).

Worden is expected to make her first appearance before a judge on April 13.

McClain took to Twitter in August to deny claims from Worden that she committed identify theft and improperly accessed her spouse's financial records while aboard the International Space Station.

According to an article published in the New York Times, McClain admitted through a lawyer that she had accessed the bank account but insisted it was just to take care of the couple's still connected finances.

According to the indictment, Worden maintained multiple bank accounts at USAA Federal Savings Bank. She allegedly shared access to her online accounts "with a commissioned officer in the U.S. Army on detail to NASA’s Johnson Space Center" who had access until at least Jan. 31, 2019.

The indictment alleges that Worden filed a complaint with the FTC, alleging that McClain had improperly accessed her bank account.

According to the indictment, Worden allegedly filed the false complaint on March 19, 2019, with the FTC and later made a false statement in an interview with NASA OIG on July 22, 2019.

Worden faces up to five years in prison on each count and a possible $250,000 maximum fine if convicted.