Aaron von Ehlinger left the country for a months-long international vacation, not to outrun charges that he had raped a Statehouse intern, his attorney says. 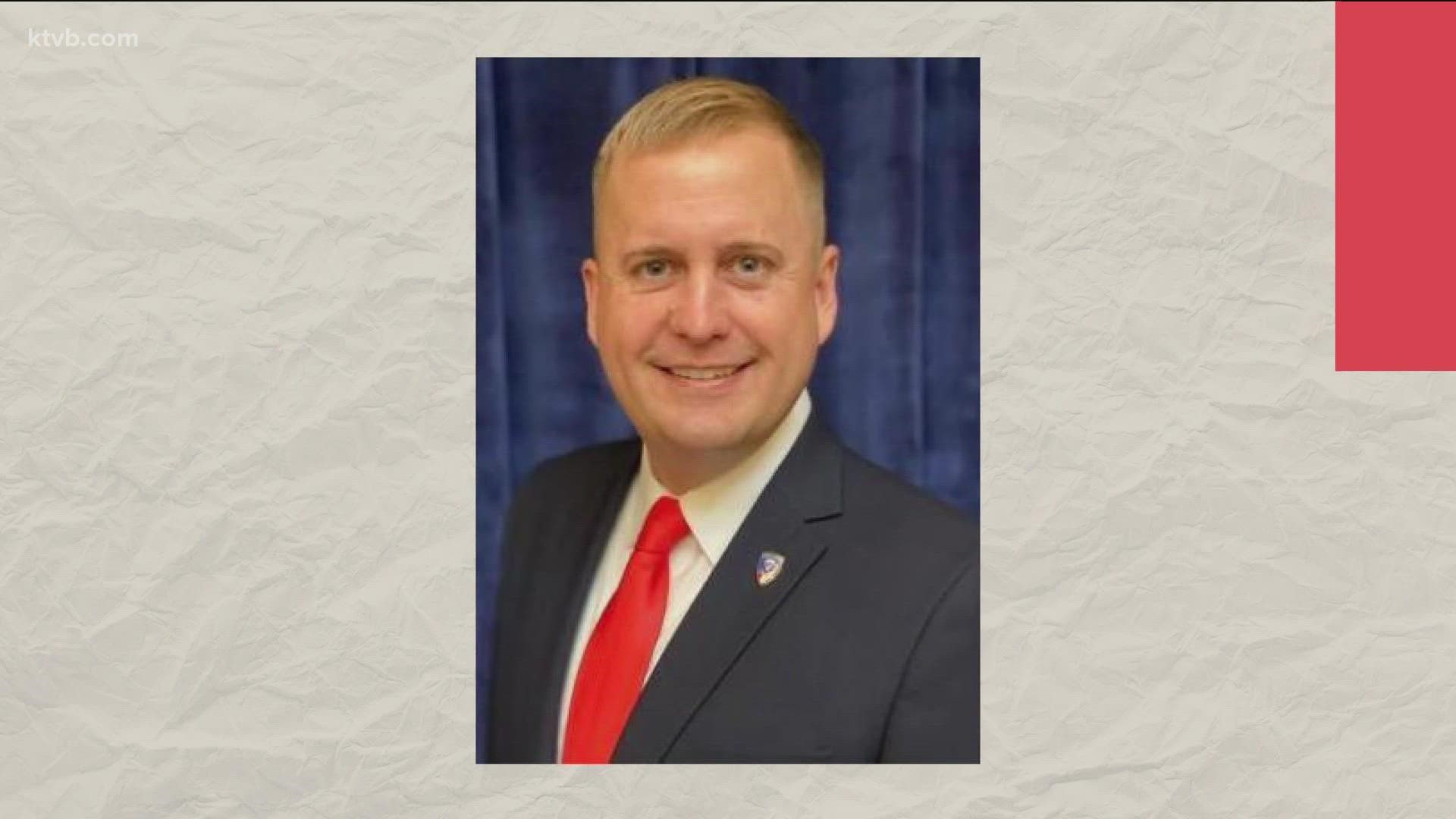 BOISE, Idaho — The lawyer for a former Idaho lawmaker accused of sexually assaulting a Statehouse intern insisted Wednesday that his client was enjoying a months-long international vacation, not trying to outrun rape charges.

Aaron von Ehlinger, 39, was arrested at Hartsfield-Jackson International Airport in Atlanta Saturday night after his plane back to the U.S. landed. He has been held in the Clayton County Jail since, attorney Jon Cox said.

"They actually made an announcement when the plane landed, and he had to get off the plane first and he was taken into custody," he said.

Boise Police launched an investigation in March after a 19-year-old intern at the Idaho State Capitol told detectives von Ehlinger had raped her in his Boise apartment after the pair went out to dinner. The lawmaker, a Republican from Juliaetta, resigned from his seat in the Idaho House in April after a bipartisan ethics committee found he had committed "conduct unbecoming a representative" in his romantic pursuit of the intern and several other women who worked at the Idaho Capitol.

The following month, in May, von Ehlinger left the country and flew to Central America.

Cox said his client was taking a vacation with family and tending to some "business interests," adding that he was unsure which country the former lawmaker had traveled to. But the defense attorney was adamant that von Ehlinger was not a "fugitive" and was not trying to avoid prosecution by leaving the U.S. while the rape investigation was going on.

"There was some perception that he was on the run, that he was trying to hide, and that is absolutely not true," Cox said.

Von Ehlinger learned of the arrest warrant soon after it was issued on Sept. 9, Cox said, and retained him as a lawyer. Cox then reached out to the detectives assigned to the rape case, let them know that von Ehlinger was out of the country, and informed them that he would return to the U.S. to surrender Sept. 24.

When asked why von Ehlinger did not cut his vacation short and return earlier upon learning of the warrant, Cox responded that he did not believe it was necessary.

"Our thought was, you know, what's two more weeks to get him back?" he said.

Credit: AP
State Rep. Aaron von Ehlinger, R-Lewiston, listens as an alleged victim, identified as Jane Doe, offers testimony during a hearing before the Idaho Ethics and House Policy Committee, Wednesday, April 28, 2021, in the Lincoln Auditorium at the Idaho Statehouse in Boise, Idaho. Von Ehlinger was before the committee to face sexual misconduct allegations with a 19-year-old volunteer staff member during the current legislative session. (Darin Oswald/Idaho Statesman via AP)

The attorney also argued that von Ehlinger's incarceration in the Clayton County Jail, where he was listed as a "fugitive from justice," is the result of a sort of misunderstanding.

Cox says the warrant issued for von Ehlinger was a "book and release" warrant, meaning he could turn himself in at the jail, be photographed and fingerprinted, then let go without paying a bond. Authorities in Georgia, however, mistook the "no bond" designation as meaning the suspect should be held without bond - that is, could not be released for any amount of bail money.

The lawyer says Clayton County has requested clarification from the Ada County Prosecutor's Office, but the prosecutor has not provided it. If von Ehlinger is not released in Atlanta, the State of Idaho has 30 days to travel to Clayton County to retrieve him as part of the extradition process.

A spokeswoman for the Boise Police Department declined to say whether detectives knew von Ehlinger was out of the country.

Emily Lowe, a spokeswoman for the Ada County Prosecutor's Office, said a copy of the arrest warrant has been sent to Clayton County, and that von Ehlinger is being held "consistent with the legal standards and practices for one who is arrested on an Idaho warrant in another state."

"The warrant allows for his release once he is booked into the Ada County Jail, where he will be served with a no contact order that was served in conjunction with the warrant," Lowe said.

It's unclear whether Ada County will seek to retrieve von Ehlinger from Georgia or allow the 30-day limit to elapse. A lawyer for the intern said she had not been notified of the arrest by police, prosecutors, or a victim-witness coordinator assigned to the case.

Cox argued that his client "was always willing, ready and able to comply with this warrant," and that he should be allowed out of jail so he can fly back to Idaho on his own dime, rather than at taxpayer expense.

Von Ehlinger denies any wrongdoing in the case, his lawyer added.

"He is adamant that he is going to fight these charges," Cox said. "Certainly, he is not in the best of spirits because he is in custody in Atlanta, Georgia. He is anxious to get back and deal with this."

If convicted, von Ehlinger could face up to life in prison. 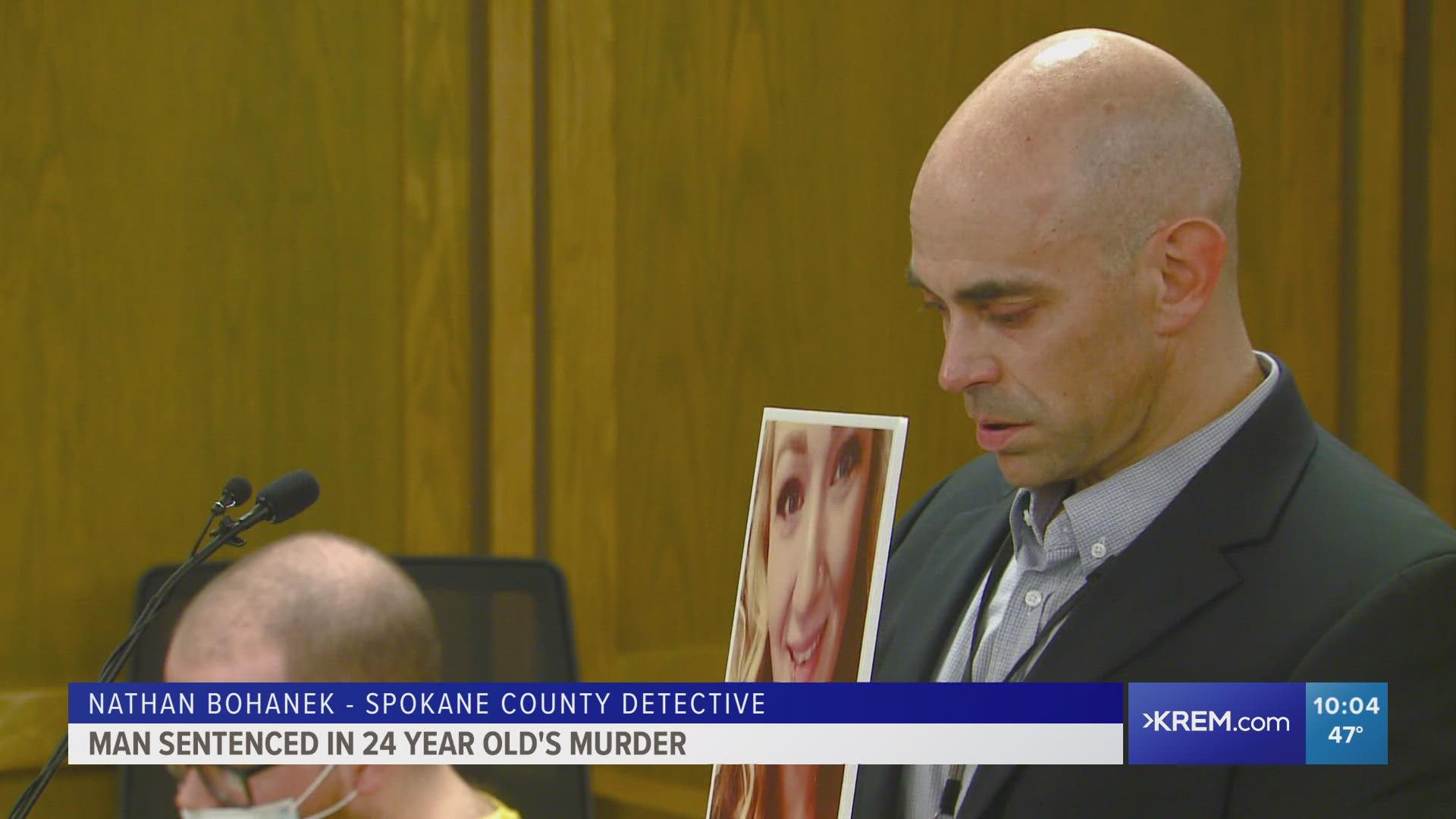