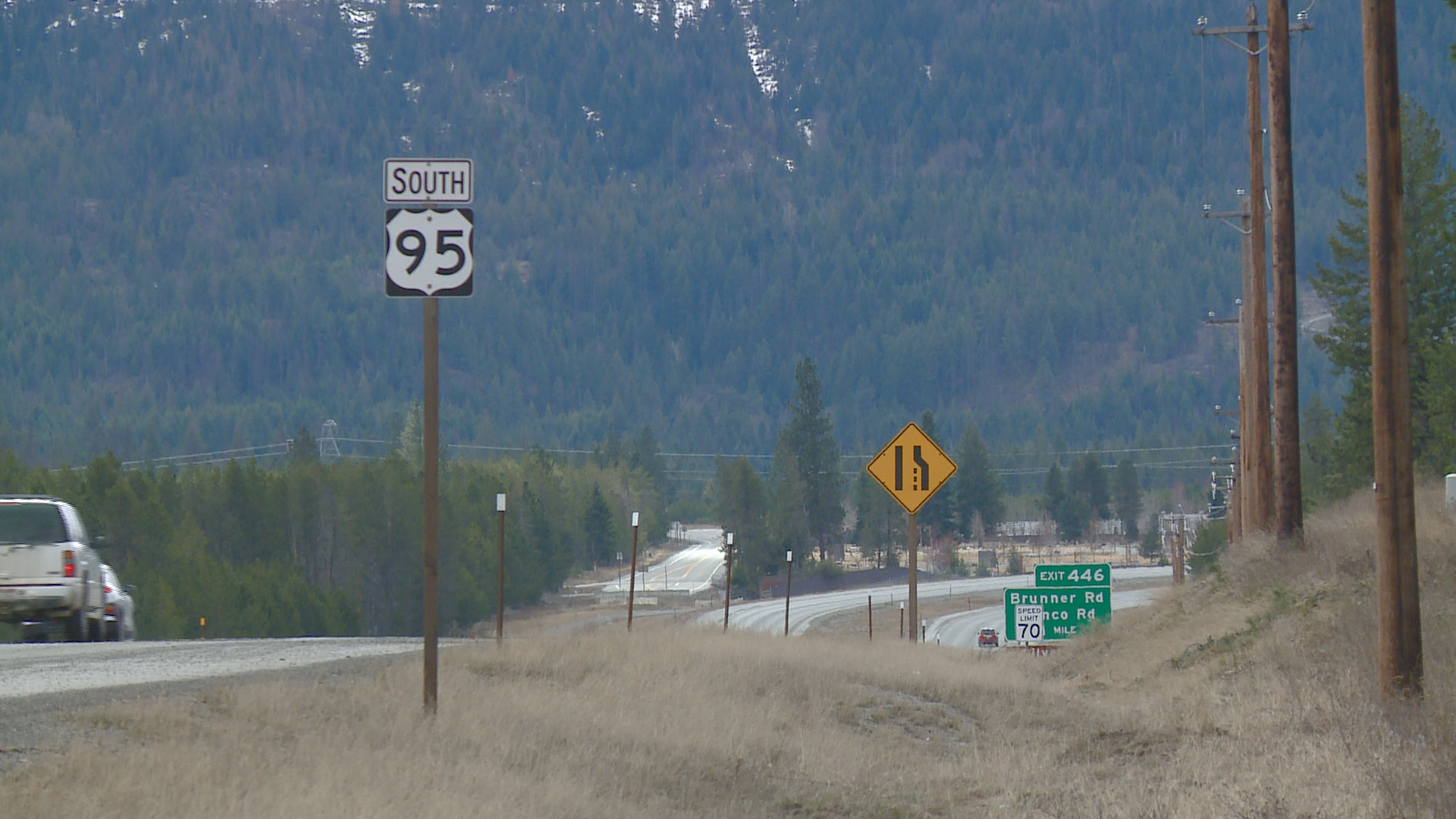 ATHOL, Idaho — Idaho continues to grow at a rapid pace, leading to a growing list of unfunded transportation projects across the state that leaders must confront, according to Governor Brad Little. On Monday Gov. Little announced a new $1.5 billion bill that addresses the state's unprecedented growth.

More than 60,000 people travel on I-90 between Washington and Idaho every day, according to Little. He said the interstate has reached its capacity.

More than 27,203 people moved to Kootenai County over the past decade, according to the Idaho Department of Labor's Sam Wolkenhauer. That makes for a growth factor of 20%.

"My idea to build a wall and not let anybody in has not got much traction," Little laughed. "Every time I come up to Coeur d'Alene, I've talked about building a wall — everybody cheers."

"We want to have that smart growth and that connectivity to where people can, A: Get to work, B: Get out to play and C: Businesses, like the one that we're standing in right now, can be competitive on the global market," he added. "There's good interest in the legislature about it, but it's always difficult to do road projects and to put more money into transportation."

He said the 15 miles between Washington and Coeur d'Alene are the most heavily traveled in Kootenai County, so the roadway needs to be redone.

Little asked for $80 million a year for the next decade to add an additional lane in each direction and also to widen six bridges. He said he is working with the legislature to figure out how to pay for his entire transportation project. It is estimated to cost around $1.5 billion and he is looking to use money from the general fund.

Back in November, Kootenai County voters shot down a proposed $50 vehicle registration fee designed to improve area traffic flow and congestion. The measure would have helped fund 12 proposed transportation projects in the county, including a proposal to widen I-90 between Stateline and Coeur d'Alene.

"I am supportive of local government," he said. "This is really going to be an all-hands-on-deck."

Kootenai County projects the population to double by 2055, according to their 2020 comprehensive plan. Cities like Post Falls are projected to reach 100,000 people by 2040, more than triple their current population, according to a study done by the Kootenai Metropolitan Planning Organization (KMPO).

"It's up to local government to manage growth," he added. "It would not make any sense for me to say, 'There's too many people moving into Coeur d'Alene, we're not going to fix the interstate,' when I've got other areas in state where they'd like to see some more growth."

He acknowledged many North Idahoan's dismay with population growth. Curbing new residents was even the main platform of Kootenai County Sheriff Bob Norris in the 2020 Sheriff election.

"Everybody mourns for the old age, when they went fishing, hunting, golfing, whatever it was and there weren't very many people," Little said. I've got as many stories as anybody about the good old days when there was nobody out there."

He said yes, fixing long overdue traffic problems may cause more people to move to North Idaho, but it will also help people stay. This bill could offer numerous jobs for construction and a shorter commute time across the region.

"But you got to be careful you don't build that wall on somebody that was raised here, went out of state to work or to go to school," he said about his desire to build a wall around Idaho. "I don't want to build that barrier to where they can't come back here and come to work."

There is not a detailed timeline yet on the bill. If it passes, he said he will start working on fast growing areas, like North Idaho.

On @KREM2 after the Baylor & Arkansas game:

Idaho continues to grow at a rapid pace. According to Governor Brad Little, Idaho is the fastest growing state in the nation.

I spoke one-on-one with @GovernorLittle on a new bill that addresses the state's unprecedented growth. pic.twitter.com/wpgQgZu5db