The funds would go toward 12 projects in Kootenai County. 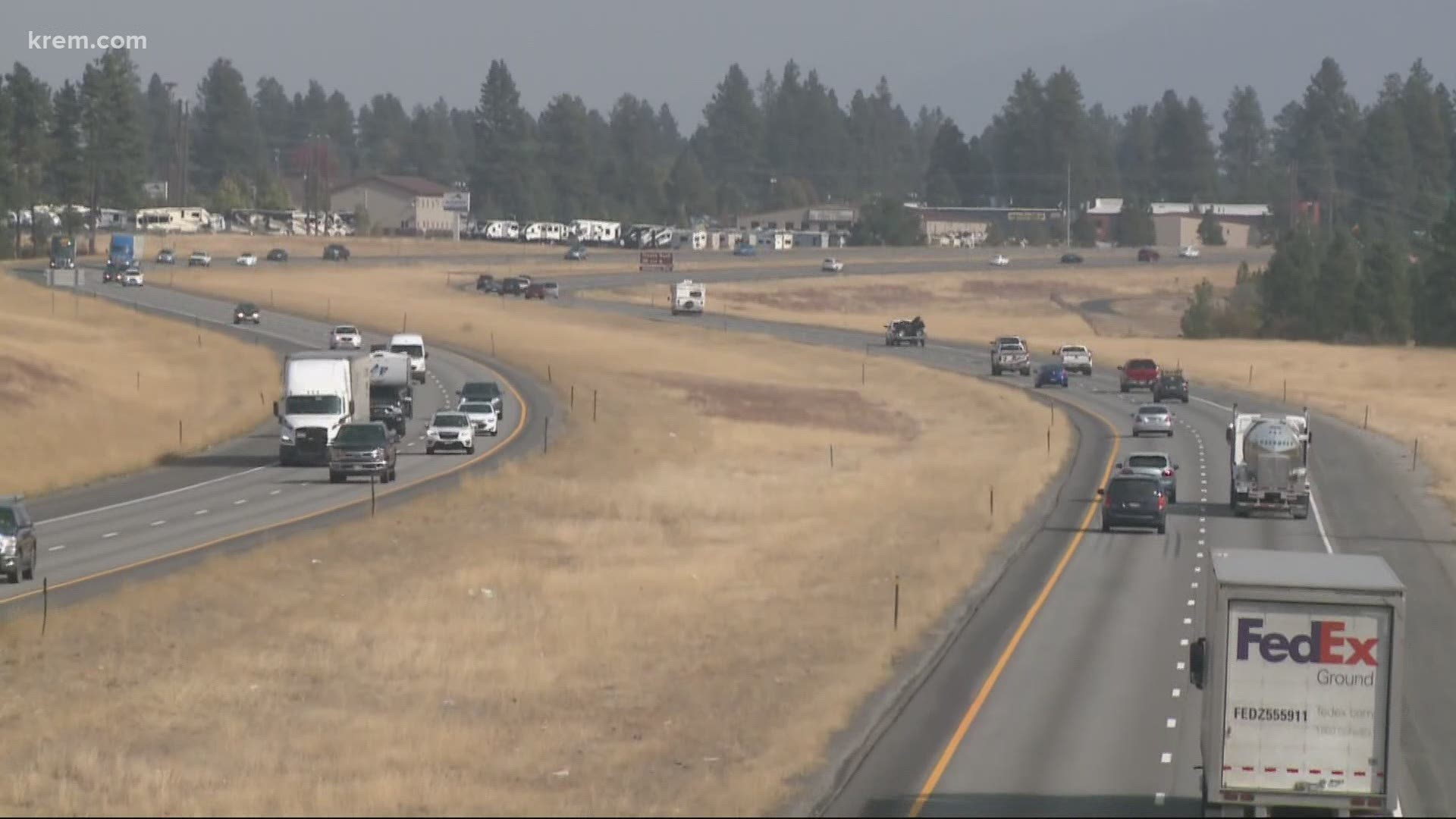 KOOTENAI COUNTY, Idaho — Kootenai County voters heading to the polls in November will decide the fate of a proposed $50 vehicle registration fee designed to improve area traffic flow and congestion.

The measure would help fund 12 proposed transportation projects in Kootenai County, which local leaders say are needed given the area's population growth. Among the projects include a proposal to widen Interstate 90 from four lanes to six lanes between Stateline and Coeur d'Alene.

Other notable projects in the measure include relocating the I-90 Huetter rest area port of entry, creating a new I-90 overpass near Kootenai Health and widening notable arterials like Prairie and Poleline avenues.

"I've seen a lot of changes in Kootenai County," said Glenn Miles, who has lived in the county since the 1990s.

Miles serves as the executive director for the Kootenai Metropolitan Planning Organization, a multijurisdictional agency chartered by the U.S. Department of Transportation that examines local transportation issues.

The need for the projects, Miles said, has been prompted by increasing traffic congestion and other issues caused by Kootenai County's steady population growth.

Since then, the county's population has more than quadrupled.

"And we expect about another 135,000 people to arrive between now and 2040," explained Miles. "So we're looking at the constraints that are occurring today and then we're looking at what's happening in the future as well."

RELATED: Friday is the deadline to register to vote in Idaho

The proposed $50 vehicle registration fee would be annual and per vehicle, according to Miles. Fees for motorcycles and "terrain vehicles" would be $25.

If passed, the new fee would be in addition to the base fees drivers already pay when registering their rigs. Those range from $45 to $69 based on the age of a driver's vehicle, according to Miles.

According to Miles, the new fee would drive 30 percent of costs associated with the 12 proposed projects, with an expectation that 70 percent of the funding would come from state and federal resources.

According to ballot language, the registration fees would remain in Kootenai County and would only be used to support the proposed 12 improvement projects.

"With that, you get improvements to a transportation system that you rely on for your everyday needs, that the economy of Kootenai County relies on," Miles said.

Idaho's current Transportation Improvement Program, which was recently adopted by the Idaho Transportation Department and KMPO, doesn't include construction of the 12 projects, according to Miles.

"So unless additional funding becomes available, they are not planned anytime soon," Miles said.

The measure needs a simple majority to pass.