The facility will be used to transfer parcels from the airport to and from the Amazon Fulfillment Center in West Plains. 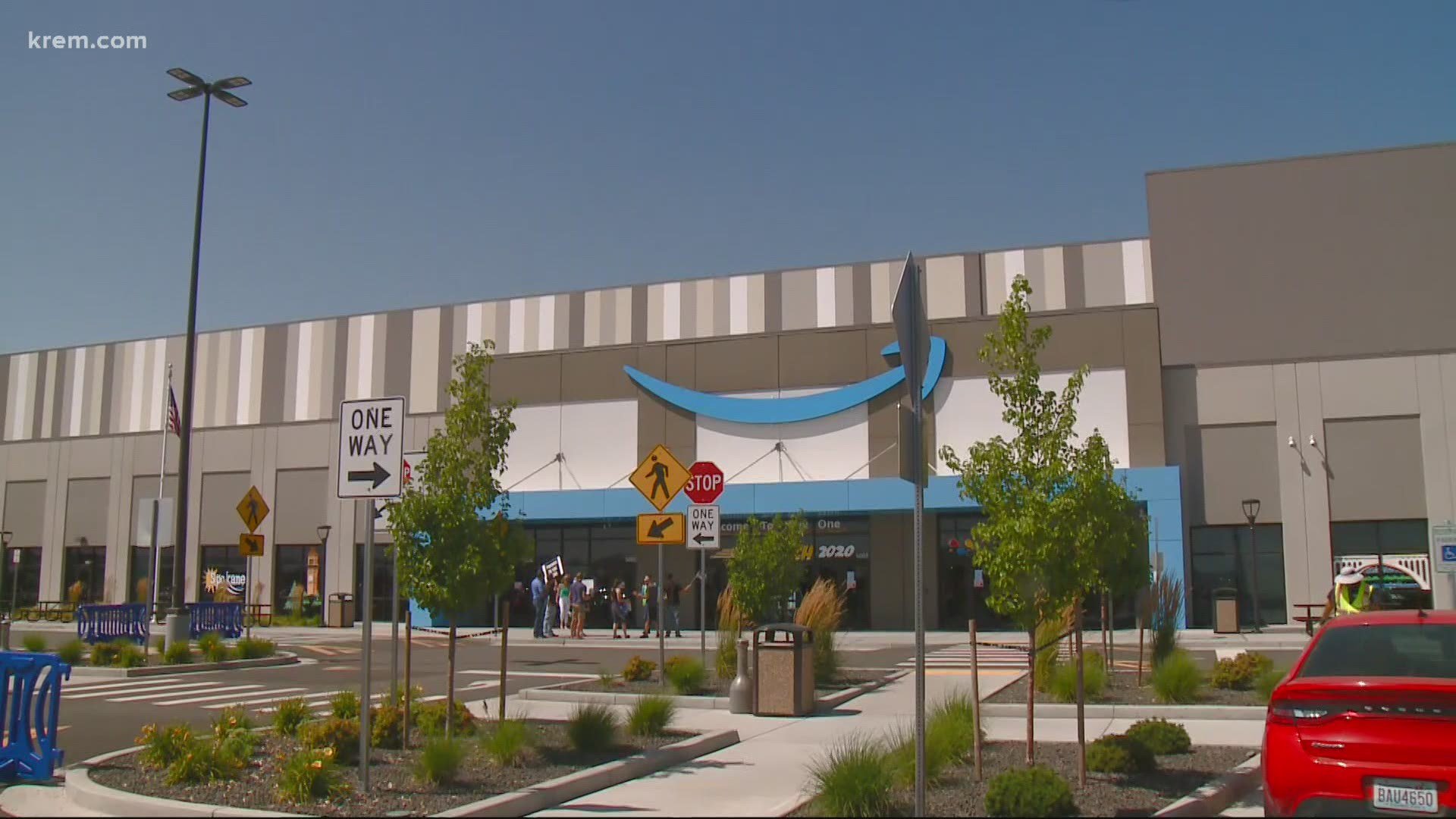 SPOKANE, Wash. — Amazon continues expanding its footprint in Spokane County. It now plans to lease a facility at the Spokane International Airport.

Spokesperson Karen Riley Sawyer could only confirm Amazon.com is looking forward to starting Amazon Air operations there. According to its website, Amazon Air is Amazon's dedicated network for delivering packages across longer distances. It has operations at over 35 airports in the U.S.

The facility will be used to transfer parcels from the airport to and from the Amazon Fulfillment Center in West Plains, according to S3SR Solutions Executive Director Todd Coleman.

S3SR Solutions, formerly known as the West Plains Public Development Authority, is partnering with the airport on the development. PDA records say the 30,750-square-foot facility will comprise of both warehouse and office space.

Wheatland Bank is financing the project with a $5,256,000 lease revenue bond.

Coleman said S3SR Solutions plans to break ground on the air cargo facility in April. The facility is expected to be fully operational by November.

The airport is leasing the roughly 6-acre site to S3R3 Solutions, which will construct the building and sublease it to Amazon Air.

Coleman said the Spokane International Airport board approved the lease at a meeting on March 19. The resolution approving it says Amazon agreed to a 10-year lease with the option to extend it for 24 additional years.

In North Spokane, though, Amazon is moving on from its plans for a delivery station at the former Lowe's on North Division.

In a statement from Amazon, the company decided not to pursue the location due to operational constraints. But Amazon plans to continue exploring other opportunities to invest and grow across the region and state.

"Amazon is a dynamic business and we are constantly exploring new locations. We weigh a variety of factors when deciding where to develop future sites to best serve customers. It’s common for us to explore multiple locations simultaneously and make adjustments based on needs across the network. We have decided not to pursue this location due to operational constraints, although we continue to explore opportunities to invest and grow across the region and Washington state. We appreciate the time and attention committed to this potential project by the City of Spokane and we look forward to our continued work together."

The shipping company confirmed its involvement with the 1.5-million-square-foot facility in February.

It is expected to cost $150.7 million to build and open later this year. Amazon said the facility will create 1,000 full time jobs.