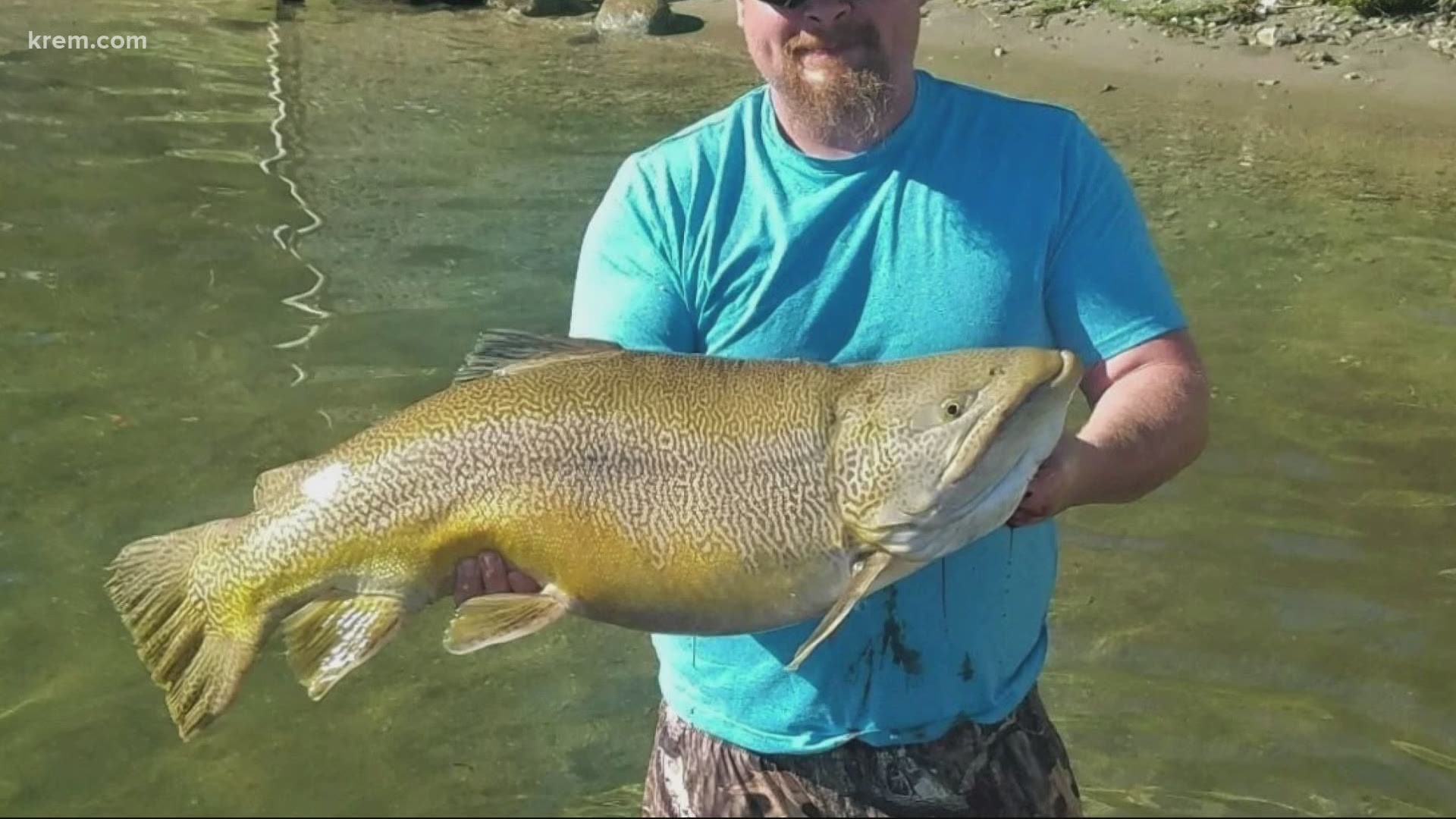 SPOKANE, Wash — A fish pulled from Loon Lake in late June shattered a Washington state record, according to the Washington Department of Fish and Wildlife.

Angler Caylun Peterson caught the 24.49-pound tiger trout on June 26 while fishing in the early in the morning to escape the triple-digit heat of the day, WDFW said in a press release. Peterson said he’s been fishing in Loon Lake since he was a kid.

WDFW said it stocks a variety of fish in Loon Lake, including about 85,000 kokanee in late spring, several hundred jumbo rainbow trout in March/April and 10,000 tiger trout in the fall.

Peterson said he was targeting tiger trout the day he caught the fish. He was spin fishing and using a nightcrawler as bait.

“They fight really good, they eat excellent, they’re just a blast to catch,” Peterson said in a press release. “I hooked into that thing and he pulled drag for quite a while before it stopped.”

When he reeled in the fish, he said he could tell it was big and he wasn’t sure if he would keep it until he found it was unable to swim away on its own.

“Honestly, I was ecstatic, but tried to let it go because I was thinking in my head that if this thing is this big now, in a year it might be a record,” Peterson said in a release. “Well, it turned out it was a record anyway.”

WDFW said Peterson’s mother and a neighbor informed him that the state record for tiger trout was 18 pounds.

The previous record for tiger trout was an 18.49-pound fish caught by angler Kelly Flaherty from Bonaparte Lake in Okanogan County on May 6, 2015, according to WDFW.

Peterson is having his fish taxidermied and plans to keep fishing on Loon Lake.

Sign up for the KREM 2 News 2 Know e-mail newsletter, and never miss top stories for Spokane and North Idaho: