Early Saturday morning, the bear had climbed down from the tree and was captured by a trap set out by the Washington Department of Fish and Wildlife. 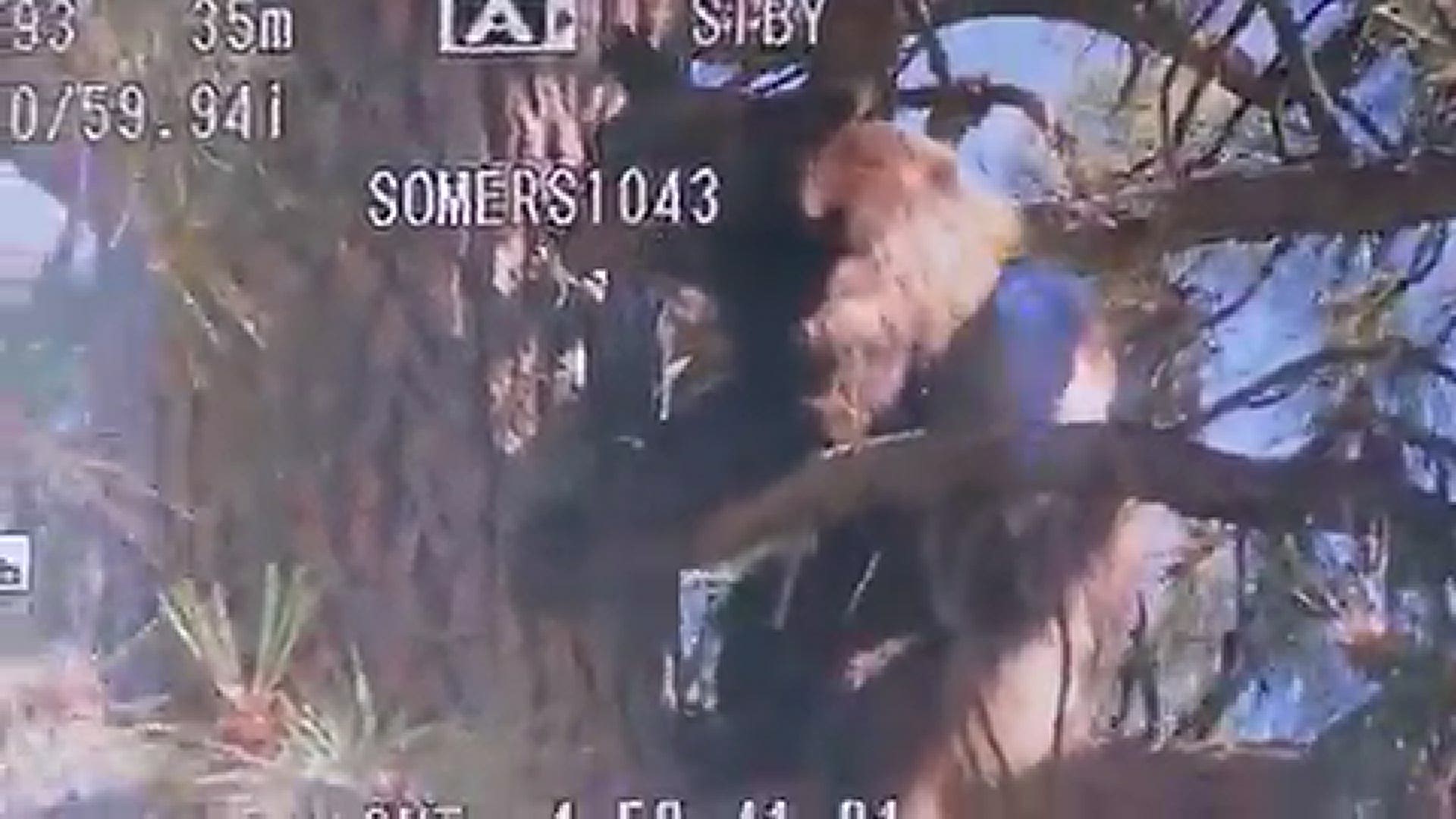 SPOKANE, Wash. — A young black bear spotted in a tree on Spokane's South Hill on Friday was captured and release several days later, according to the Washington Department of Fish and Wildlife (WDFW).

Early Saturday morning, the bear had climbed down from the tree and was captured by a trap set out by WDFW. The department then released the bear in northeast Spokane County, Staci Lehman with WDFW confirmed to KREM 2.

On Friday, the bear was roughly 60-80 feet up in the tree located near 30th Avenue and Arthur Street. WDFW was not worried that the bear was a safety issue at this time, Lehman said.

Lehman had explained that the bear had not come down from the tree for several days due to the heat. Additionally, the department did not think that they could safely dart the bear at the distance he was at but were closely monitoring the situation. They also mentioned that darting him in the heat would be bad for his health as well.

Lehman said they were not worried that a mother bear is around and said that cubs tend to go out on their own at this point.

Lehman also said that people should alert WDFW and stay away if the bear does come down from the tree. She believes that the bear only needs to travel about an additional mile before hitting a better habitat.