The competitors are tested for their strength, endurance, life skills and mental toughness in challenges that take place at real-world job sites. 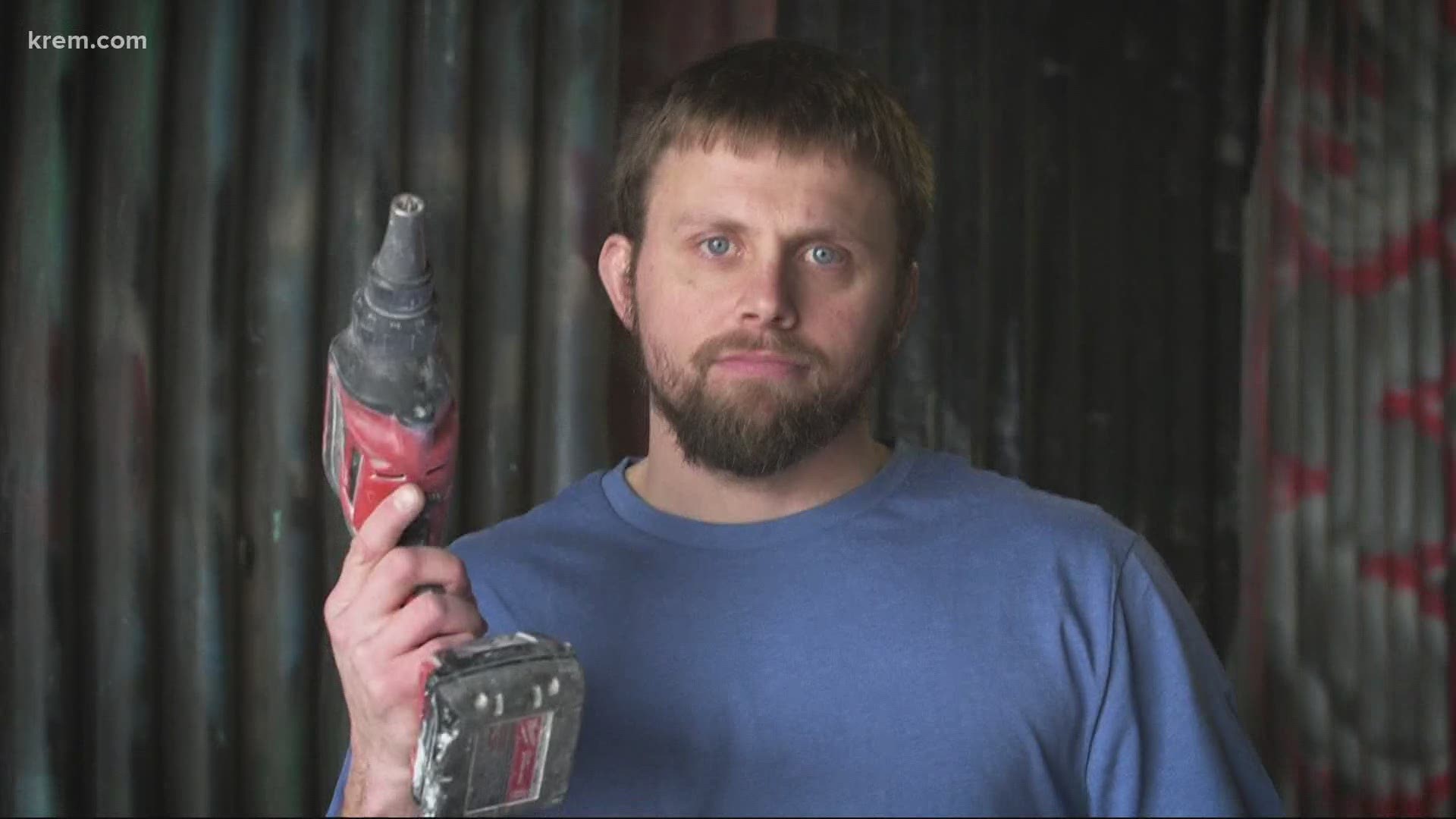 The show celebrates everyday Americans who get their hands dirty while working long, hard hours to keep the country running. The cast includes a welder, firefighter, farmer, roofer and a Marine Corps veteran, among others.

“I could be bloody and I could be hurt, but I won’t quit. I can’t quit,” said Danny Moody, a 33-year-old Spokane native.

When asked why he thought he was chosen to be a contestant, Moody mentioned his family, work ethic, and competitive edge.

“I am a family man, I have four kids, and I married my high school sweetheart. I think what really got the producers was I am a third-generation drywaller and there is 250 years of experience on my grandpa’s side,” he said.

The competitors, who get their workout on the job rather than the gym and consider the calluses on their hands a badge of honor, will be tested for their strength, endurance, life skills and mental toughness in challenges that take place at real-world job sites.

“We did real-life jobs whether it was farming, at a junkyard, or a gravel pit. We just did real life for a lot of people," Moody said.

The competition was filmed in Los Angeles earlier this year, where Danny fought among America’s finest. One competitor will be crowned the "Tough as Nails" champion, but nobody will go home. Even after they “punch out” of the individual competition, they will have the opportunity to win additional prizes in the team competitions that continue throughout the season.

“It takes a lot of effort, strength, and endurance but I just kept going,” said Moody as he described the competitions.

His ultimate motivation comes from his family.

“It’s the most important job I have ever had and they drive me to keep doing better," Moody said.

It wasn’t the physical labor that was the hardest part of the competition for him. Once filming began, contestants had no contact with the outside world.

“Four weeks and no communication with my family. I just kept praying everyone is safe and everyone is okay," Moody said.

“I’ve watched reality TV shows like The Amazing Race and Survivor thinking I can do that and now they made a show that actually takes people like me and puts them in that situation. I was excited to be part of it," he added.

You can watch "Tough as Nails" every Wednesday at 8 p.m. on KREM 2.