The story behind Spokane mom Sandy Zimmerman's viral moment is even more impactful than the moment itself. 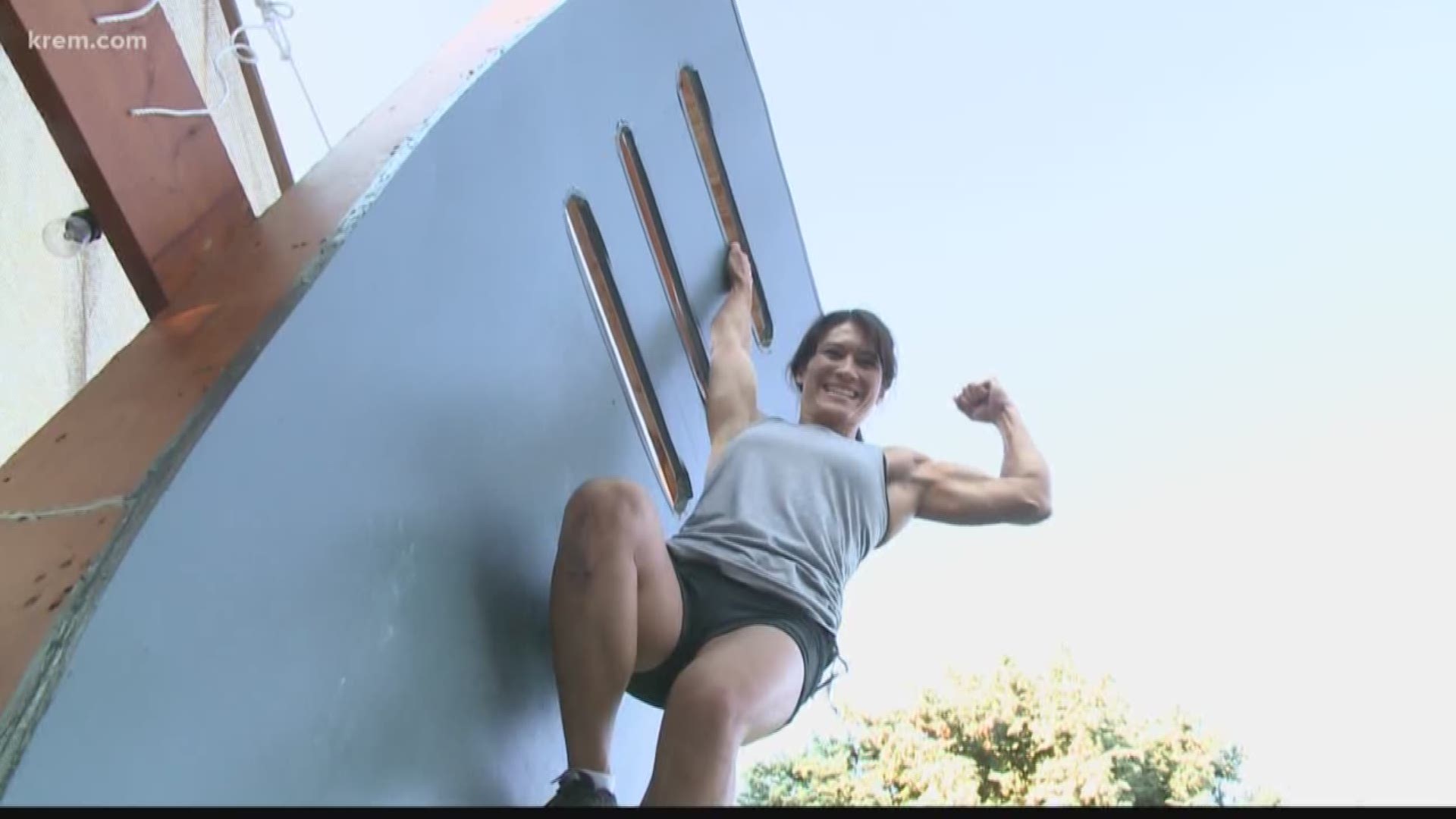 "We were just channel surfing and my son said, 'Hey what's that,' and I looked over and it was American Ninja Warrior. I watched it and I was like, 'That looks fun.' Then I thought, 'I think I can do that'," Zimmerman said.

Four years later, she made history. The 42-year-old Spokane mother of three became the first mother to ever hit a buzzer on the popular TV show.

Zimmerman competed in the Seattle/Tacoma City qualifiers episode, which aired on Monday night. During her run through the course, she tackled obstacles like the Barrel Roll, the Broken Bridge, the Lightning Bolts and the Warped Wall.

Zimmerman says her win proves that mothers can dream big dreams — and make them a reality.

"As a mother, you're constantly putting your own needs and wants on the back burner and just to get to go out there and still be able to dream a big dream cause we as moms can still dream big dreams," she said. "It doesn't mean that when you become a mom, you have to put your life on hold. We are dreaming a big dream and we can dream them with our kids, too."

People would probably never know that Zimmerman has dreamed a bigger dream than the world could possibly imagine.

"Growing up, I definitely did not have the two-and-a-half kids, white picket fence and a dog type of childhood. It was hard and it was tough," she said.

"I remember sitting in the welfare line with my mom, and we get our block of cheese and our box of powdered milk. I remember looking in the fridge and not having food, or having very little food, and going to school hungry. That those were our meals. I have endured every form of abuse," Zimmerman continued through tears.

She hopes she can use her platform as a competitor on "American Ninja Warrior" to spread a message of hope and inspiration.

"I will tell you about all the things I've done in my life, even hitting the buzzer this week —  that I've been able to make a good life for myself and my kids. I'm more proud of that than anything I've ever done on an 'American Ninja Warrior' course," she added.

As Sandy continues her American Ninja Warrior journey, she will continue to navigate her past.

But what has she learned already? The experience is worth much more than the $1 million dollar prize on the line.

"I will tell you, when I started this, I had no idea, but American Ninja Warrior absolutely changed my life. It gave me the courage and confidence to just be an open book," Zimmerman said. "I mean, there were things about my childhood that my husband of 20 years didn't even know. I finally just had the courage and the confidence to share that because honestly, before this, I thought people were going to run."

"Oh, you've been physically abused, you've been emotionally abused, you've been sexually abused. They're going to run for the hills. It has actually been the opposite. The more open I've been, the more people have been drawn in to learn from this. Just to have that weight off my shoulders and not have those secrets and say, 'World this is me. Like it or not. This is who I am,' has been so freeing," Zimmerman continued.

Zimmerman is headed to the city finals, which will air on Aug. 12. She cannot share any information about the experience but is excited for what's to come.

After the city finals round, the top 12 Ninjas advance to Vegas for the national finals.

Watch Zimmerman hit the buzzer below: