Sandy Zimmerman, a 42-year-old mother of three from Spokane, made history on Monday night as the first ever mother to hit a buzzer on "American Ninja Warrior." 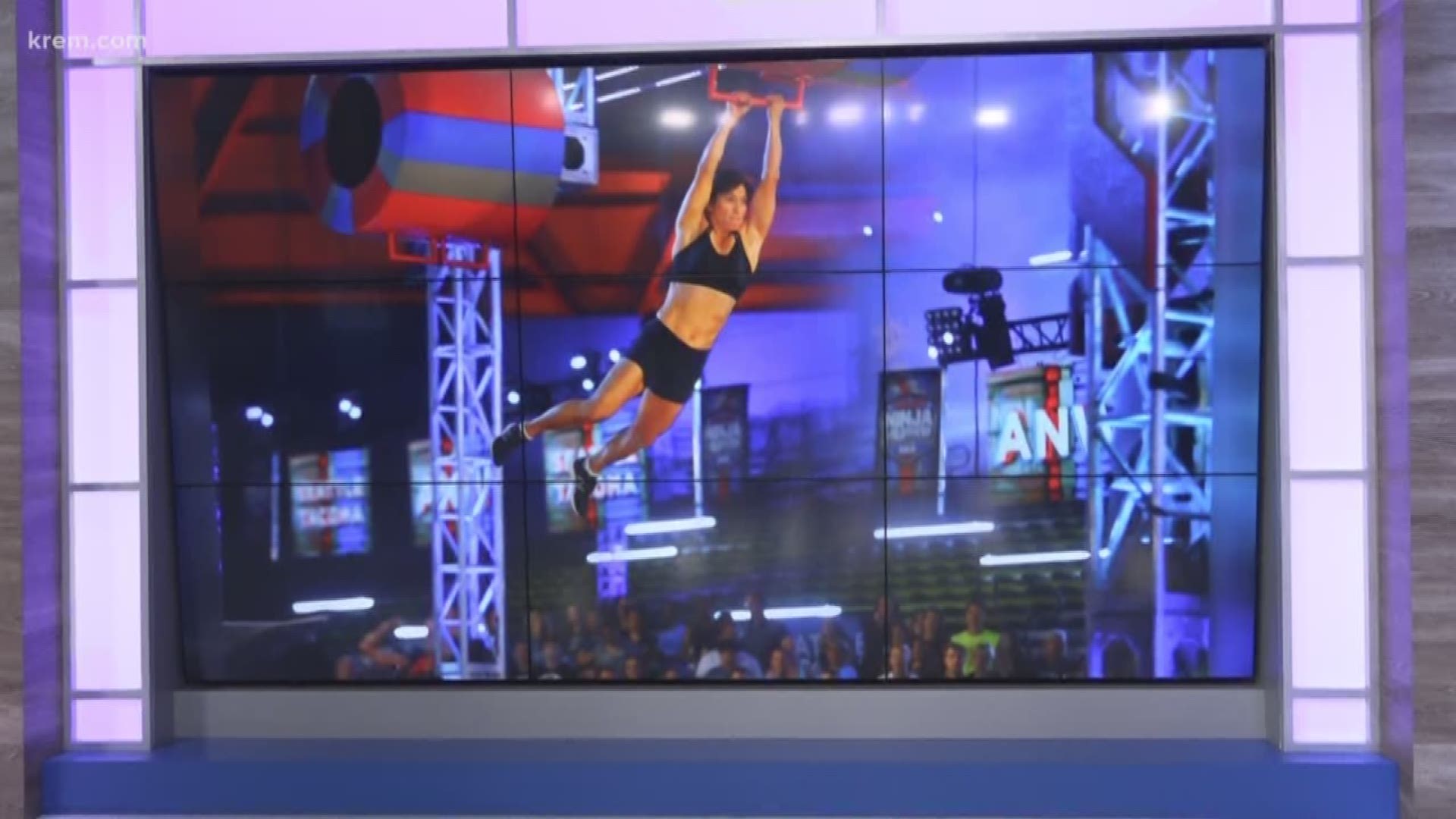 SPOKANE, Wash. — Sandy Zimmerman, a 42-year-old mother of three living in Spokane, made history on Monday night as the first mother to ever hit a buzzer on popular NBC TV show “American Ninja Warrior.”

The show follows competitors as they tackle challenging obstacle courses in city qualifying and final rounds across the country. Those who successfully complete the finals course in their region move on to the national finals in Las Vegas, where they face a course with up to 32 obstacles.

The competitor who completes all four stages takes home a grand prize of $1 million.

Zimmerman competed in the Seattle/Tacoma City qualifiers episode, which aired on Monday night. During her run through the course, she tackled obstacles like the Barrel Roll, the Broken Bridge, the Lightning Bolts and the Warped Wall.

The show’s hosts, Matt Iseman and Akbar Gbajabiamila, said Zimmerman also made history during the show’s eleventh season as the first woman to hit a buzzer so far.

According to Iseman and Gbajabiamila, Zimmerman competed on the show twice before but never made it past the second obstacle.

Zimmerman is no stranger to athletics, with a judo championship under her belt and a run on Gonzaga University’s women’s basketball team.

During Monday’s episode, Zimmerman’s husband and children watched as she dominated the course and ran to victory.

“The first mom!” Zimmerman screamed after hitting the buzzer and completing the course.

The hosts echoed her excitement, shouting, “The first mother ever to hit a buzzer!”

Watch Zimmerman complete the course below:

KREM Sports Director Brenna Greene caught up with Zimmerman on Monday. She told Greene that training for and competing in "American Ninja Warrior" has helped her grow as a person.

"This is an incredible opportunity and a platform to learn life lessons, and to learn from some of the things that I've been through," Zimmerman told Greene.

Zimmerman said she is sharing her victory with every mom.

"This is a we. We did this together. As a mother, you're constantly putting your own needs and wants on the back burner, and just to get to go out there and dream a big dream because we as moms can still dream big dreams," she said.

"Take a chance and get out there," she added.

Mobile users, tap here to watch the interview with Zimmerman

She says the competition was not only a physical battle but a mental one, too. Zimmerman constantly pushed away nagging thoughts that she was not good enough to compete.

"When I was standing there waiting to go up the stairs to start that run, that was my big goal was, 'I want to navigate those voices in my head.' ...Tonight I'm going to listen. I'm going to listen to the woman I have become, and the confident, strong person and the life that I've made for myself now," Zimmerman said.

But the challenges of "American Ninja Warrior" are not the only ones Zimmerman has overcome. When she was a child, Zimmerman often did not have enough food to eat, and suffered physical, emotional and sexual abuse.

Her story is one of hope and inspiration for others have experienced emotional or physical pain in their lives.

"I want people to see that you can go through really dark things and use that to make a difference, and that there is hope and, with great people around you and a support system, you can come and get through such difficult times and make a really good life for yourself," Zimmerman said.

"It [American Ninja Warrior] gave me the courage and confidence to be an open book," she added later.

American Ninja Warrior tweeted about the incredible performance on Monday, writing, “This mom isn’t holding anything back.”

The video of her win has received nearly 8,000 views in less than 24 hours on YouTube.

Now, Zimmerman advances to city finals, which will air on Aug. 12. After that round, the top 12 advance to Vegas for the national finals.