'Who doesn't want an igloo?': Rathdrum man builds igloo out of old snow

A man in Rathdrum made the most out of the leftover snow by building a life-sized igloo. Neighbors have stopped by to take photos with the structure. 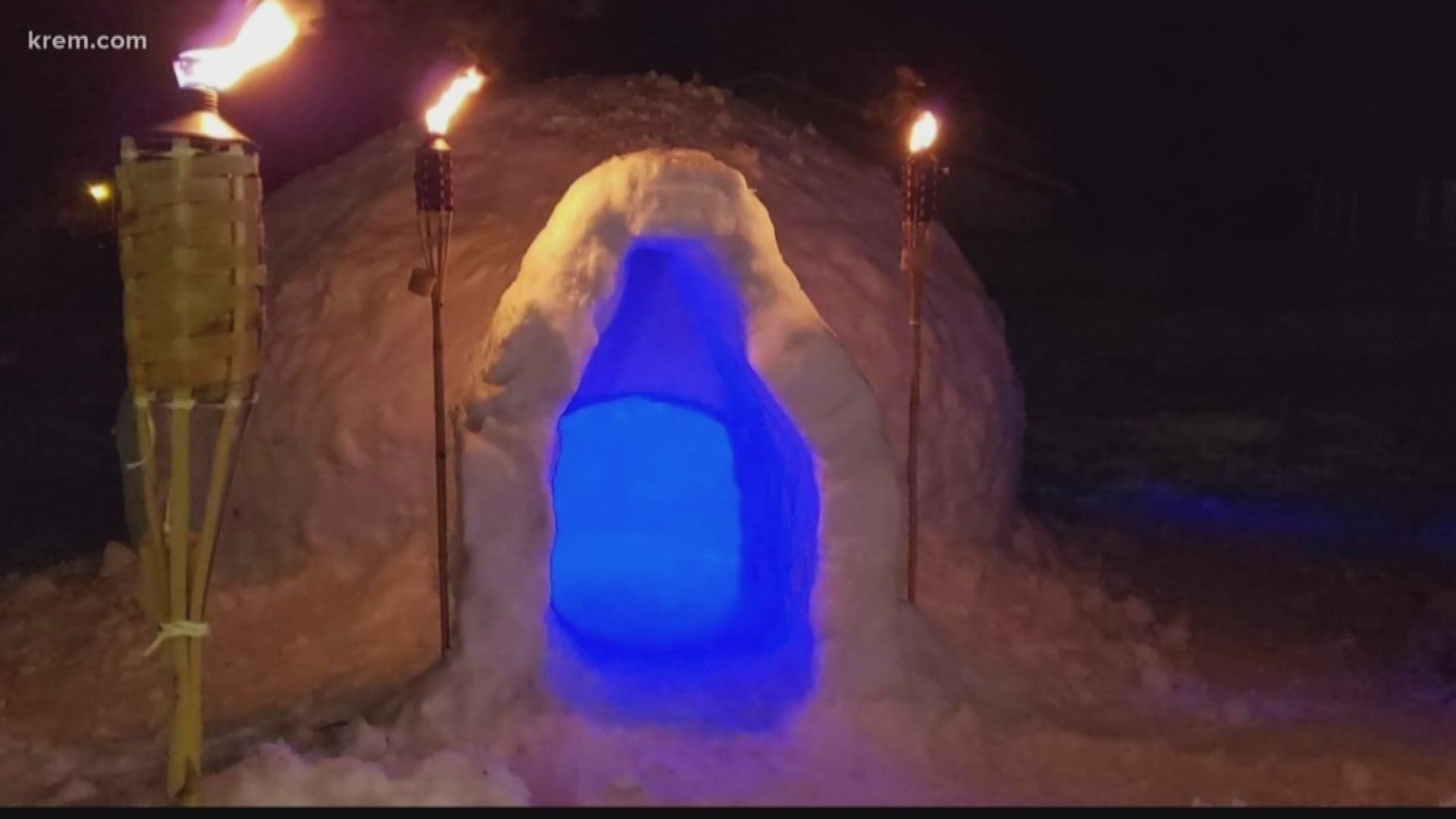 If you're trying to find Andrew Murphy's house, just look for a big globe of heavy snow.

Building a life-sized igloo was on the Rathdrum man's bucket list for years.

"Who doesn't want an igloo. We had winter layoffs, so I decided I'd build an igloo for my wife and son," Murphy said.

Murphy works for an electric and gas company. The cold weather and snow has marked the start of layoff season at the company, and Murphy was looking for something to do with his free time.

This gave him time to make the igloo by hand.

"I didn't want to cheat. We could have just taken the tractor, piled a bunch of snow and then dug it out," he said.

Murphy, along with his wife and son, spent about 20 hours filling a bucket with snow, stomping it down and packing it into the walls.

RELATED: Rain every day on the 7-day forecast

The inside of the igloo is about 10 feet wide and five-feet, five-inches tall. Even with temperatures recently climbing above freezing along with rain showers, the igloo has held up.

"It's definitely shrinking," he said.

He was going to make windows out of colored ice to create windows, but it was a little too warm outside to freeze the mixture.

Murphy showed KREM photos of a blue light illuminating the inside of the structure.

He also joked about leasing out the igloo to renters.

"One bed, no bath. Two week lease, it's not going to last that long," he said.

RELATED: Your adorable photos, videos of pets enjoying snow in the Inland Northwest

RELATED: Snow plow tips on its side, leaks fuel into Salmon Creek

The following video is a report on a Coeur d'Alene jeweler offering snow-based refunds.