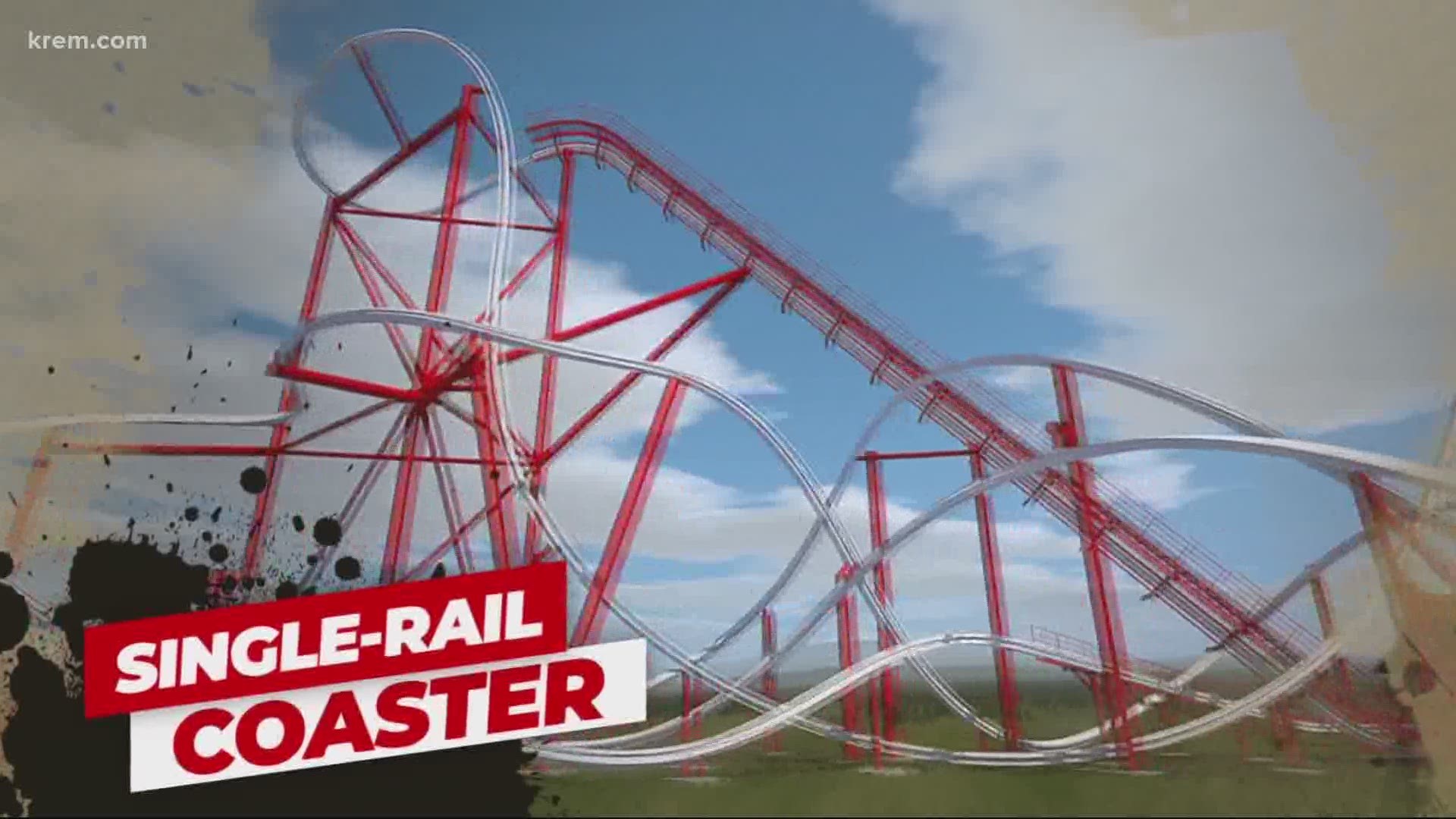 ATHOL, Idaho — It's peaceful at the top of a roller coaster.

The anxiety in the back of your mind quiets for a moment as you see the world from a rare perspective, then tilt your face to the sun, stretch out your arms and close your eyes.

Reality sets in when you open your eyes, look down and realize you're about to go into free fall and loop the loop a few times. It's like the silence before a thunder storm, or the moment in a scary movie before startling music jolts you, just at a high velocity.

That's always good for the ol' ticker, a nice reminder of how exciting life can be.

"It's really, really smooth and overall a great ride," Mr. Stunt Pilot himself, Charley "Ace" Charlebois, 11, said Thursday during a media day in the park.

"Most roller coasters go fast and then slow," he said. "This one just keeps on going straight and fast."

RELATED: A new rollercoaster will open at Silverwood in summer 2021

Charley, wearing his brown leather bomber jacket, rode in the front car of the single rail coaster, which gave him a bird's-eye view as the coaster plunged toward the earth. The young Silverwood celebrity has appeared in promotions for Stunt Pilot and will celebrate his 12th birthday next week.

"This is my first time ever acting, it's a first experience," he said with a big smile.

"It's really fun to see their faces right after it comes into the brake run, every single one of them, big smiles," Silverwood marketing director Jordan Carter said. "We're really excited to get this thing open for the public."

"You can actually see what's coming up," he said. "All the geometry is really good."

The red and white Stunt Pilot is the first new roller coaster to join Coaster Alley in more than 20 years. It honors the aviation history of Silverwood's early days, when daredevil pilots gave guests quite the overhead show.

Developed by Rocky Mountain Construction, this is the first single-rail coaster in the Northwest and only the third in the world.

A few other bonus features including sound effects and colorful ring lights are in the works to enhance the experience.

A ribbon cutting for Stunt Pilot will take place at 10:45 a.m. Saturday. Those who placed the highest bids at an auction to raise funds for Children's Village will be welcomed as some of the first to ride.

Between 10:30 and 11:30 that morning, Carter said a biplane pilot whose dad once flew over the theme park will perform a flyover and acrobatics as an homage to Silverwood's original stunt pilots.