What does North Idaho's rapid growth mean for Kootenai County?

Over the last decade, Kootenai County has added about 26,000 people. That makes for a growth factor of 19 percent. 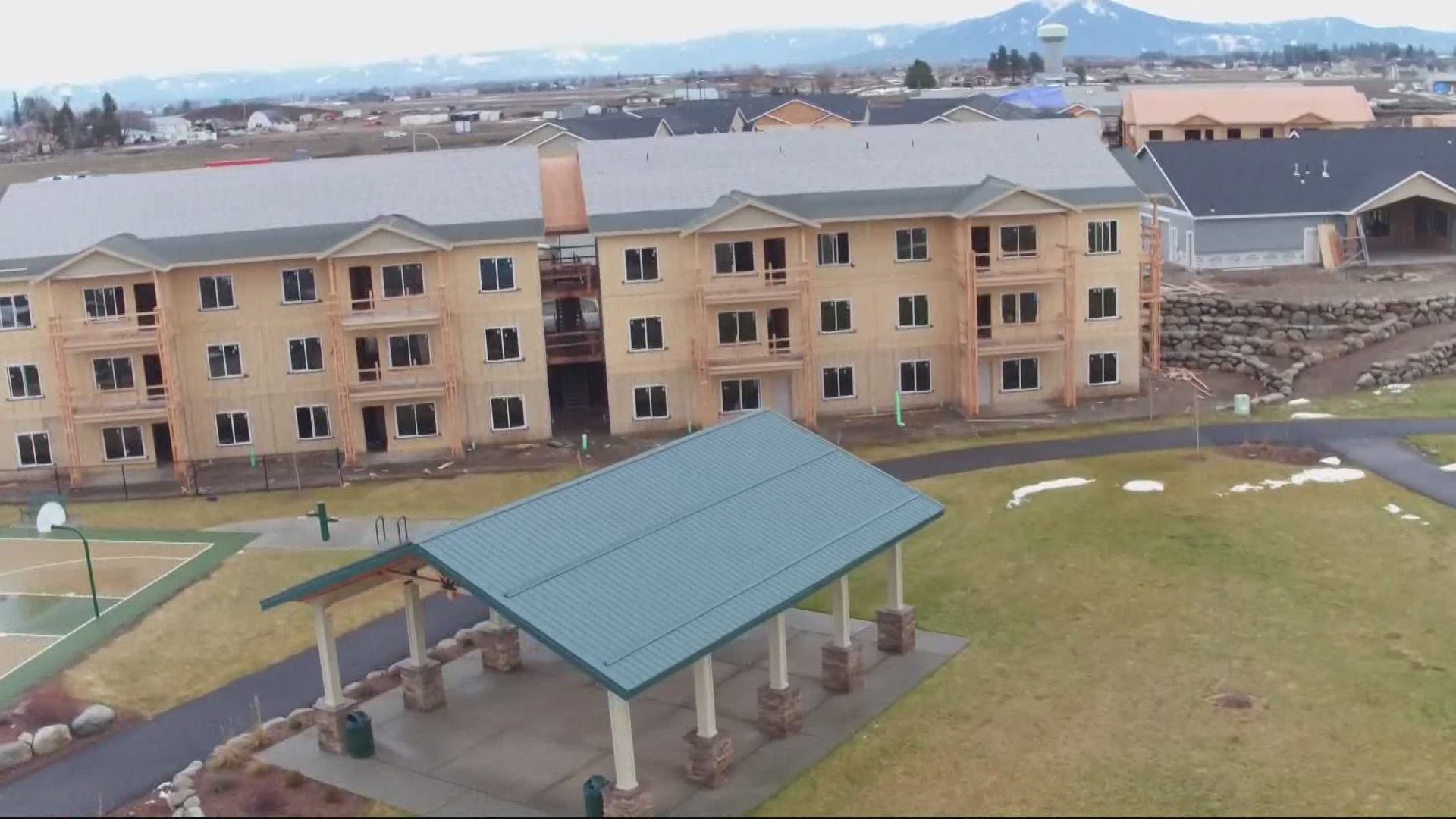 Despite having never set foot in the Gem State at the time, the Fresno native had an inkling that the area would be the perfect place to relocate with her husband and two children.

“We had never been in Idaho," said Casey from her home north of Post Falls, recalling her family's preparations to move. "I told my mom, ‘We’re going to Idaho this week and buying a house. Watch the kids.’”

Despite being born and raised in Fresno, Casey's love of her hometown began to fade as other quality of life factors began to creep up. “Everything. Taxes, smog, crime, a lack of water," she said of her family's desire to find somewhere new to live.

Casey then took to her computer and started conducting some research. She and her husband compiled a checklist of factors they sought in a new area, including a solid cost of living, decent weather and a lack of crime.

Sure enough, the Spokane-Coeur d'Alene area jumped to the top of Casey's list.

After initially looking at various homes stretching from Cheney to Athol, the family of four eventually split the difference and settled on a home with some acreage on the Rathdrum Prairie. Casey's husband found work as a banker and she was able to raise livestock on their property.

“I’m a low maintenance girl. I just need outbuildings,” Casey joked as she walked along her property, feeding hay to goats and horses and spreading feed for chickens.

The quality of North Idaho and the overall happiness of its residents became very apparent when the couple went out on a shopping trip following their move.

"It was specifically in Home Depot," she recalled. "I said to [my husband], 'This is so weird. Look, all these people are smiling! And they’re just random shoppers in there looking all happy.' I thought, ‘There’s a reason people are here.’”

The Caseys aren't the only ones who feel that way.

While it is no secret, North Idaho has become a hot place for people to move to and numbers for Kootenai County back that up.

Over the last decade, Kootenai County has added about 26,000 people according to Sam Wolkenhauer, a Northern Regional Economist with the Idaho Department of Labor. That makes for a growth factor of 19%, he said.

Additionally, the county's predicted growth rate is about four times the US average.

Like the Caseys, most newcomers to North Idaho are from out of state. Of the 26,000 people who moved to the county, just over 75% of them were individuals who migrated to the area. Births accounted for just 17% of the new population, according to Wolkenhauer.

People over the age of 65 are in good company moving to North Idaho, too. Labor statistics show that while the area's population grew by about 45% since 2001, the 65 and over demographic grew by a whopping 80%.

More people flocking to the area has resulted in more home construction, apartment buildings, and hustle and bustle. Increased traffic has also arrived, much to the chagrin of long-time residents.

“It’s quite stressful. It’s quite challenging," said Deborah Rose, who has lived in Kootenai County since 2001. Rose, who also serves as a planning commissioner for the county, has a home not far from Silverwood Theme Park.

Rose moved to North Idaho from Olympia in order to be closer to a dear friend. Like others, she was drawn to the area for for its "small-town feel" and the ease of finding a home with room to board her horses.

Over time, though, that changed.

"I could drive 20 minutes to get from home to down to the hospital. It takes me 40 minutes now to get there," she said, adding that scheduling appointments with her doctor at Kootenai Health now takes longer than before.

At one point, Rose says that 26 new homes were constructed within a one-mile radius of her house over an 18-month period.

“I didn’t feel like I was in a rural area anymore. It just exploded," she said. "I was surprised. I didn’t expect that kind of growth that fast."

Penelope Morris, a friend of Rose, moved to Coeur d'Alene from California four years ago and shares similar concerns.

“I was alarmed," Morris said.

She's concerned about a local housing crunch, rapid development, and overcrowding in schools.

First responders have previously stated the impact of the region's growth to their ability to perform their duties as well.

The Northern Lakes Fire Protection District, were serves Hayden, Rathdrum, and areas in between, told KREM in 2018 that the district's population had jumped nearly 30% over the last decade. That in turn resulted in increased calls for service.

"I see our crews out running. And they're running calls constantly throughout the day," said Northern Lakes fire chief Pat Riley at the time.

When Rose was asked what advice she would offer to anyone considering relocating to North Idaho today, she offered a blunt message.

"I’d say no. I would just flat out say ‘No. Look someplace else,'" Rose said. "When you first come here for a visit, initially, it is a beautiful place. But the realities are different.”

Back on Casey's small farm, the relatively new North Idahoan made it clear she wasn't naïve about the area's situation.

“The growth just doesn’t stop," she said, noting that she'll often see construction taking place in the distance while standing on the porch of her home.

But the former Californian noted that there are many others who were once in her shoes, looking for a place to live that's not only affordable but also beautiful and friendly.

“Some parts of me make me feel like, ‘Oh I should have closed the gate behind me because they just keep coming,'" she said. "But you can’t blame anybody if you’re able to get out. And if you drag your feet, you’re not going to be able to afford to get out.”

However, with an estimated 40,000 more people expected to move the area by the end of the decade, a more appropriate question may be: Can you afford to stay?

RELATED: People moved to Washington and Idaho most from these states in 2018