'I just thought it was marvelous': Spokane retirement community enjoys slip and slide for a good cause

The event is part of the community's week-long effort to raise awareness for Alzheimer's disease. 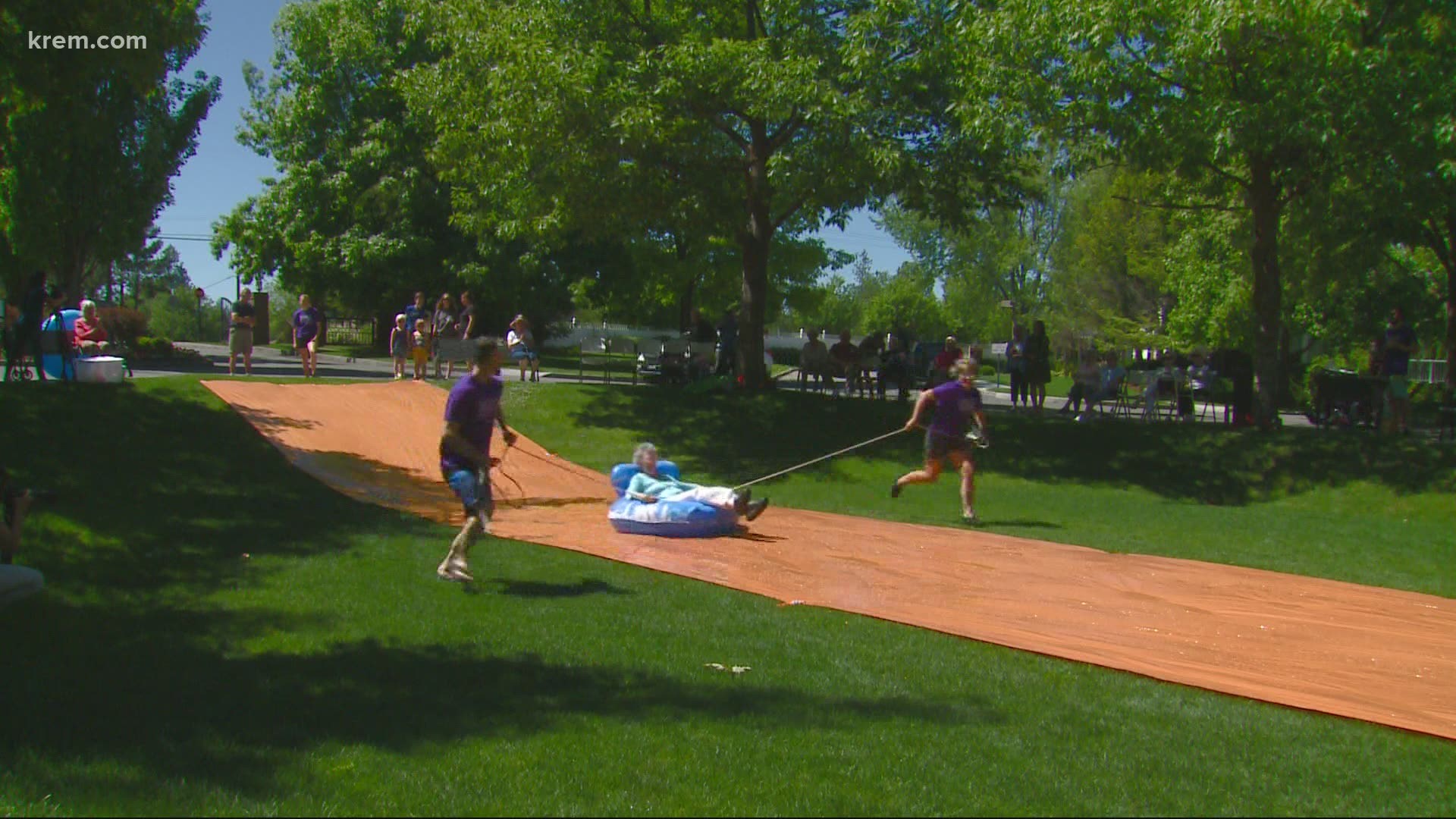 SPOKANE, Wash — Residents at Touchmark retirement community took advantage of the warm weather Thursday with a slip and slide all a good cause. The event is part of the community's week-long effort to raise awareness for Alzheimer's disease.

Throughout the week, Touchmark focused each day on an activity that highlights wellness.

The slip and slide is an activity that promotes a healthy brain.

About a dozen residents, ages 55, 60, even 87 took turns being kids again. Some family members joined as well.

“I just thought it was marvelous,” Joyce Cutler, Touchmark resident said. “I just had a great time with it. And they thought it through so it’s really safe.”

For some, this was their first time going down a slip and slide. Many of the residents said say it made them feel like a kid again.

By late that afternoon, Touchmark raised about $300 to put an end to Alzheimer's disease.