Even though Hoopfest canceled its annual event, the organization is still providing Spokane with new court murals. 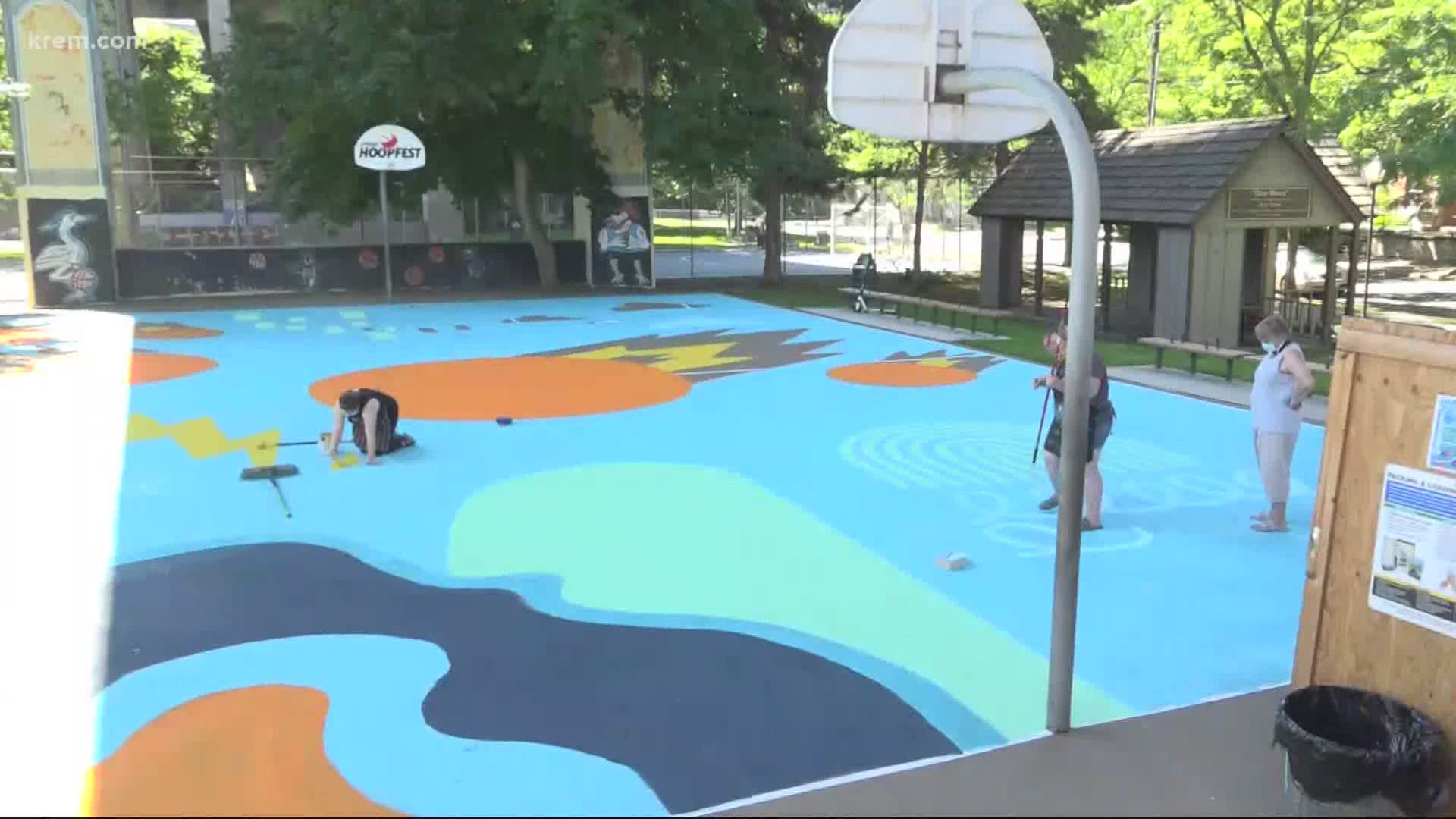 SPOKANE, Wash. — Gallons of paint and hours of man power went into painting the mural on the Peaceful Valley basketball court. The project is under the direction of local artist Tiffany Paterson.

She designed the mural that Peaceful Valley, Hoopfest, Spokane Arts and MultiCare collectively chose to be on the court.

It is the first of three murals that has been chosen for courts in Spokane. Patterson said she was ecstatic when the committee chose her design as one of the murals.

"I submitted three designs, because I really wanted to get a mural. And you could submit three," she said.

The design chosen for Peaceful Valley is full of color and patterns inspired by both the Spokane River and the game of basketball.

"I wanted it to feel like the energy of basketball, but I also wanted something that children could come to the mural and initiate play," Patterson said.

She said her niece visited the partially finished mural while they were painting, and the way the young girl started playing and interacting with the shapes and colors was exactly what Patterson had hoped for.

The court mural will be the biggest project Patterson has ever completed. She said it's been a learning curve, but a great experience for both her and the intern she took under her direction.

"I just want to see it done. It's going to be magical," Patterson said.