Santangelo announced on Tuesday night that he'll be stepping down as the event's executive director. 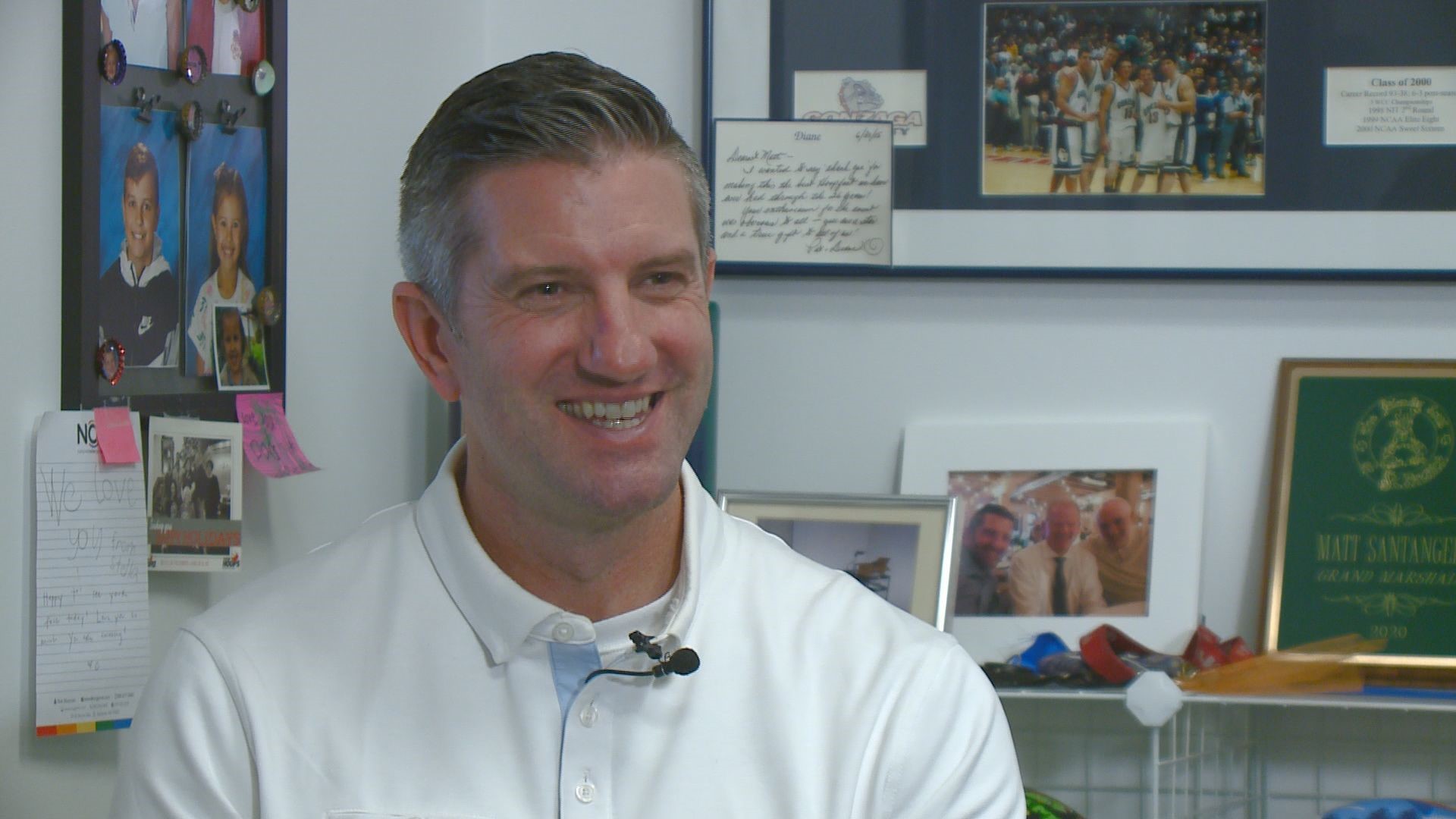 SPOKANE, Wash. — The name Matt Santangelo will always be attached to basketball in Spokane. It's been that way since 1999, when he helped lead Gonzaga on a Cinderella run to the Elite Eight.

Since 2014 though, he’s doubled down on that legacy, guiding Spokane's most prominent basketball event, Hoopfest. On Tuesday night Santangelo announced that he would be stepping down as Hoopfest's Executive Director.

"I think the overall sentiment is just gratitude. Gratitude for the opportunity to have played a role like this in the community," said Santangelo in an interview with KREM on Wednesday. "I’ve been in many locker rooms in my lifetime, I’ve been on a lot of successful teams, few work as hard as this one, if any of them."

Santangelo says there are no nefarious reasons why he is stepping down and not to worry about the future of Hoopfest.

"It’s coming back next year. That’s a big thing. June of 2022. We’re going back into June. It’s where Hoopfest belongs and we’ve got to make it special," said Santangelo.

Santangelo is just ready for a new game to conquer as he’ll be transitioning to a job at Baxter International in medical device sales.

"At this point, looking around as to what my next personal step is and professional step, where is the opportunity? What do I want to learn? Where is the challenge? Certainly, this job, especially the last 18 months, had plenty of challenges. Really, it’s about taking that next step for personal growth. Unfortunately, or fortunately, that meant taking a step away from Hoopfest," said Santangelo when asked his reason for leaving his job.

His legacy with the event will include getting ESPN to do SportsCenter from Hoopfest in 2015, having Kevin Durant attend in 2017, and establishing the Hooptown USA brand—a brand all about what Spokane has accomplished as a basketball city.

"When I first got started, Hoopfest was already the greatest three-on-three event in the world. In 2014, it was the largest of it’s kind hands down. It was already a world class event. When I transitioned into leadership, you could look at it one of two ways. One is don’t mess it up. Like, it only has one direction to go and that’s down, right? That could’ve been one perspective. The perspective I took was, 'They’re giving me the keys to the Ferrari. Let’s go see what it can do,'" recalled the former Gonzaga point guard.

Now, he’ll get to see what it can do from a different vantage point as he plans to be a court monitor at future Hoopfests.

He'll still be around for the event to lean on as well for advice, and he has a great analogy for how he envisions that roll.

"It’ll be like going from a parent to a grandparent. I can come in and give everyone sugar and then I can bounce, as opposed to having to manage it all as the first parent. Maybe that part will be a little bit nice as to where it goes going forward," said Santangelo.