'I will be forever grateful': Spokane Hoopfest Director Matt Santangelo steps down

Santangelo was the executive director of Hoopfest, the world's largest three-on-three basketball tournament, for over seven years. 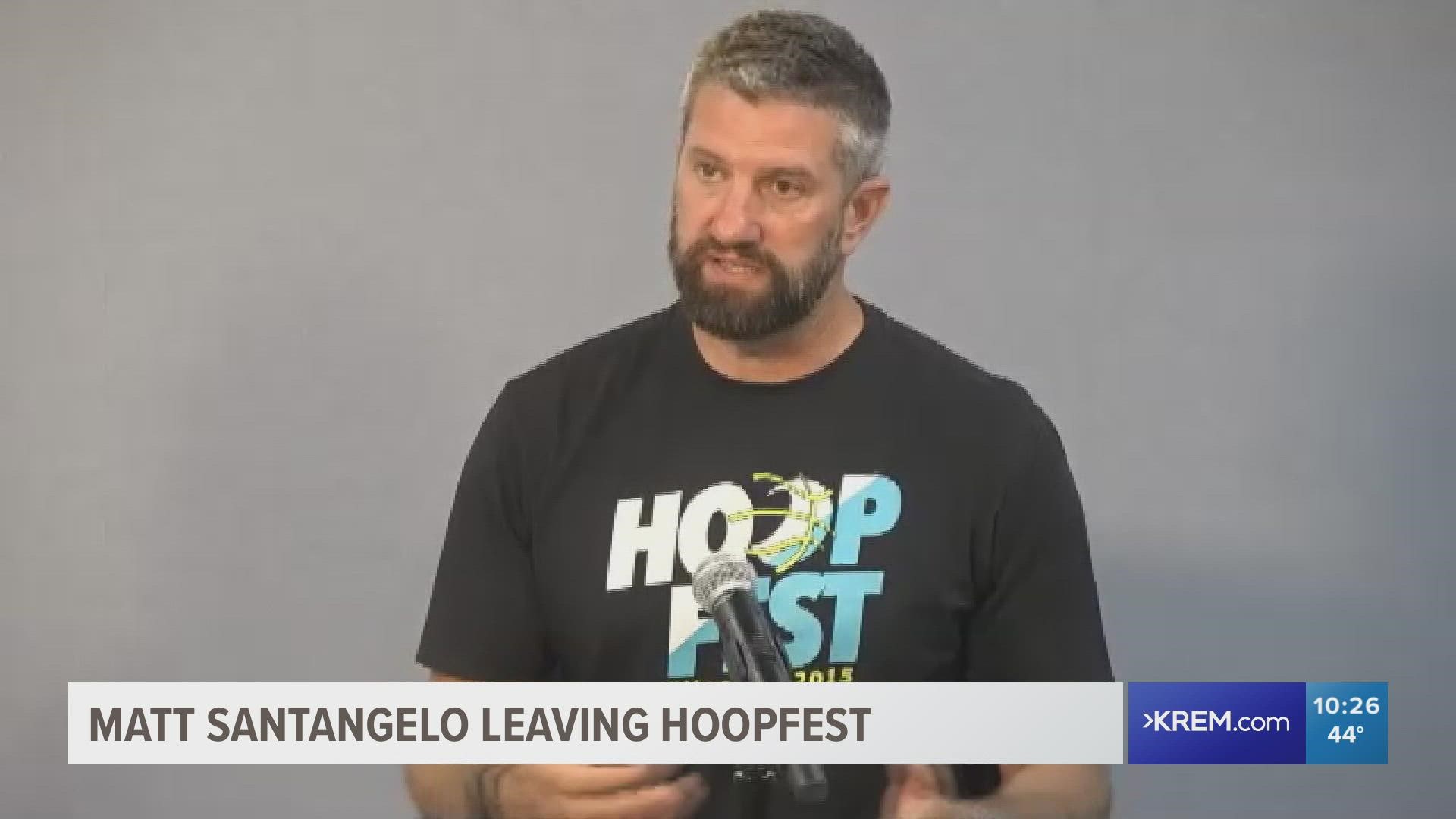 SPOKANE, Wash. — Spokane Hoopfest Association Executive Director Matt Santangelo announced on Tuesday that he will be leaving Hoopfest to pursue other opportunities.

Santangelo worked to bring SportsCenter to Hoopfest in 2014, Kevin Durant to the tournament in 2017 and worked to launch the association's “Hooptown USA” initiative, a community brand designed to acknowledge and celebrate what Spokane has accomplished as a basketball community.

Hoopfest co-founder and current board member Rick Betts wrote in a press release that they were privileged to have Santangelo as the director for seven and a half years.

“He has done an outstanding job carrying on the tradition of Hoopfest and expanding our programs. We wish Matt the best as he moves on with his career but are happy we will continue to work with him and his family as volunteers. While his departure date is not yet finalized, we expect that he will remain with us to help transition the new executive director,” Betts wrote.

Here is Santangelo's statement on his next steps:

“I will be forever grateful for having the opportunity to represent Spokane Hoopfest Association as the Executive Director. The magic of Hoopfest is in the people – athletes, volunteers, and sponsors – that give so much to keeping this tradition strong and vibrant. Hoopfest will be back on the streets in 2022! Hooptown is also thriving and will continue to grow long into the future. With your continued enthusiasm and support, there are endless possibilities. I am proud of all that has been accomplished during my time, and I am excited to see the future of this great organization.”

Spokane Hoopfest Association has started the process of hiring a new executive director and will continue to build the quality of the event and Spokane AAU programs.

Hoopfest is the world's largest three-on-three basketball tournament. It was canceled in 2020 and then again in 2021 due to COVID-19.

The event typically brings in around 24,000 players from across the United States and globe every year. Forty-five city blocks of Spokane are shut down during the tournament to create 422 courts.