KREM 2’s Laura Papetti is the brains of the operation and though we’ve always met our goal, she and the rest of the Tom’s Turkey Drive crew was concerned. 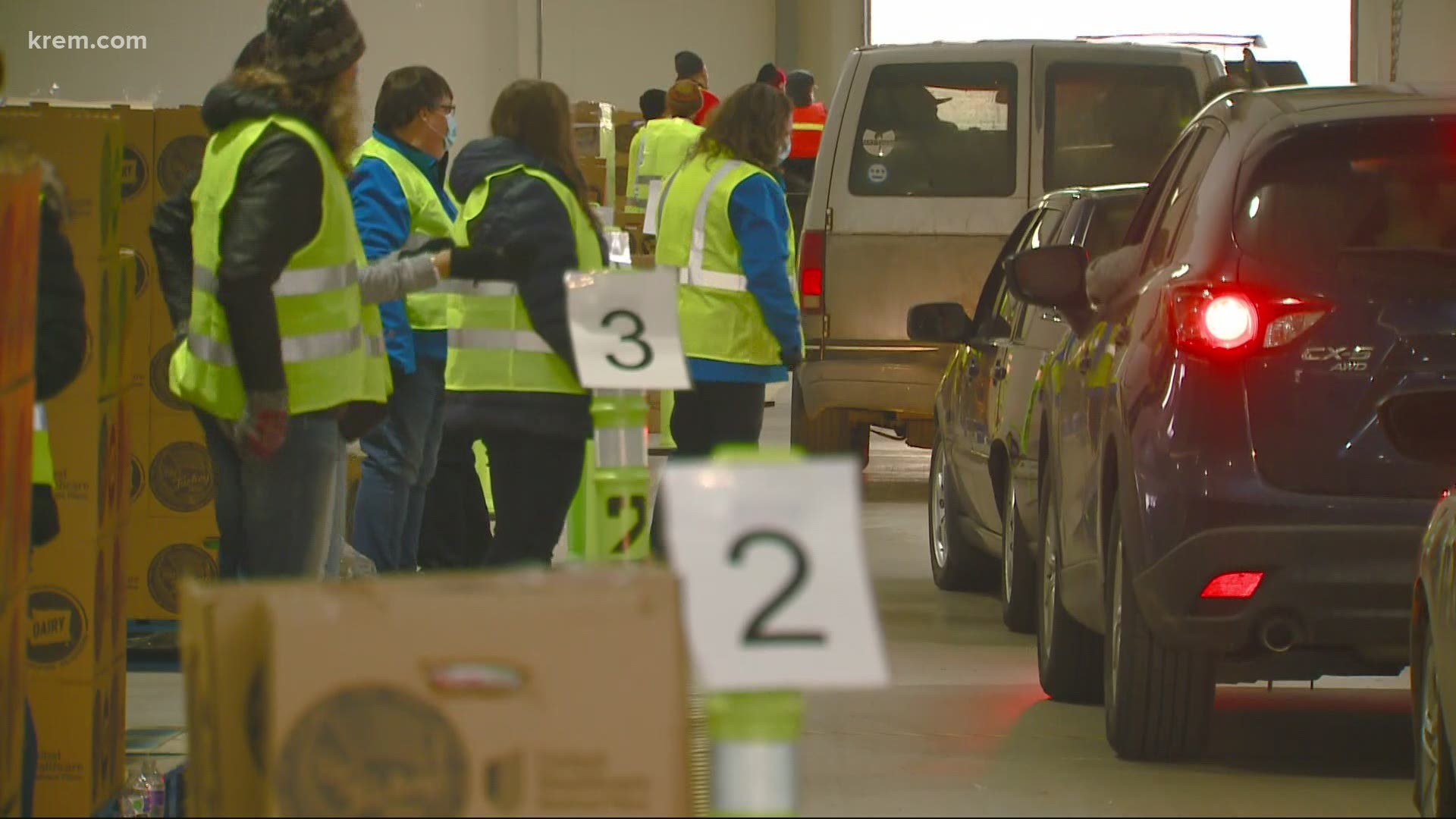 SPOKANE, Wash — Since 1999, Tom’s Turkey Drive has helped feed families in need on Thanksgiving but 2020 was looking like the hardest year yet.

Tom’s Turkey Drive has been through a lot, from a financial crisis to a windstorm, but the coronavirus pandemic was a first.

KREM 2’s Laura Papetti was the 'Chief Turkey Correspondent.' Though KREM has always met its goal of delivering thousands of meals, Papetti and the rest of the Tom’s Turkey Drive crew were concerned.

“We didn’t know what to expect this year,” she said.

Papetti said the turkeys for the drive are ordered by Rosauers in January or February on good faith that KREM will be able to pay them back. Also, the pandemic made the need for food even greater.

Each $20 donation helps feed one family, which means Tom’s Turkey Drive had to raise $220,000. Whatever money that is left over goes directly to Second Harvest.

Despite the concern, the community came through to meet the goal of feeding 11,000 families in the Inland Northwest.

Papetti said the employees at Rosauers and Starbucks are responsible for getting the word out about the need for donations. During a normal year, Rosauers would have the bags of food out so people could pick them up to purchase them. This year they couldn’t do that because of coronavirus.

“We are so pleasantly surprised by this. 2020 has not handed out a lot of positive and this was a spectacular positive note,” Papetti said.

The next obstacle Tom’s Turkey Drive had to overcome: social distancing.

Anyone who's seen the distribution of the meals, known as Tom's Turkey Tuesday, knows that it’s usually filled with Tom Sherry hugs, people standing in line and it’s usually held at the Spokane Arena. KREM couldn’t do that this year.

Instead, Tom’s Turkey Tuesday was a drive-thru at the Spokane County Fairgrounds, with additional meals shipped to outlying areas and handed out to walkers and transit riders at Second Harvest.

The plan was put together by a lieutenant in the Washington National Guard with the help if Second Harvest. The planning started back in September. One hundred National Guard members were at Tom's Turkey Tuesday to help distribute the meals.

The event was a huge success. Meals were handed out starting at 5 a.m. and meals were gone by 2:40 p.m. Second Harvest was able to bring down another 760 turkeys for people who were still waiting in line.

‼️Update: Tom’s Turkey Drive meals have all been handed out! Thank you to all the volunteers and donors who made this all possible! We hope you all have an amazing Thanksgiving with your families! #tomsturkeydrive pic.twitter.com/wpoyWWKaFg

Papetti said the new way of giving out meals was a “game-changer.” She said there were some problems with traffic control early in the morning on Havana Street. She hopes to find a solution to that next year if the turkey drive is held there again.

Papetti said Tom and the rest of the crew also missed engaging with people who were receiving the meals, but people were grateful they were warm and safe in their cars.

Since Tuesday, KREM has seen an outpouring of thanks from the community on social media and through email.

“I cried when I opened the beautiful box of food. Words are not sufficient for my gratefulness,” Linda wrote to KREM on Facebook after receiving her meal.

Tom’s Turkey Drive has also inspired others to help during the holiday.

“So many people willing to give this year. It's so nice to see,” Krista wrote on Facebook. “We did a small community dinner distribution and I have a friend who organized 250 meal deliveries with donations from her community.”

Thank you again to everyone that donated. KREM is able to do this because of the generous support of local individuals, families, businesses and agencies. Thank you ALL for helping feed the families of the Inland Northwest. 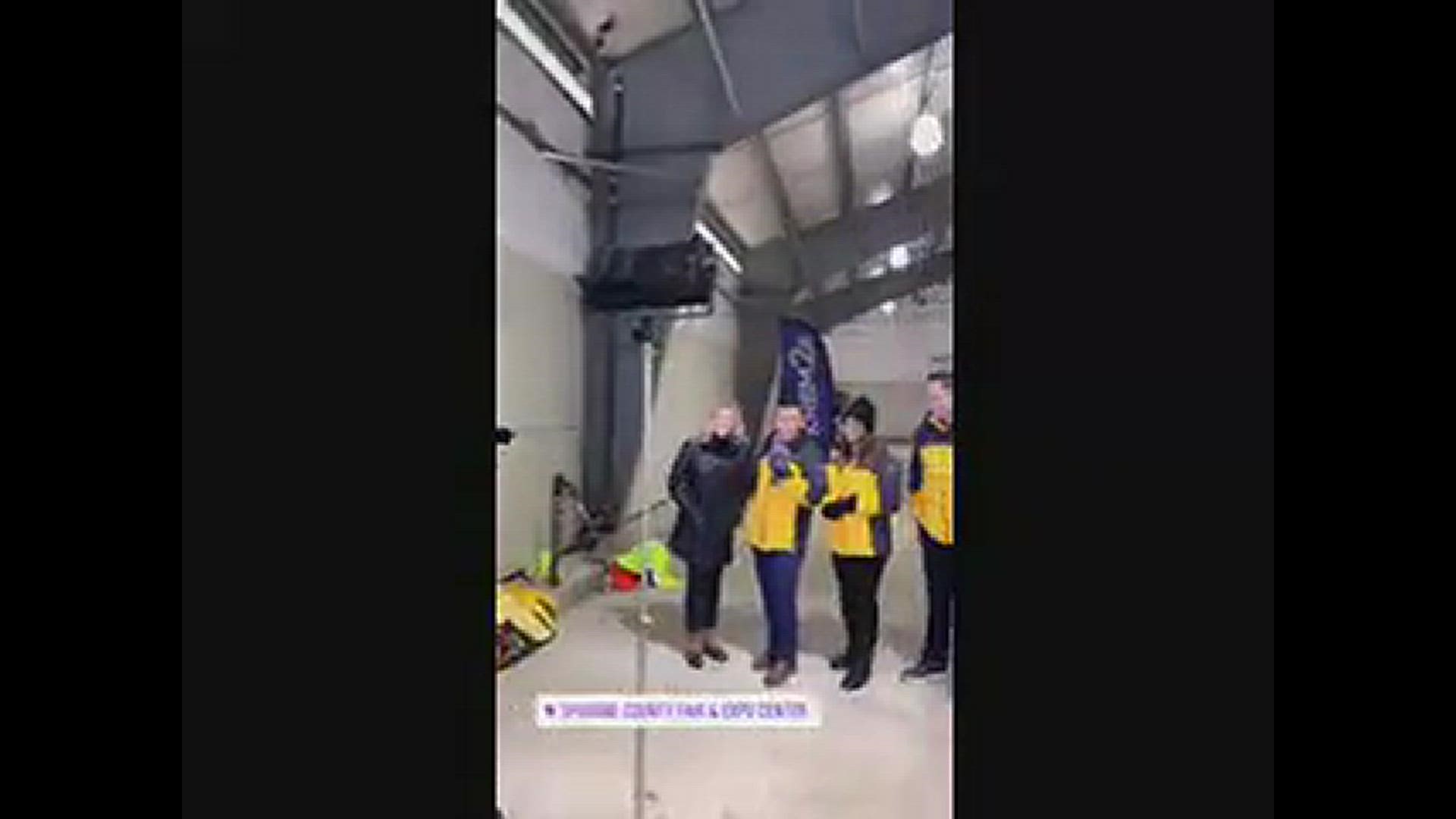