'Come get them now!': Strawberry season cut short due to PNW heat wave

Temperatures in the hundreds aren't suitable for strawberries, which is why Walters' Fruit Ranch is inviting the community to come get them while they are ripe. 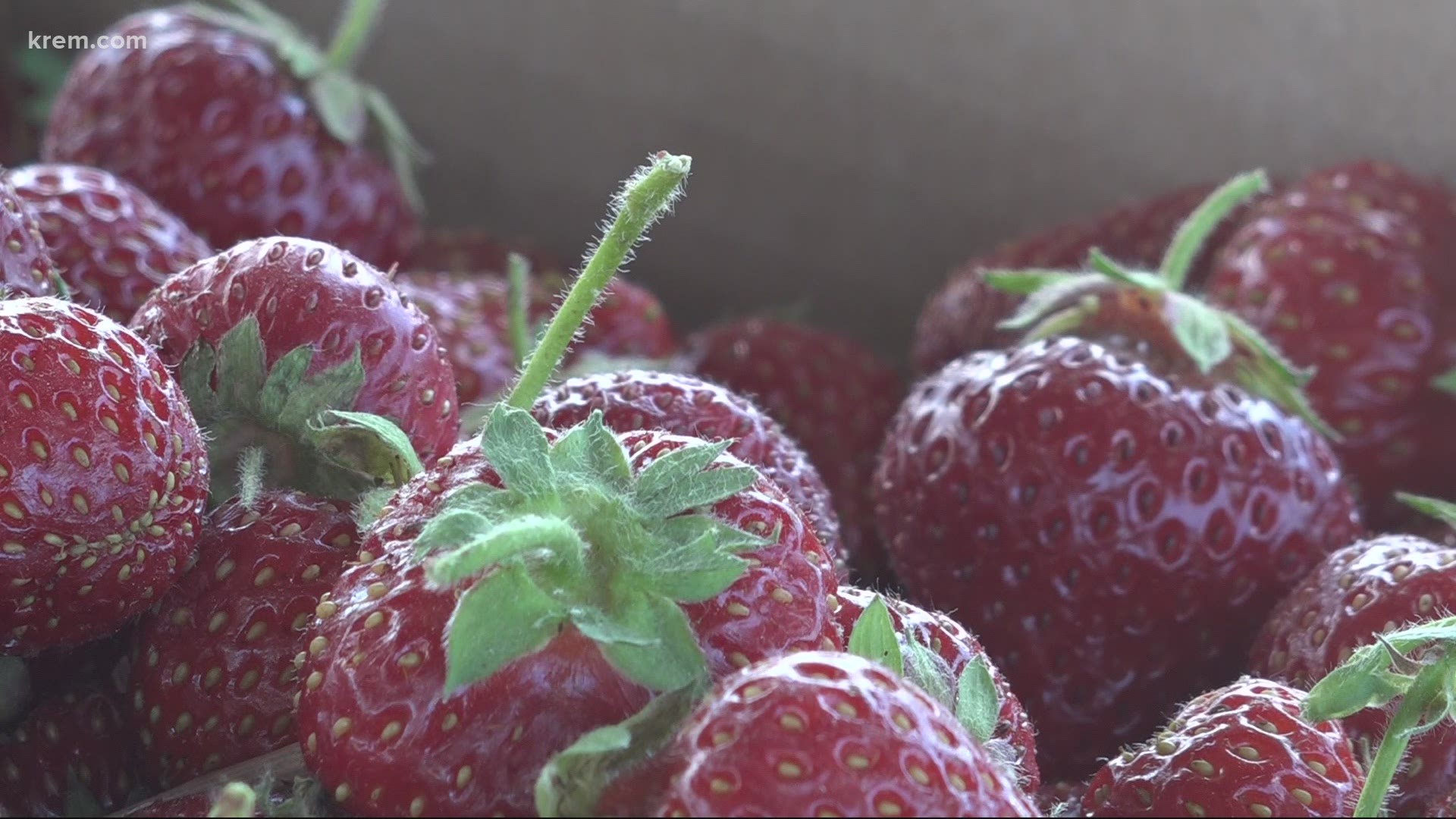 Strawberry picking season starts around Fathers Day in mid-June, and ends around early July. But this year is different.

"A lot of sleepless nights because I was, you know, people expect to have three weeks to pick the strawberries," farmer and owner of Walters' Fruit Ranch Jason Morrell said. "I didn't know how it was going to get done. "

Spokane is set to hit triple digits this weekend and into next week. This unprecedented heat is cutting Walters' Fruit Ranch's strawberry season. The sun is drying out the 5 million berries, Morrell said.

"They're going to be ready on the vine for about two to three days and then if they don't get picked, then they're gonna rot," he added. "We'll be lucky to last another week here, especially with what's coming Monday and Tuesday."

On Monday, Spokane is forecasted to hit 109 degrees. This is extremely rare - Spokane averages just 100 degree day each year. Temperatures in the hundreds aren't suitable for strawberries, which Morrell says is hard because they have so many that they community hasn't gotten to eat yet.

He will be open every day from 6 a.m. to whenever it is "too hot to function." View their information and picking times on their website or social media.