According to KREM Reporter Casey Decker, the waters pushed large rocks and dirt onto the roadway. 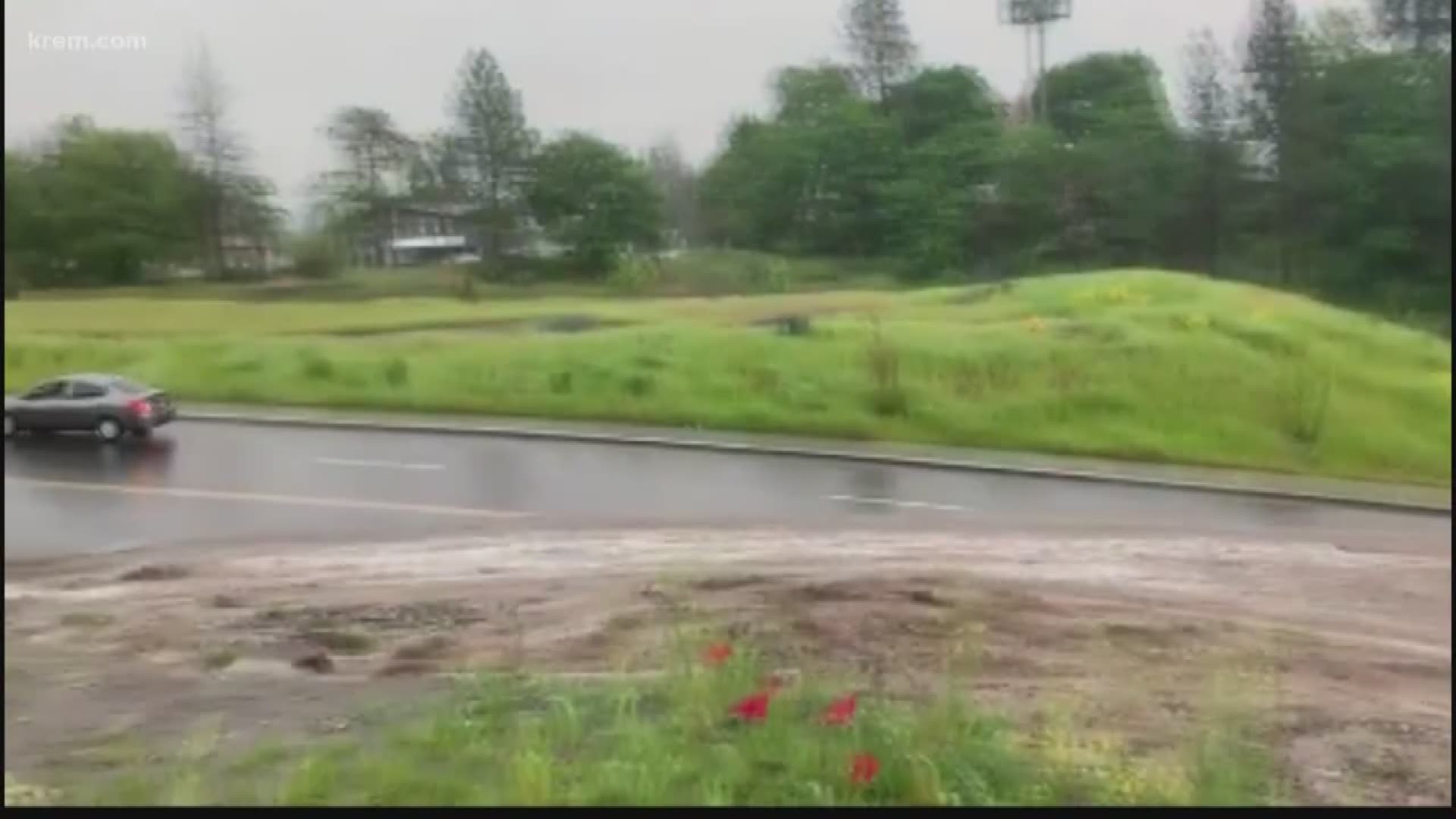 SPOKANE, Wash. — Flooding on TJ Meenach Drive caused debris and rubble to slide into the roadway on Thursday, blocking off the road in both directions.

The road has since reopened as of 5 a.m. on Friday.

According to KREM's Casey Decker, the flooding knocked manhole covers out of their place and cause dirt, rocks and other debris the cover part of TJ Meenach Drive on Thursday night. This caused the roadway to be blocked in both directions.

The drive is located near a sewage reservoir, according to Decker. Video shows water pushing back cars on the street at one point on Thursday night.