The truck got stuck at Ninth Avenue and Ivory. Neighbors say it appears the hole is a sinkhole. 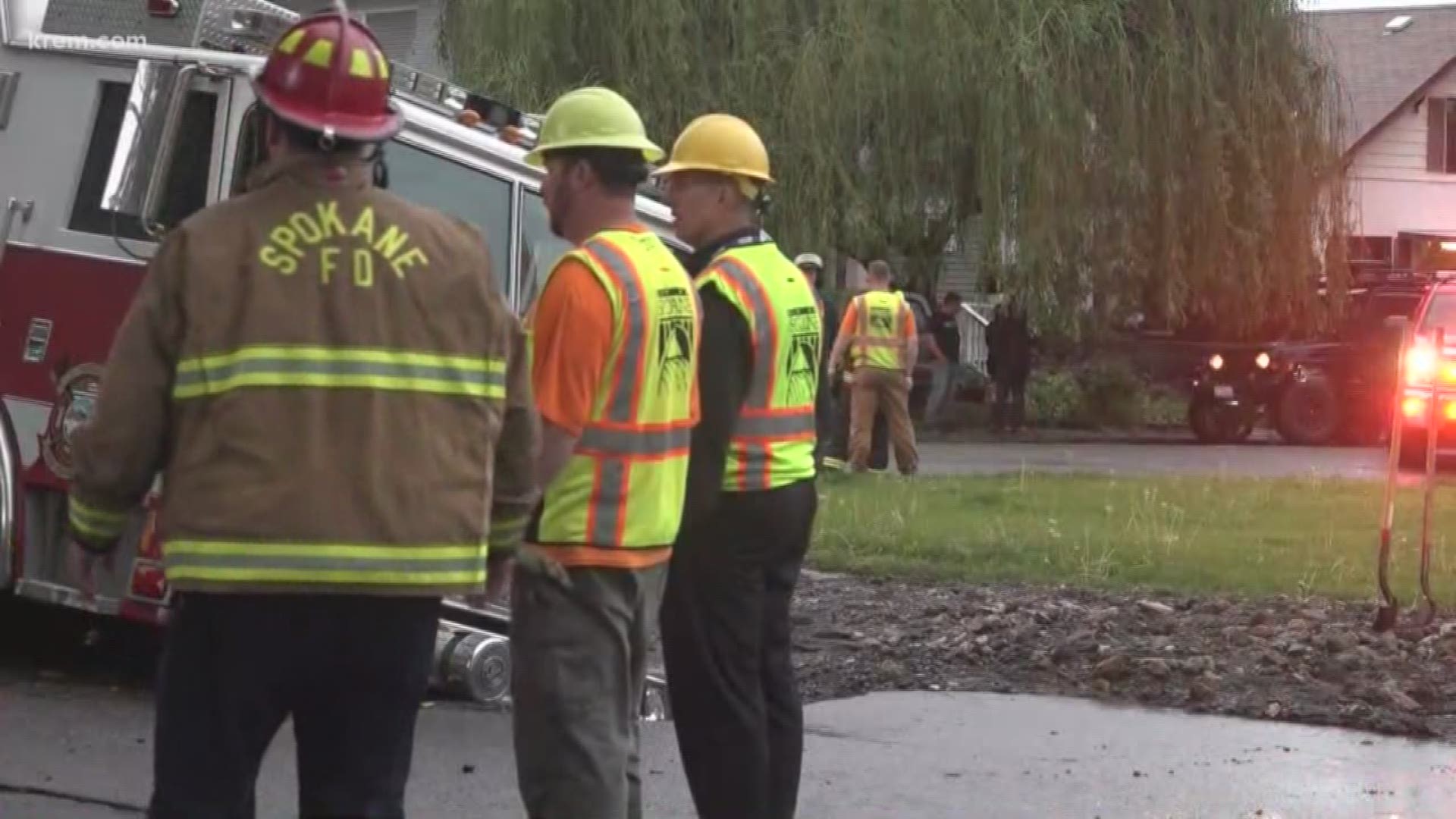 SPOKANE, Wash. — A fire truck got stuck in a hole on the lower South Hill Thursday evening.

The truck got stuck at Ninth Avenue and Ivory. Neighbors say it appears the hole is a sinkhole.

Officials said the fire truck was sent to find a broken water main and the road collapsed beneath them. They say the pipe burst was not likely related to the storm.

The water main is shut off and a tow truck pulled out the fire truck.

City water crews are on scene working to fix the break.

This happened as a thunderstorm storm, dumping heavy rain, hit the area.

Heavy rainfall began in Spokane at about noon on Thursday. Spokane will see the heaviest rain between 5 - 7 p.m. during the evening commute.

RELATED: Spokane severe weather 'normals' for the spring and summer