Spokane severe weather 'normals' for the spring and summer

In the last two years, the Inland Northwest has not seen nearly as much severe weather compared to normal. 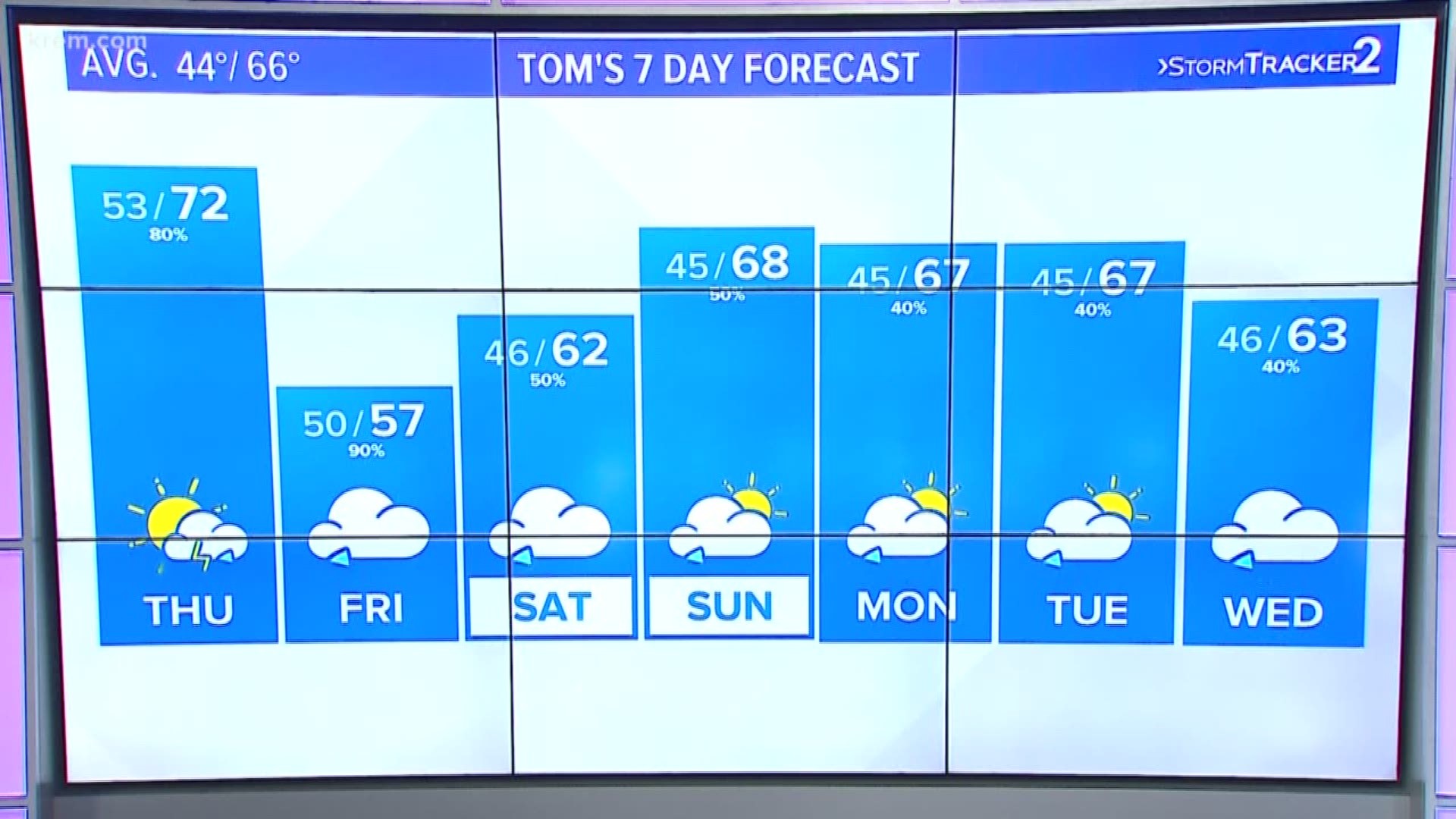 SPOKANE, Wash. — Typically, between May and September are the months we see severe weather, and each year comes with a hand-full of warnings issued by the national weather service.

The last time Spokane was under a Severe Thunderstorm Warning was July 22, 2016.

Tornadoes also count as severe weather. The last tornado to touchdown in the inland northwest was near Airway Heights on August 16, 2016.

Credit: KREM 2 Weather
Thursday's Severe Weather Outlook. SPC's outlook scale ranges from Zero to 5, with 5 being the most severe.

When forecasting severe weather events, the National Weather Service Storm Prediction Center releases a "severe weather outlook." The expected frequency and intensity of severe weather on any given day is ranked on a scale from 0 to 5, with 5 being the most extreme.

The problem though is that this is a nationwide product and I would be shocked to see anything above a category 3 "Enhanced" outlook be issued for the Inland Northwest.

While a "Marginal Risk" is considered a low-end threat for Oklahoma, in Washington that means there's a real chance for severe storms with hail and damaging winds.