Flash flooding in Pullman Tuesday was vastly different than the historic February 1996 flood. 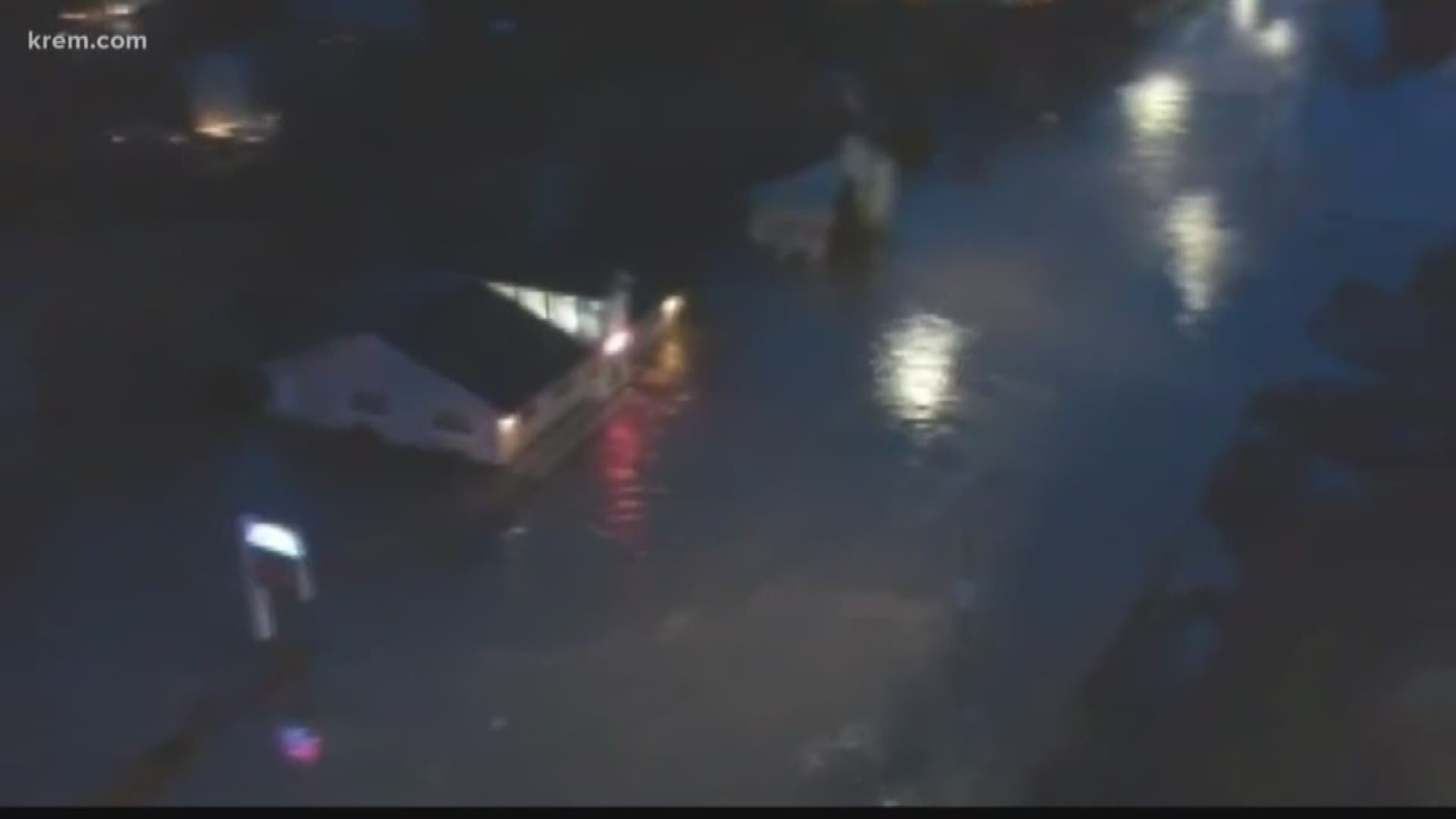 PULLMAN, Wash. — Flooding in Pullman this week has been regarded as one of the worst floods in recent memory.

But what makes this event interesting from a weather perspective is that the cause is totally unlike other significant floods in the area.

What happened Tuesday along Grand Ave. is known as a "Flash Flood." This is a rapid onset of water due to heavy rain, .75 inches, falling in just two hours on top of the record rainfall for the day and week prior.

This caused the Missouri Flat Creek, a creek that is not necessarily known for consistent flooding issues over the years, to surge with water, making this event more of a surprise to those that live and work there.

Most of the historic floods we remember are a combination of heavy rain and melting snow.

In February 1996, it was a deep freeze and heavy snow at the beginning of the month followed up by a mild atmospheric river, known as the Pineapple Express, that multiplied how much water area rivers took on.

In Moscow that year, 3.5 inches of rain fell on top of 19 inches of snow, creating one of the worst floods in Inland Northwest history.

These "rain-on-Snow" events cause the most significant floods for our area, but are more predictable, as the effect can be seen days in advance as opposed to the suddenness of a flash flood like what occurred on Tuesday.