Data from the Spokane Regional Clean Air Agency shows that the city's hazardous air quality over the weekend is the worst it's been since reporting began in 1999. 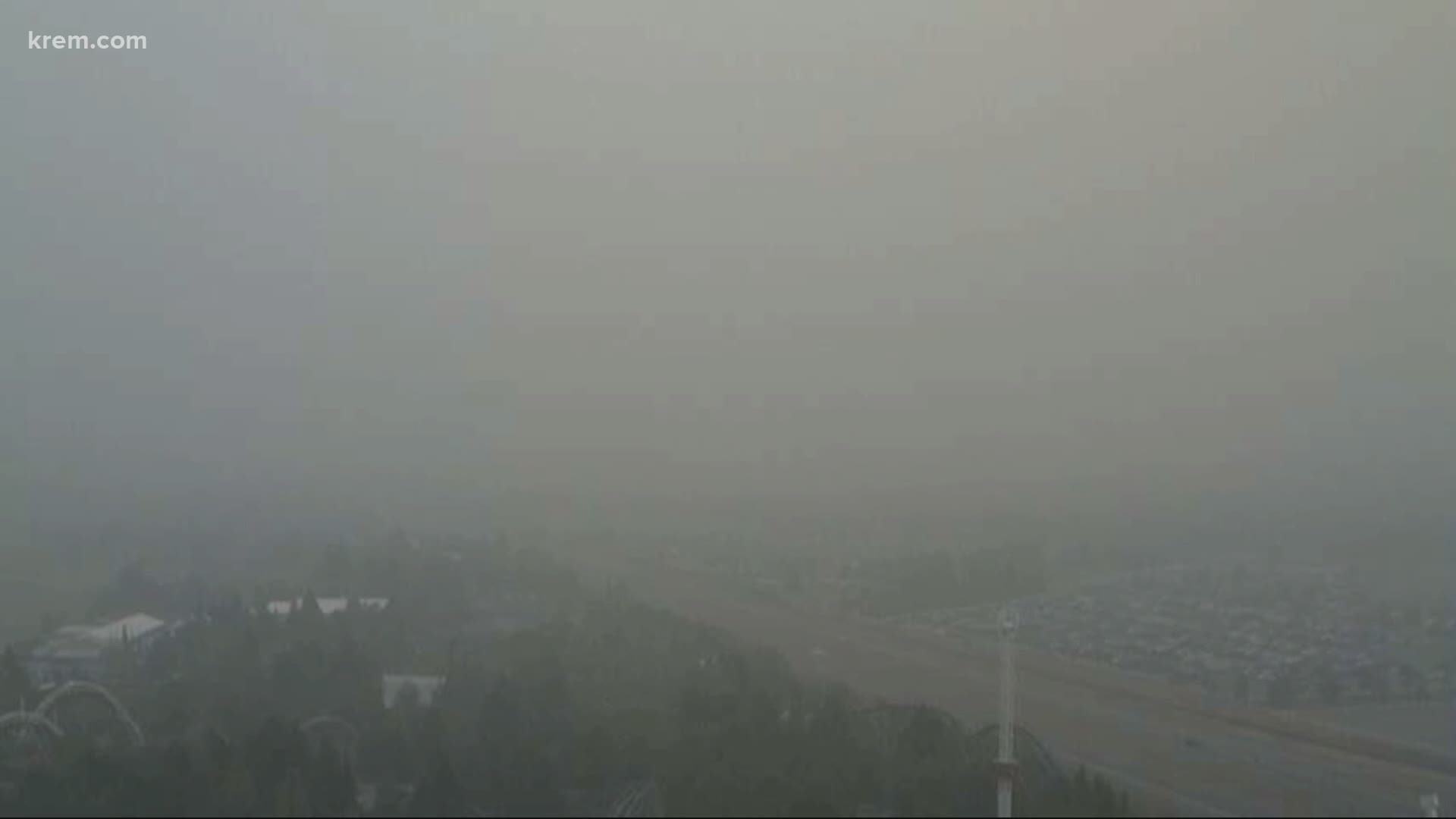 SPOKANE, Wash. — It probably will not come as a surprise to many people that the hazardous air quality in Spokane is breaking records.

The air quality index hit 479 out of 500 on Sunday, according to records from the Spokane Regional Clean Air Agency. On Saturday, measurements indicated that number was 368 at its peak —  which is still well within the hazardous range.

As of Tuesday morning, the air quality index is sitting at 322 out of 500. This is the fourth day in a row that Spokane air quality has been in the hazardous quality.

According to the agency, the highest number on the air quality index before the past weekend was 257 on Aug. 19, 2018. That year was one of the smokiest on record in Spokane.

The last time Spokane saw air quality above the moderate range was on Aug. 7, 2019, when it fell into the unhealthy for some groups category.

The data from the Spokane Clean Air lists every day since 1999 that air quality was above the moderate range due to wildfire smoke or other factors. The agency began monitoring these numbers shortly after the Environmental Protection Agency established a health-based standard for fine particle pollution.

RELATED: Remembering life in the Northwest after Mount St. Helens erupted 40 years ago

Some KREM viewers have asked what happens if the air quality index soars above 500. Lisa Woodward, a spokesperson for Spokane Clean Air, said values above that number are considered beyond the AQI since it is set from 0 to 500. People should continue to follow recommendations for the hazardous category, she added.

In the current conditions, everyone should avoid or limit time outdoors, Woodard said.

Air quality in Spokane is expected to remain at unhealthy levels until the weekend.

Charlotte Dewey, a meteorologist with the National Weather Service's Office in Spokane, said a weak system moving through on Monday may improve conditions a bit but forecasters are not expecting any major changes. Poor ventilation combined with active wildfires will cause smoke to remain trapped near the surface.

Woodard said residents should expect readings in the hazardous range through Tuesday. Hourly updates from the agency are available online.

The better chance for improvement in the air quality will come on Friday and into the weekend when a weather system should bring the Spokane area some rain and begin to clear out the smoke, forecasters said. Air quality in Spokane may improve slightly from hazardous to unhealthy levels ahead of the weekend.

An Air Quality Alert was issued for all of Washington state on Thursday. It has since been extended through noon on Friday for Spokane and surrounding areas.