One lane of eastbound I-90 will likely remain closed until noon or later on Tuesday. Troopers say icy roads and speed likely played a role in the crash. 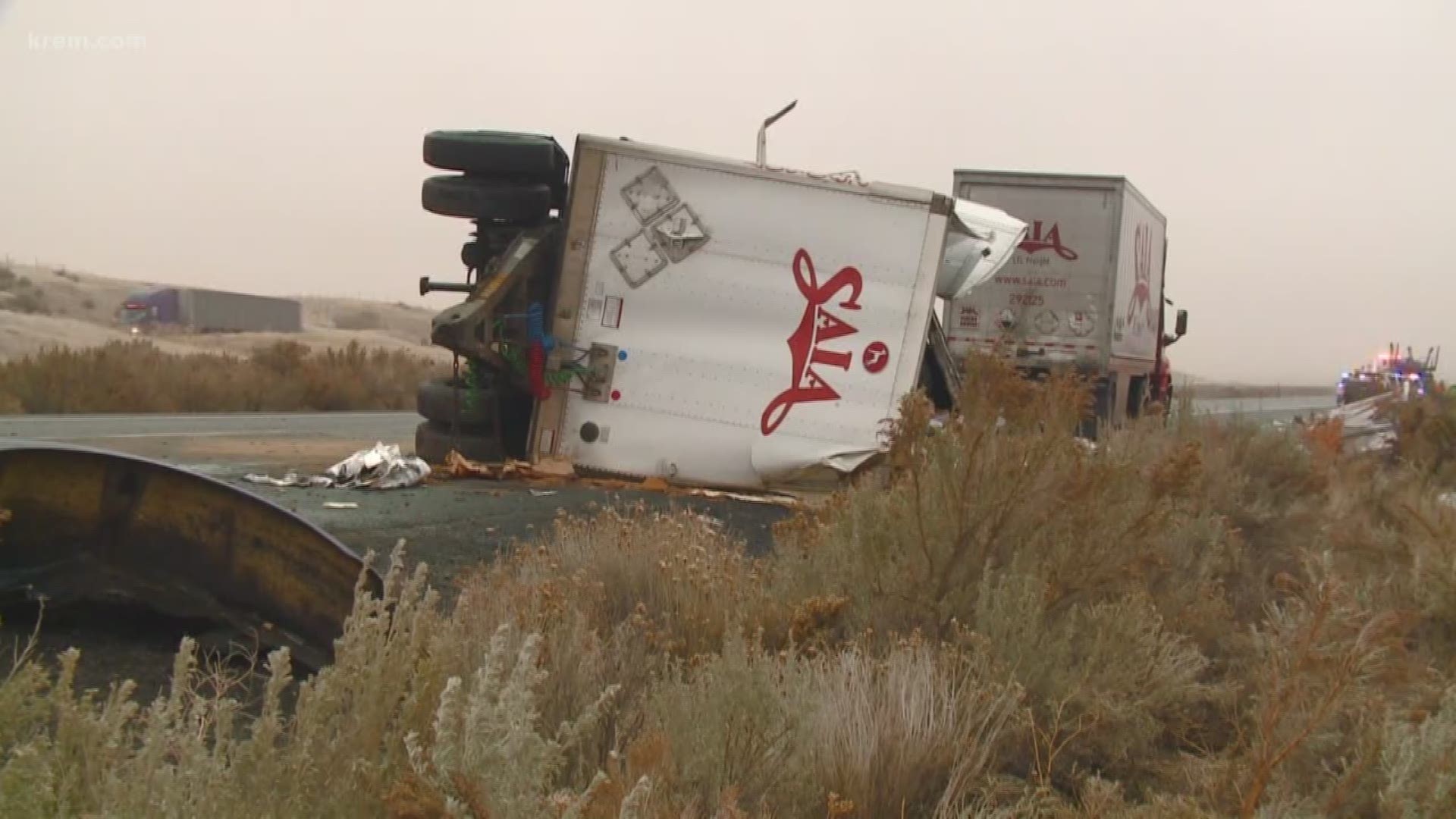 Troopers told KREM that one person was taken to the hospital for minor injuries following the crash.

Both lanes of eastbound I-90 were closed for several hours on Tuesday morning but have since reopened. Troopers say a detour is no longer in place.

Troopers said one truck lost control on snow and ice and its trailer detached. The next truck that came along did not see the trailer until the last minute and drove through as the trailer blocked the road. Another truck then ran into the back of the crash scene.

Troopers said speed likely played a role in the crashes.

Drivers can expect areas of fog and slick roads around Moses Lake, Davenport and Ritzville on Tuesday morning, according to the National Weather Service.

Icy roads have also delayed openings for a handful of central Washington school districts, including Moses Lake and Ephrata.

Multiple car crashes and spin-outs closed a portion of I-90 east of Moses Lake on Sunday. Authorities said poor weather conditions contributed to the crashes.

Authorities said some people were hurt and taken to local hospitals, but no one was seriously injured.

This is a developing story. It will be updated as more information is made available.

RELATED: Some drivers caught in I-90 pileup left frustrated by tickets

RELATED: Why WSDOT did not pre-treat I-90 ahead of pile up