The Department of Natural Resources is closing all public lands in eastern Washington to public access due to high wildfire danger. 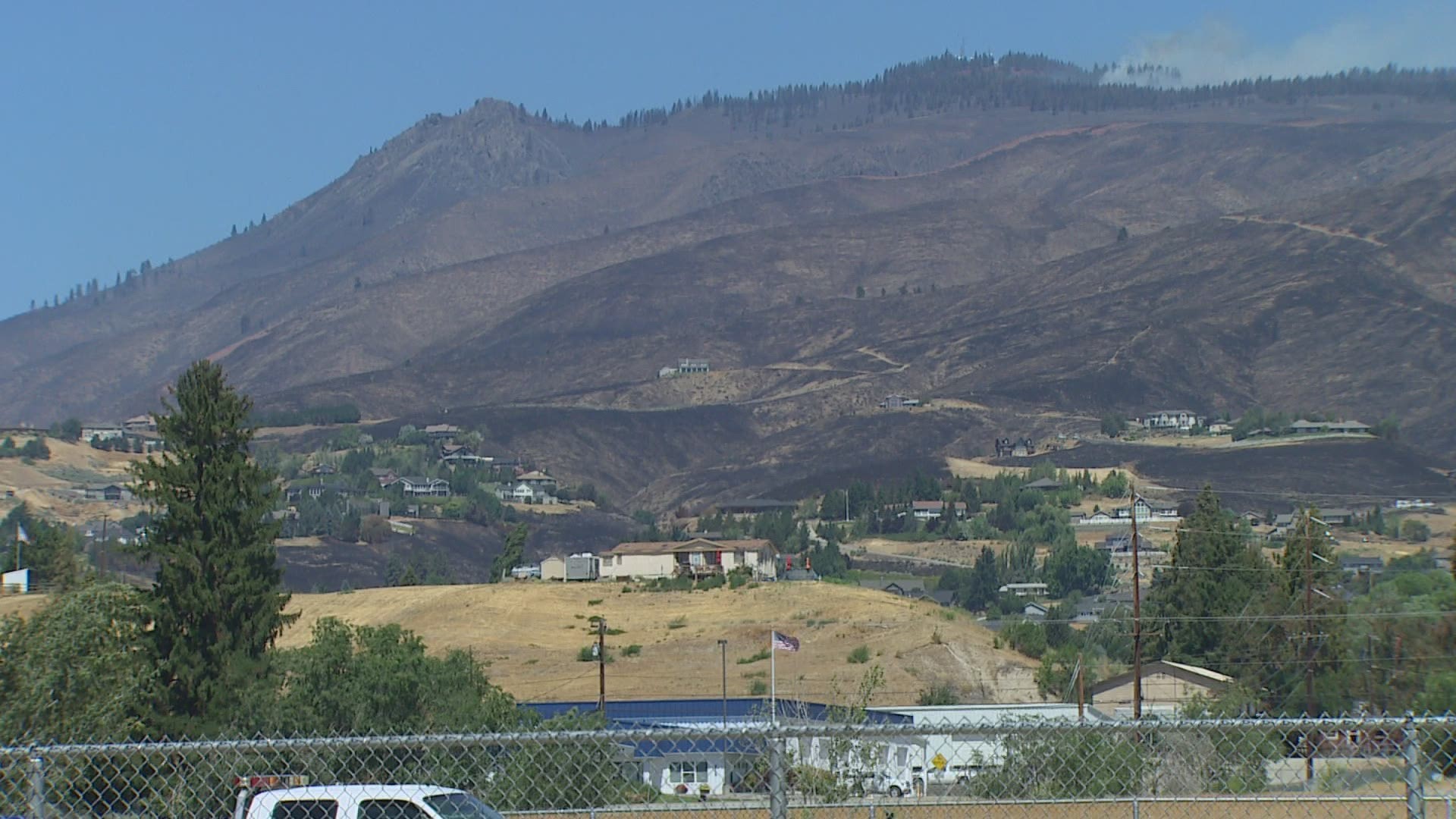 WENATCHEE, Wash. — Due to the already record-breaking wildfire season fueled by extreme heat and historic drought across the Pacific Northwest, the Department of Natural Resources (DNR) is closing all public lands in eastern Washington on Friday.

The temporary closures are aimed at curbing the proliferation of wildfires in the state. They were announced Tuesday by Commissioner Hilary Franz during a visit to the Red Apple Fire in Wenatchee.

The Red Apple Fire is now 94% contained after burning more than 12,000 acres in roughly one week. However, it is just one of nine major fires across Washington, according to DNR.

The state has seen a record-breaking number of wildfires and acres burned for the first half of the year. Additionally, the number of wildfire ignitions is already double that of the 10-year average, DNR said in a release.

Beginning Friday, all DNR-managed lands in eastern Washington will be closed to public access.

The red areas of this map show DNR-managed forests & recreation sites that will be impacted by these closures. For a detailed map of DNR-managed lands, visit https://t.co/tdRzWDKs7f. pic.twitter.com/FHM1HFIWll

The Washington Department of Fish and Wildlife also announced Tuesday that it would be closing all wildlife areas, including water access areas, in eastern Washington for overnight use beginning Friday. The department said in a release that the overnight closures are due to "increased fire risk and nationally depleted firefighting resources."

The historic drought in most of Washington, exacerbated by a recent heat wave that sent temperatures soaring, prompted Gov. Jay Inslee to declare a state of emergency for the second year in a row, which gives the Department of Ecology (DEC) to take certain emergency measures toward providing drought relief.

Public Lands Commissioner Hilary Franz at the site of the Red Apple Fire outside Wenatchee.

DEC also released a drought advisory map, showing which areas across the state are included in the drought emergency.

The only areas excluded are Seattle, Tacoma and Everett. While they are excluded from the emergency, these areas remain abnormally dry.

Seattle for example, a famously rainy city, has gone more than a month without any measurable rainfall.

As for eastern Washington, DNR warns that all land east of the Cascades is either at very high or extreme fire danger. No word was given on when DNR plans to reopen these public lands.