Beckman becomes just the second Chief ever to earn the award. 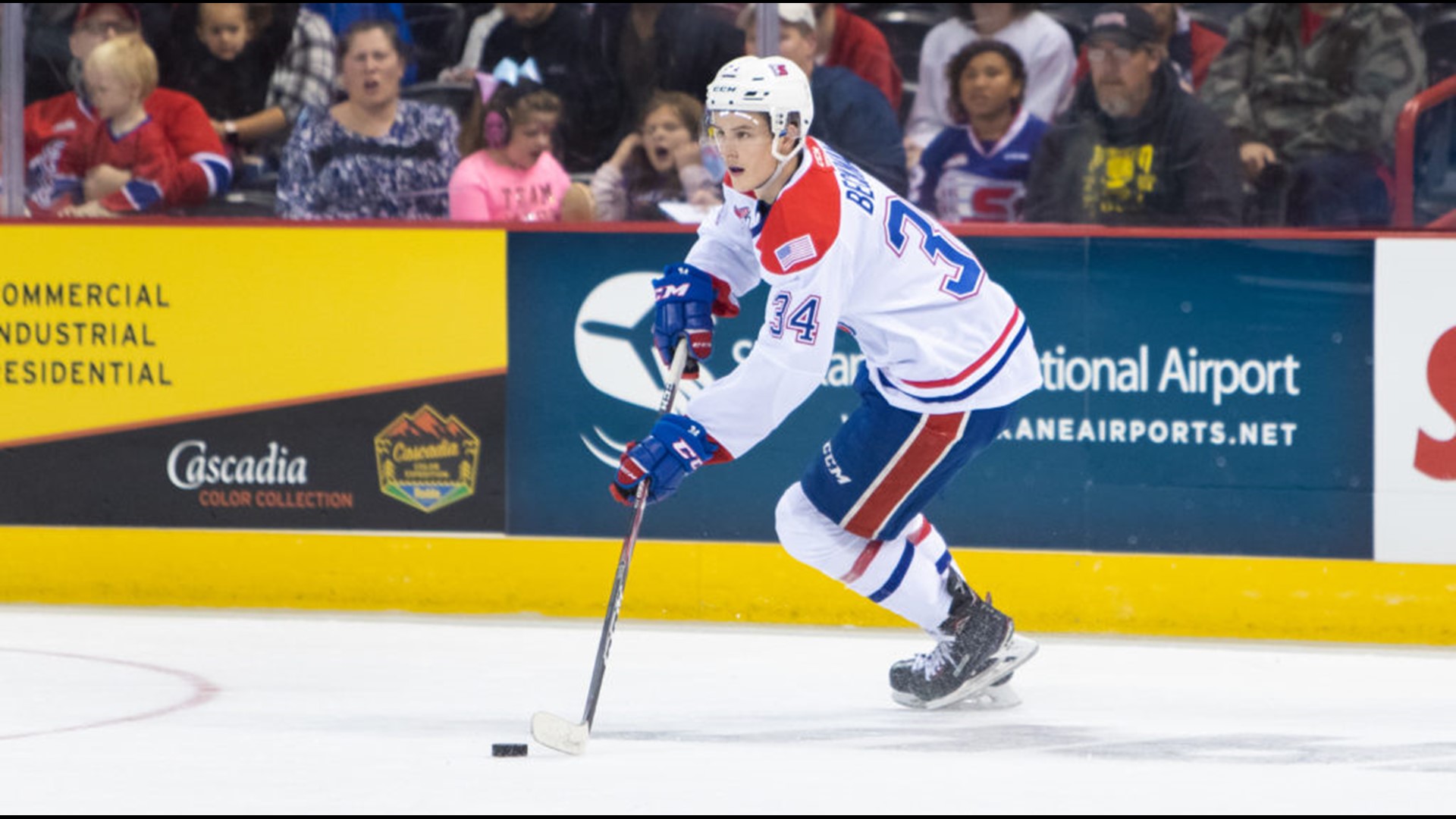 SPOKANE, Wash. — On Thursday morning Chiefs' forward Adam Beckman was awarded the Four Broncos Memorial Trophy as the WHL Player of the Year.

"It was really exciting," said Beckman when he learned he had won the award. "I think that’s the biggest thing is just excitement. It’s an honor to be selected for this, and I’m just so thankful to be put in this position."

The only other Chief who has earned that award was Ray Whitney, who earned it nearly 30 years ago during the 1990-91 season.

Beckman definitely had an MVP worthy season with the Chiefs, leading all WHL skaters in points (107), goals (48), and shots on goal (316). The Saskatoon native was the only player to top 100 points in the WHL this season. Beckman also ranked third in assists at 59, second in power play goals at 16, and second in game-winning goals with 9.

Beckman is the first Chiefs player since Mitch Holmberg to top 100 points in a season. Holmberg did that six years ago, and his season wasn't shortened like Beckman's ultimately was.

The highlight of Beckman's season this year was him setting a new franchise record in December and January when he scored a goal in 10 consecutive games. In total, he had 18 points during the streak.

Beckman was picked by the Chiefs with the 96th pick in the 2016 WHL Bantam Draft-- hardly a pick most have tabbed to become a WHL Player of the Year.

"It’s been crazy," said Beckman of the journey. "I didn’t have a lot of expectations when I came into the WHL, but I think that really helped me. I just have a really good supporting cast in my family and coaches and teammates. They’ve kind of helped me through it and helped me continue to improve. It’s been fun."

Beckman went on to be selected by Minnesota in the third round of the 2019 NFL Entry Draft. At 19, Beckman still has another year of eligibility in the WHL. Depending upon what the Minnesota Wild decide, he could be back with the Chiefs next season.

"Absolutely," said Beckman emphatically when asked if how last year ended motivates him for next season. "I think it’s a little bit of unfinished business just because we worked so hard this year to just to have it taken away from us, to have another chance, it’s awesome. I think a lot of us are going to be very motivated going into this next season."

Beckman is the second Chief to be honored by the league in the same amount of days. On Wednesday, the WHL named Ty Smith Defenseman of the Year.

"Any time individual success comes, I think it stems from team success," Beckman said of both him and Ty Smith being honored. "It goes to show how strong and good our team was, and how our supporting cast helped us so much."

RELATED: CHIEFS BLOG: The Chiefs season comes to an end due to the coronavirus pandemic

RELATED: Ty Smith: A season, and career, to remember