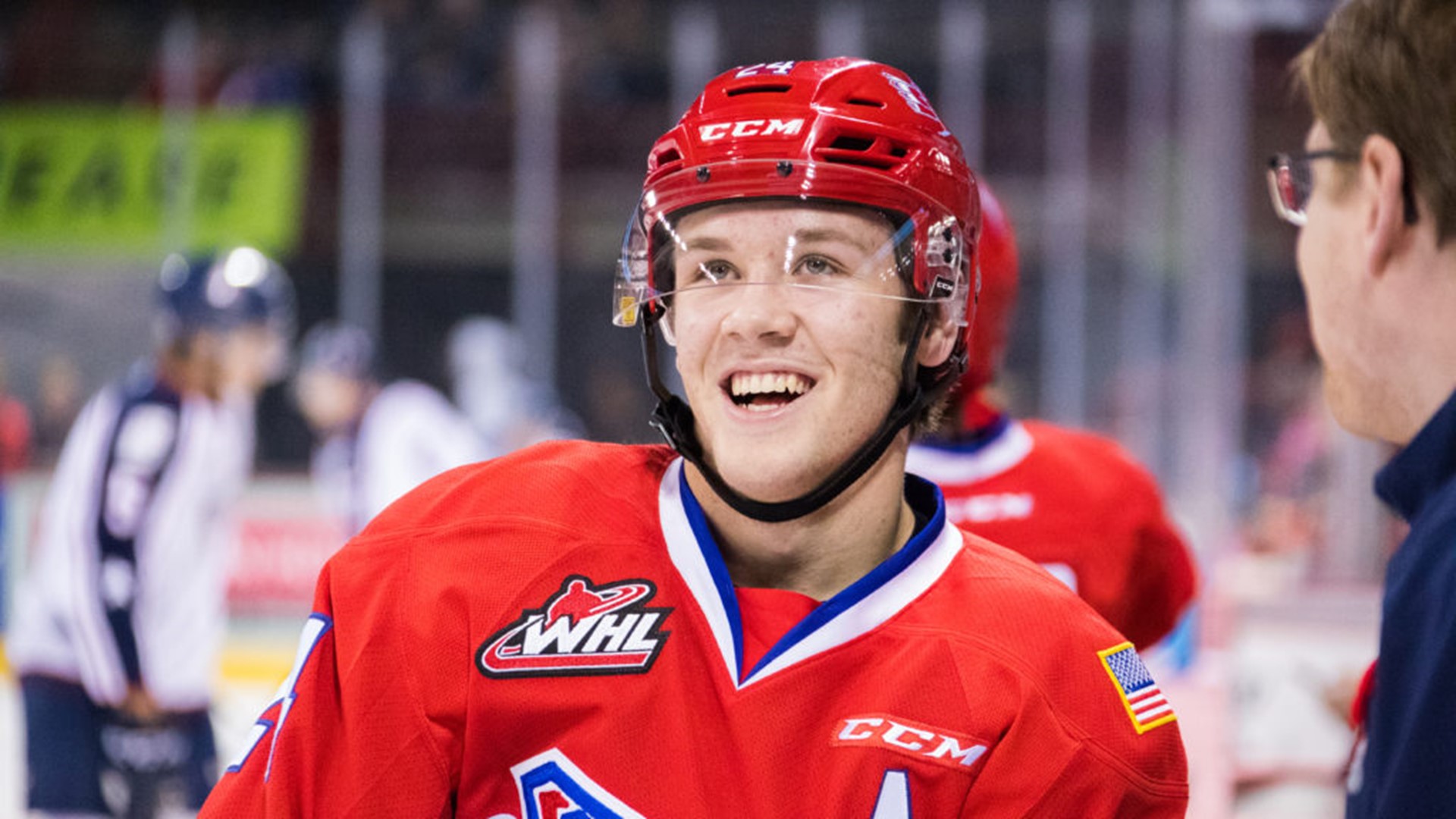 SPOKANE, Wash. — The Western Hockey League announced on Wednesday that Spokane Chiefs defenseman Ty Smith won the Bill Hunter Memorial Trophy, which is given to the league's best defenseman

“There were a lot of great defensemen in the league this year," Smith said. "There are a lot of good buddies of mine that I know are talented guys, so it’s pretty special to receive that award.”

Smith also earned the recognition last year. He becomes the first WHL defender to do so since Kris Russell  in 2006 and 2007 with the Medicine Hat Tigers.

Smith had 16 multi-point games throughout the season. The game that stuck out the most was on Feb. 28 against Seattle, when he scored three goals and tacked on five assists to break his own franchise record for single points in a game by a defenseman.

RELATED: Ty Smith: A season, and career, to remember