'Why not us? Why not now?': Rolovich, Cougs prepare for shortened Pac-12 season

There are a lot of questions surrounding Rolovich's squad, most notably at quarterback, but Rolovich is hoping to turn those questions into advantages. 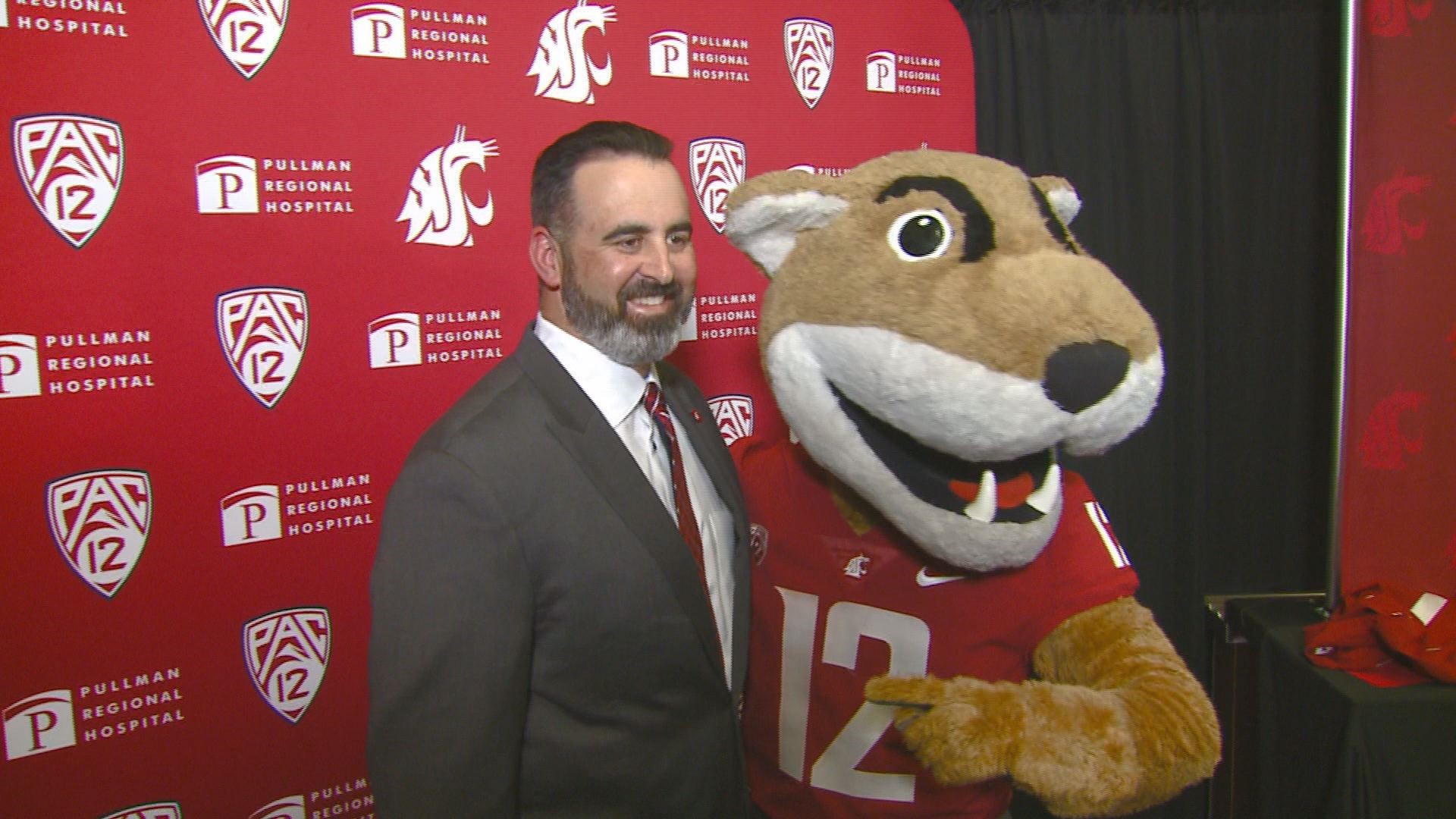 PULLMAN, Wash. — On Wednesday morning, the Cougs were picked to finish last in the Pac-12 North.

There are certainly a lot of question marks surrounding the squad that got no spring practices in, has a new head coach, and doesn’t have a single quarterback on their roster who’s played a snap in a college football game.

But, as Nick Rolovich points out, there are a lot of question marks surrounding all of college football this year.

"I see this as good of a chance as anything to, especially if you’re picked last, to jump on people. Pounce on people, sorry," said Rolovich.

During this time filled with questions, he says his team hasn't been questioning his staff.

"We've had very little, ‘Well, why do we this way? We did it this way last year.’ We've had high level of buy in," said Rolovich. "That's made it not only smooth, but I think even given us a chance to get ahead. I think we've earned some trust. I think they know that we care about them as people, and it's been definitely a unique journey."

“We think he’s still with us. Hopefully a tribute to him and his life and his family... I feel like that’s the right thing to do.”- Rolovich on no one wearing the #26 this season in honor of Bryce Beekman

In a year that’s entirely unfamiliar, Coug fans find themselves in a familiar spot: For the third straight season there’s a quarterback competition.

This year though is a bit different, as noted earlier that none of the quarterbacks on the roster have played a down in college football. Nick Rolovich says he can’t recall a time while coaching DI football that he’s had a quarterback room in this position.

"None that I really remember. I know it's probably a fairly unique situation, but I love how they're working. They all have different things they need to work on to get better as a group, but even some of the stuff we're doing now, I see a lot of improvement from when we first got see them. What I think the offense gives these kids is an opportunity to be effective with it in their own skill set and mentality. These guys are hard workers which is going to give us a chance," said Rolovich.

In an ideal world, the former Hawaii head coach says he would name his starter at quarterback this season two weeks prior to the first game, but this isn’t an ideal world right now, so there isn’t a set timeline.

"I think the short practice time has changed our philosophy more than anything. What are we going to get good at? What are we going to concentrate on? Dan Morrison, my quarterback coach in college, he always said, 'It’s not what you know, it's really what your players know.' It is something that I think we need to be more conscious of this year, not necessarily because of them not having snaps, but because of the shortened preparation time," said Rolovich, who also noted that who's starting could change on a game-by-game basis.

Overall, WSU's man in charge hopes that shortened preparation time, and the shortened season, levels the playing field a bit. And that that helps his Cougs defy the low expectations.

"Everyone's had an abnormal prep in whatever ways that they had to deal with. This is an opportunity for us to jump in and make some real noise. I see it as a complete opportunity. I didn't necessarily want to take that stance publicly with you guys, but I've already done that. For our team, guys, it's 60 minutes of football. Everyone's getting the same amount of training camp. There's six or seven games. It's about who gets hot and who stays together and who believes that they can win early on. You might get on a roll and who knows what's going happen. It’s not something that I've necessarily brought up with the players, but why not us? Why not now?" said Rolovich.