Petersen will coach the Huskies through their bowl game, before handing off the reigns to current defensive coordinator and Spokane native Jimmy Lake. 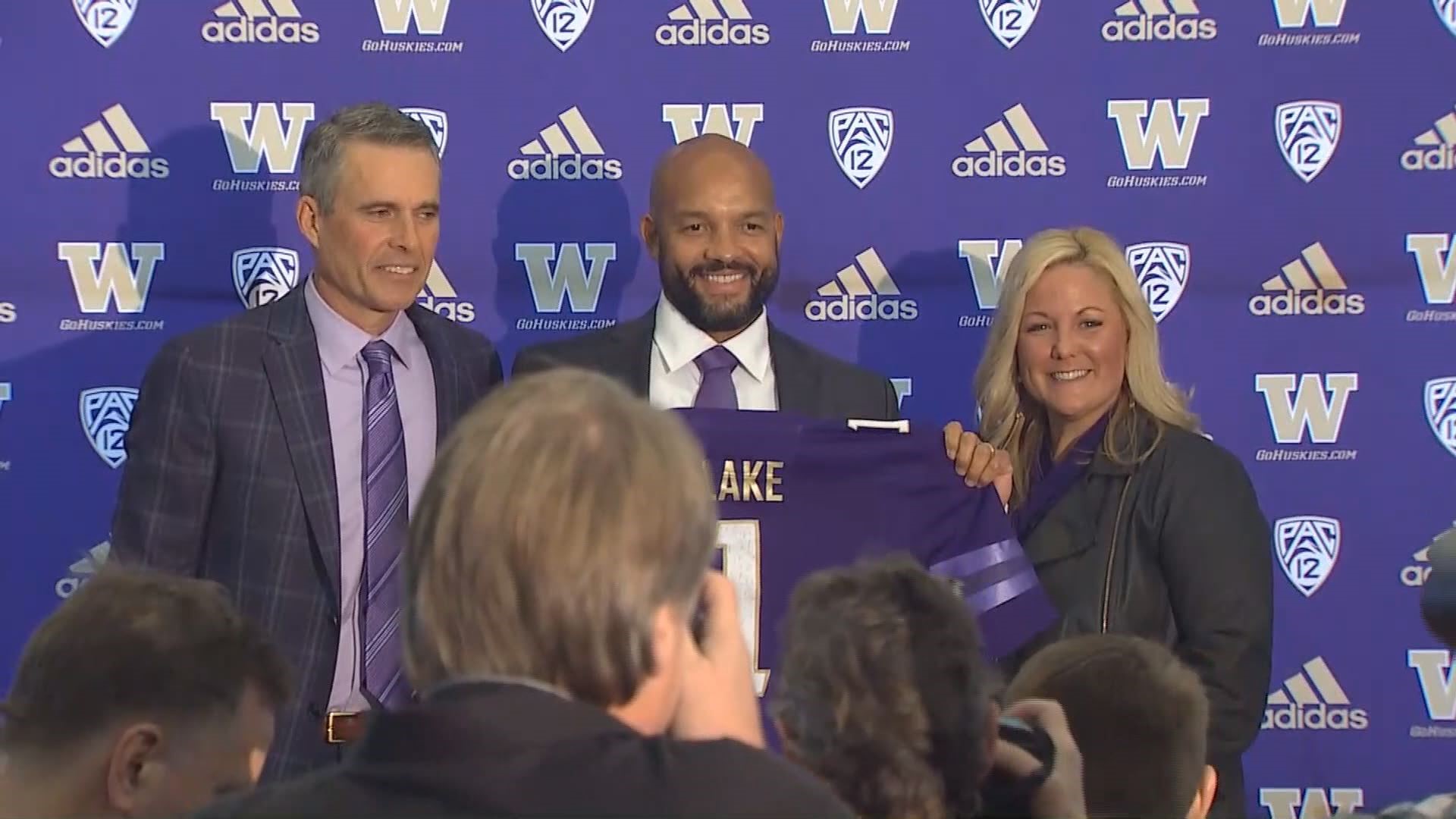 SEATTLE — Chris Petersen's wife was the only person who knew going into the Apple Cup that Petersen would be stepping away from coaching.

But maybe, just maybe, Mike Leach was on to him.

"Before the game, I'm talking to Mike Leach and he says, 'Hey, how much longer are you going to do this?' and I'm thinking, 'Man this guy's a mind reader too. We're in trouble,'" said Petersen to a roar of laughs.

Petersen's announcement Monday morning that he was leaving his head coaching position at UW caught the entire college football world off guard—that except for Chris Petersen.

"There’s a quote that I heard awhile ago in the fall. I think it was one of those eastern philosophers or something, that said a man has two lives to live and the second one begins when he realizes he only has one. That thing has been ringing in my ears loud and clear."

The former Boise State head coach said in his presser that he had an inkling last season that something was off, but didn't know until two to three days before the Apple Cup that he was set on stepping away.

"My whole plan is to get rested, is to get recharged, and get redirected," said Petersen. "The one thing I know is I’m not ready to do nothing."

Petersen does plan to stick around UW and advise in some way. Not with the football team, but rather with the athletic department as a whole.

"There’s so many things that I’m opinionated about and that I’m passionate about that aren’t always right, but I’ve got strong opinions on that. Now I can’t wait to tell everybody," said Petersen to a crowd in fits again.

Someone else who’s also opinionated?

Being aggressive also normally lends itself to another personality trait.

"I am extremely competitive. My family can attest to that. I have this weird way of always turning everything into a competition," said Lake with a chuckle. "I want that to be also what our program is all about. We’re going to try to win at everything. Whether it’s a ping pong match in the recruiting lounge or definitely on Saturday afternoons out here in Husky Stadium."

With that, there’s only one thing left for Jimmy Lake to say.

"So now here we go. I'm the head football coach."