In July, Jared Lindsley was in an accident that left him with severe injuries. He persevered through his own strength and encouragement from a former Seahawks QB. 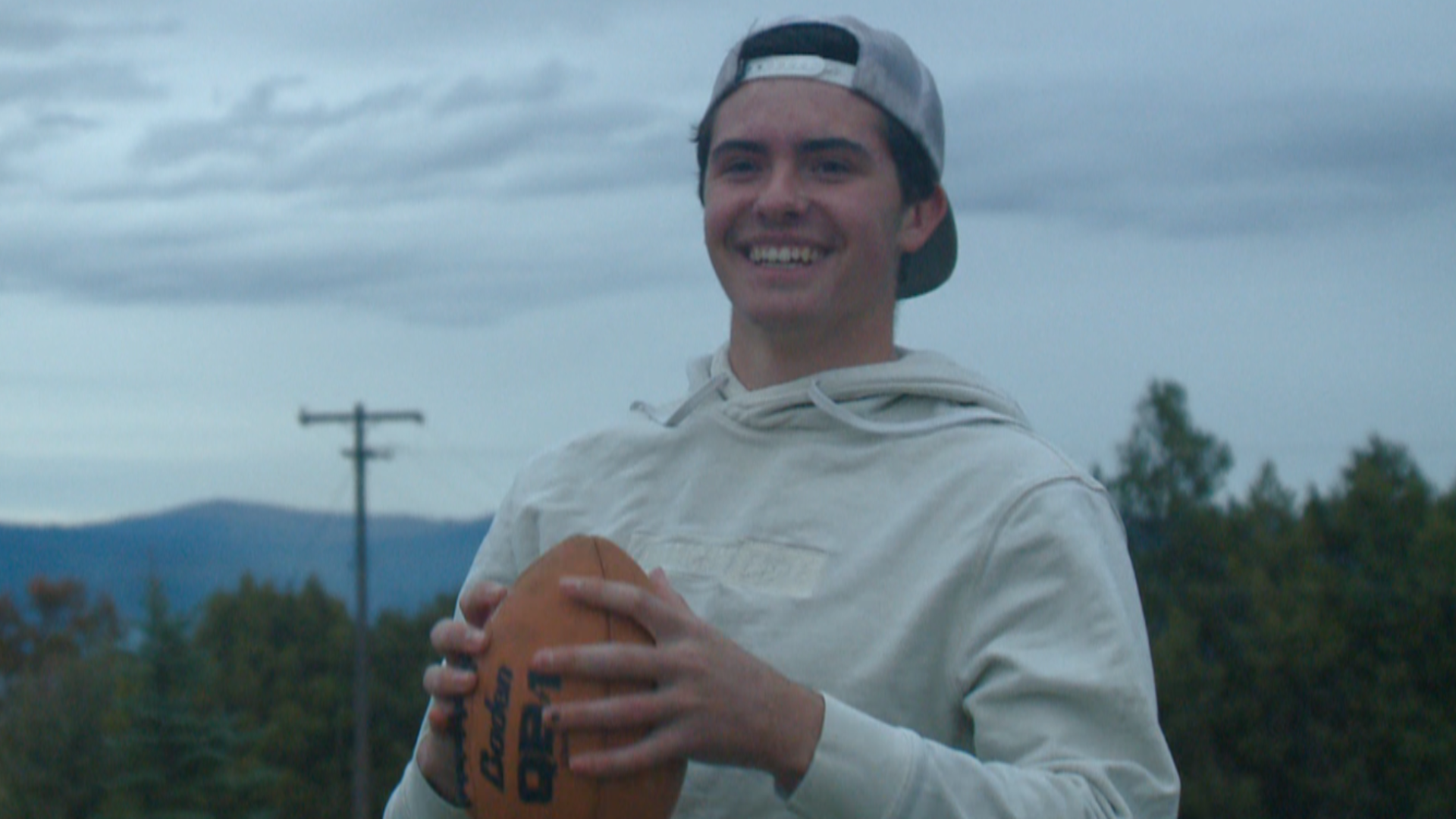 GRANGEVILLE, Idaho — This was supposed to be the season Grangeville High School quarterback Jared Lindsley became the Bulldogs' starter.

He'd been working his way up to this moment for a while and expectations were set high because of his skillset. With that came aspirations to play college football.

"He would have been unstoppable," Grangeville head coach Jeff Adams said. "I mean, he's got it all."

Everything was shaping up nicely for Lindsley to show his abilities before an unfortunate accident in July.

"I was just out on my dirt bike," Lindsley said. "I was going up a hill and the car didn't see me and pulled out. I hit the side of it and then that was about all I remember."

His traumatic accident this past summer cracked his skull, caused brain bleeding, collapsed his lung, and resulted in several bones and pinched tendons.

"It was such a shock to see your kid hurt so bad," Jared's dad, Russell Lindsley, said.

As one might imagine, it was some of the most terrifying moments of his family's life.

"You're just putting everything in to praying he'll be okay," Jared's mom, Heidi Lindsley, said.

After he was released from the hospital, Lindsley knew the road to recovery would be a tough one. Not long after his accident, though, former Seattle Seahawks quarterback Matt Hasselbeck sent him a message of encouragement. It was set up through someone Heidi knew.

"Buy in to the tedious work of rehab each and every day," Hasselbeck said. "That's where you make special gains and that's where you can do what some people would say are things that are impossible. I hope you have a great recovery. I hope you are able to do things people don't expect you to do. I hope you've got a great story to tell some day."

That message inspired Lindsley. He spent countless hours rehabbing to get healthy again.

"Physical therapy has helped a lot, like my wrist, getting movement back and all that in my shoulder," Lindsley said.

It wasn't easy, but with perseverance, Lindsley found a way. He's able to throw a football once again and he is back to lifting weights like he did prior to his accident.

It's likely he'll get cleared to play football again next season.

"It's just how much effort you put into it and how bad you want it," Lindsley said.

All things considered, his story of recovering is nothing short of a miracle. This season, he'll wait to play, but he plans to make the most of next season.

"Do as much as I can my senior year to make sure I play more," Lindsley said. "Really happy I'll get the chance to play again."

Through it all, Lindsley still has one goal in mind: to play college football.